Campus conservatives say they are oppressed, others beg to differ 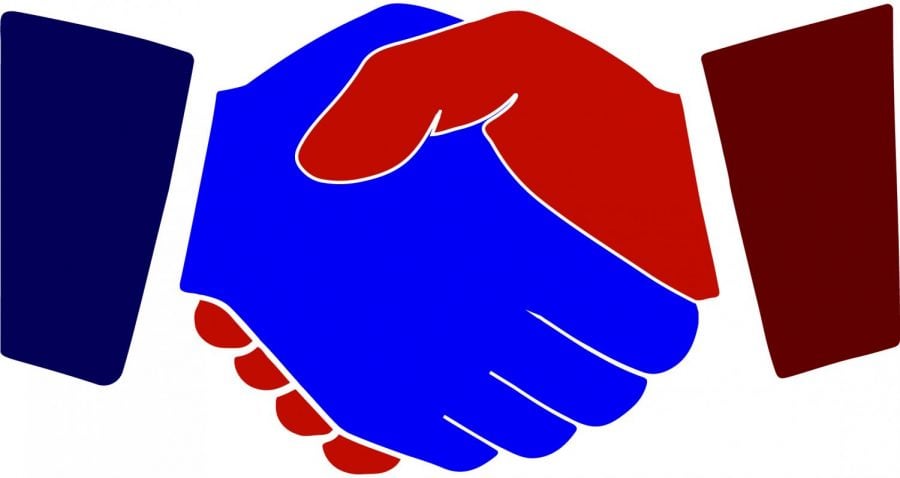 GRAPHICS BY ANNALISA BARANOWSKI | THE DEPAULIA

President Donald Trump often speaks about the “Forgotten American:” the average wage earner in middle America who feels as if their voice hasn’t been heard by elites in Washington, D.C. Unfortunately, the “Forgotten American” is also at DePaul in the form of conservative students whose voices aren’t acknowledged without resistance.

Identity politics is one of the biggest problems at DePaul that I have encountered. By far, a major hurdle is that some students believe that if you are a minority on any scale, then you must vote and support leftists by all means. It continues on in that if you do not support leftists, then you are either bigoted or misogynistic.

Jason Hill, a DePaul philosophy professor, called for universities to be defunded due to liberal indoctrination in an opinion piece for The Hill on July 16. Throughout the article, Hill pointed out that college instructors and supposed scholars are teaching their students to reject conservative principles such as free speech, capitalism and individualism.

“Cultural Marxism […] is simply a guise under which to politically indoctrinate students into becoming socialists who will do anything to prohibit freedom of speech on college campuses,” Hill writes. “We are witnessing a generation that will not tolerate other perspectives, students who will not hear opposing ideologies.”

Sadly, Hill is correct. Some right-wing students frequently face oppression of their free speech. Alex Kerr, a libertarian student, has been disrespected on numerous occasions throughout his DePaul tenure because of his political beliefs.

“I have faced plenty of criticism, hate and anger over my beliefs,” Kerr said. “My views have been mocked by students and professors in classes, which discourages me from speaking up in class sometimes. I have also had students start to get mad and animated about things I’ve said in class. I have plenty of stories and examples, but all in all, I feel like I am not able to voice my views openly most days.”

Similarly, Nick Gricus, president of the DePaul College Republicans, indicated that conservatives seldom get the opportunity to utilize their First Amendment right.

“As a student that has been at the center of countless ideological clashes over the past few years, I can honestly say this: tribalism begets tribalism,” Gricus said. “Conservative students have been cast out of the mainstream discourse on campus after being called every possible name and phobia (and) ism. Sure, campus conservatives are by no means innocent from engaging in similar ploys. But the perpetual finger- pointing will persist until we learn how to communicate with each other.”

Though it is factual that some conservative students have been shut out of discussions, Doug Klain, former secretary for the DePaul College Democrats, is not quite convinced that the campus conservatives are being completely oppressed.

“I have no doubt that they are treated badly in some way, but I don’t think that it’s this black and white thing of Republicans are oppressed at DePaul, liberals are elevated above them,” Klain said. “I think that there’s a lot of ways that Republicans are not treated so well and maybe sometimes do feel silenced […] But at the same time conservatives at DePaul are arguably the most powerful political group on campus, and so it’s really hard to kind of reconcile those two things.”

An integral and overlooked reason why Klain mentioned that the College Republicans are the most powerful group on campus is because they have the financial support to afford bringing speakers, sometimes controversial ones, to campus. Klain noted that some groups that financially help the conservatives out are both the Koch Foundation as well as F.I.R.E., the Foundation for Individual Rights and Education.

Much of the controversy attached to campus conservatives came about because of these speakers. Though they are invited on campus, some of them have been banned because of the potentiality of violence as a result. Previously, DePaul banned conservative commentators like Ben Shapiro and Steven Crowder.

“There’s some people like Gavin McInnes who I think are pretty cut-and-dry and should be denied, who directly advocate for violence,” Klain said. “That is personally my line—let anybody come as long as they’re not advocating for violence, which Milo [Yiannopoulos] did. And at the same time, the conservatives should recognize that some of the people they bring are not leading conservative thinkers.”

Communication is the next step in promoting civil discourse. But in order for this to take place, we need less shouting and more talking. Democratic students are not what DePaul conservatives take issue with. What college conservatives have a problem with is being publicly shamed when they express their beliefs.

“As a conservative student, I love the idea of attending an institution where my beliefs and arguments can constantly be tested and refined,” Gricus said. “However, I do not have that opportunity at an institution where students are taught to avoid, attack and defame opposing people and ideas. The fact of the matter is that the same side that supposedly champions tolerance dominates our nation’s universities and, in reality, espouses intolerance.

Change starts in the classroom. We need professors to create curriculums that allow for universal classroom engagement despite differing beliefs.

I have faith that my fellow Blue Demons will work toward being respectful to one another if instructors take the initiative. Until that happens, DePaul’s political environment will be one in which liberal and conservative views cannot peacefully coexist.