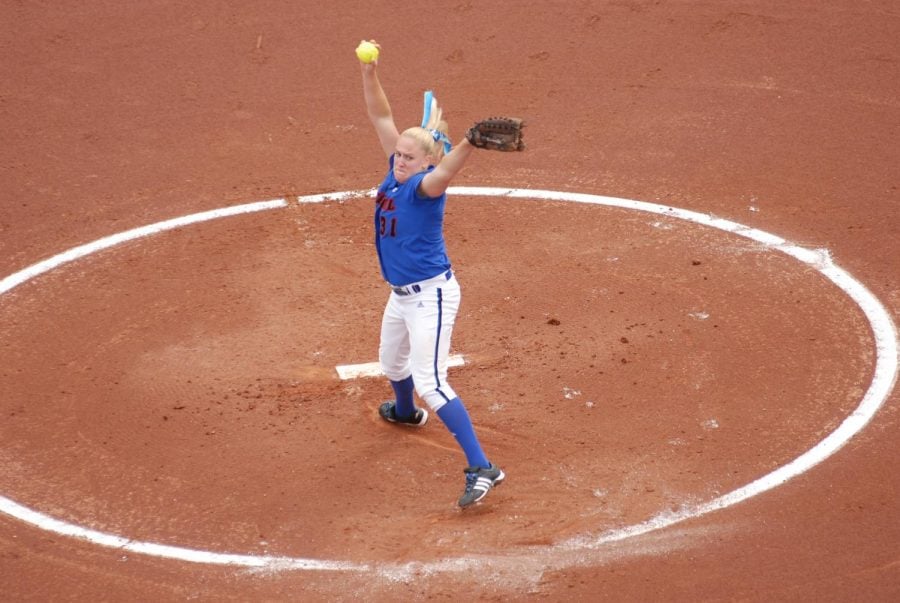 A familiar face to DePaul softball fans returned this summer in unexpected fashion, Tracie Adix-Zins is back in to Lincoln Park after her last season at DePaul 11 years ago. Adix-Zins comes in to takeover for Eugene Lenti after his sudden retirement in June and to help build on the success Lenti had in his 37 years of coaching.

The former All-American pitcher earned multiple individual awards during her senior season, including winning BIG EAST Pitcher of the Year. During the season she had a 22-4 overall record and went undefeated against BIG EAST opponents (10-0). While at DePaul she earned a Bachelor of Arts in communications and later earned a degree in sports pedagogy from South Dakota State.

“I feel ready for this opportunity and given that I played at DePaul, I know what it takes to be successful here,” Adix-Zins said. “DePaul holds a special place in my heart and I’m excited to get the chance to be their coach.”

Current players, like outfielder Angela Scalzitti are excited to get to know and learn from Adix-Zins because of her history with the school. Scalzitti has already watched videos of Adix-Zins during her playing career and was amazed at what she saw.

“Just about every season, Eug would bust out game film from DePaul’s Women’s College World Series appearances and I remember watching a game from 2007 when Tracie was pitching,” Scalzitti said. “He would brag about the success she had from the circle that year. When I heard that she was our new coach, I was excited because I knew that she played on the biggest stage and she knows what it takes to get there.”

One thing Adix-Zins will be be expected to do right away is win games. She will inherit a program that has been successful under Lenti, who racked up over 1,300 wins and won two straight Big East Conference titles.

Instead, Adix-Zins is not looking to get carried away with how many games she expects to win, but rather taking a one game at a time approach.

“We’ll take it slowly and not set a number on how many wins we want to get this season, the goal is to prepare for the first game of the season and take it from there,” Adix-Zins said. “We are returning a lot of our older players this season and I’m looking forward to our first practice together.”

Although there is an entire new coaching staff, Scalzitti believes that won’t change the expectations the team has this year on what they want to accomplish. The hope is to better last season’s results where the Blue Demons went 35-17 and taking both the BIG EAST regular-season and tournament titles.

“I think getting a new staff does not change our goals for the team,”Scalzitti said. “Our staff is well aware of the winning tradition of this program. We are still set on repeating as Big East regular season and tournament champions and making a run in the NCAA tournament.”

The excitement is already building around Adix-Zins on what she will bring to the program and how she will help improve the team for years to come. However, outfielder Brianna Viles is excited what her new coach can do to improve her own game and make her a better player for her senior season.

“I think Coach Tracie Adix-Zins will help me become a better player this year because she is very personable and has a deep understanding of the game,” Viles said. “That makes it easy to communicate with her about what I may be struggling with and how I can improve my game. I also think she will make me a better player because I know she is going to push me in every way and expect a lot from me as a senior.”