Caged children are still a reality in the U.S. 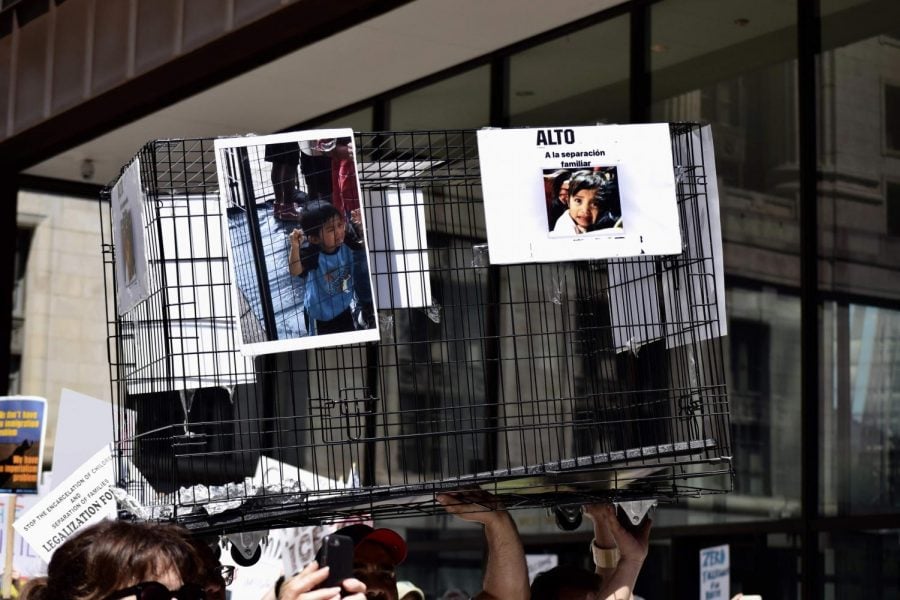 Despite the Trump Administration reducing the coverage of the detention of thousands of immigrant children, there is still so much to learn about what they endured while in custody.

Just this month, ProPublica Illinois was able to attain records of the 99 children separated from their families and sent to Chicago for holding; the youngest of them was 10-months-old. Forcibly separated from his parents, records showed that he was bitten by an older child while in detention and then later hospitalized for falling out of a highchair.

Even in the liberal, sanctuary city of Chicago there are records of hunger strikes, injuries and emotional trauma amongst the children. Many escaped from Guatemala, as well as Brazil, Honduras, El Salvador, Belize, Romania and India. The reasons varied, but violent states of many of these countries is a strong factor.

“It’s extremely hard, people have to put a lot of thought into this. Especially if they’re going to bring a child with them,” said Susana Martínez, a Modern Language professor at DePaul University. Martinez has worked with women and children throughout Central America, predominantly in Guatemala. She also oversees DePaul’s Merida study abroad trip, which works to better understand family life in Mexico.

“But for many, it’s not an option. They’re actually fleeing conditions… People are really going through a lot in their home countries, not just central America but other countries at war and other refugees all over the world.”

The current idea of an illegal immigrant is one of falsities. Those fleeing to the U.S. without papers are leaving countries ravaged by war, gang violence and corruption.

“Very often each person who comes up here has witnessed violence and or been threatened themselves,” said Kathleen Arnold, a Political Science professor at DePaul University, when describing the severity of conditions in Central America. “[Drug cartels] are recruiting children as young as seven years old.”

Arnold has been tracking the inhumane treatment of the children from both a political and social stance. She stated that in countries such as Guatemala and Honduras, law enforcement is either too scared to keep their people safe or they are collaborating with powerful drug cartels.

“Another piece of the puzzle that doesn’t get told is the U.S.’s complicity in all of this,” said Martinez while thinking about the corruption in various countries that cause families to come to the U.S. and risk separation. “The U.S. did so much to create this situation… and then we get what we have today, which has historically been happening overtime.”

Historically the U.S. has played a major role in establishing changes in governments, both participating in guerrilla warfare and threatening civilian lives. The U.S. continues to participate in these matters, all while rejecting those who seek asylum from said actions.

As Martinez said, “Their elite and our elite are creating a condition where only the elites are profiting from this.”

Those who are poor continue to suffer the consequences, such as being caught at the border and being separated from your children. This political strategy by the Trump administration is meant to deter immigrants from coming to the U.S.

However, people will not stop fleeing to the United States when their homes are in danger and they have no other options.

“The governments in Central America… there is just such a history of corruption, and of dictatorships and supposed socialists that just don’t turn out to be what the people expected them to be,” said Jessie Rosato-Wyan, a DePaul junior studying public health. Rosato-Wyan touched on her work with Global Brigades, which brings infrastructure to countries in Central America in order to promote community health where there is very little of it.

“We were in homes which had dirt floors and had metal roofs — just a sheet of metal as their roof — and I remember somebody saying, yes that’s what the government gives you,” said Rosato-Wyan as she recounted her time helping families in Nicaragua. “As long as you have your tin roof and a dirt floor, that’s enough for the government. But clearly people need more than that to be healthy.”

The conditions that many are escaping from– lack of children’s healthcare, unstable living environments, are all reasons that so many families have fled to the U.S. in search of safety.

“Most people who know about this would say that [the children] were first traumatized in their home country then traumatized while their fleeing,” Arnold said when reflecting on the immense ordeals the detained children have experienced. “Then you have this third stage of trauma of being detained and then the fourth is being forcibly separated from your primary caretaker.”

“It does incredible amounts of damage, and the government says they’re doing it as a deterrence rather than respecting the fact that they’re fleeing for their lives.”

Furthermore, the Trump administration wants to make matters worse for detained immigrants. The Flores Settlement, which was established in 1997, ensures that the U.S. cannot detain a minor for more than 20 days maximum. It says that if there is any way to return the child to their parents, legal guardians or other child-care services those arrangements should be put in place as soon as possible. The Settlement also requires the government to provide detained minors with clean food and water, medical assistance, well-kept facilities such as restrooms and finally supervision at all times.

The Trump Administration has already infringed upon this law. Amongst the detained children sent to Chicago, one boy from Honduras was kept in custody for 598 days. If congress were to agree to lessening the requirements set by the Flores Settlement, the situation would become much worse.

“To even detain people who aren’t criminals is against international law,” said Arnold. “You’re not supposed to detain asylum seekers. To forcibly separate the families adds to our own illegality… how we’re breaking the laws. Which we would not tolerate if it were a more privileged set of people.”

Still, the continuing stance on immigrants are that they are dangerous. Martinez comments on how the poor of Central American countries are continually blamed for the decisions of the wealth. She said, “It looks like the migrants are the problem. Why don’t we look on top and see the problems there?”