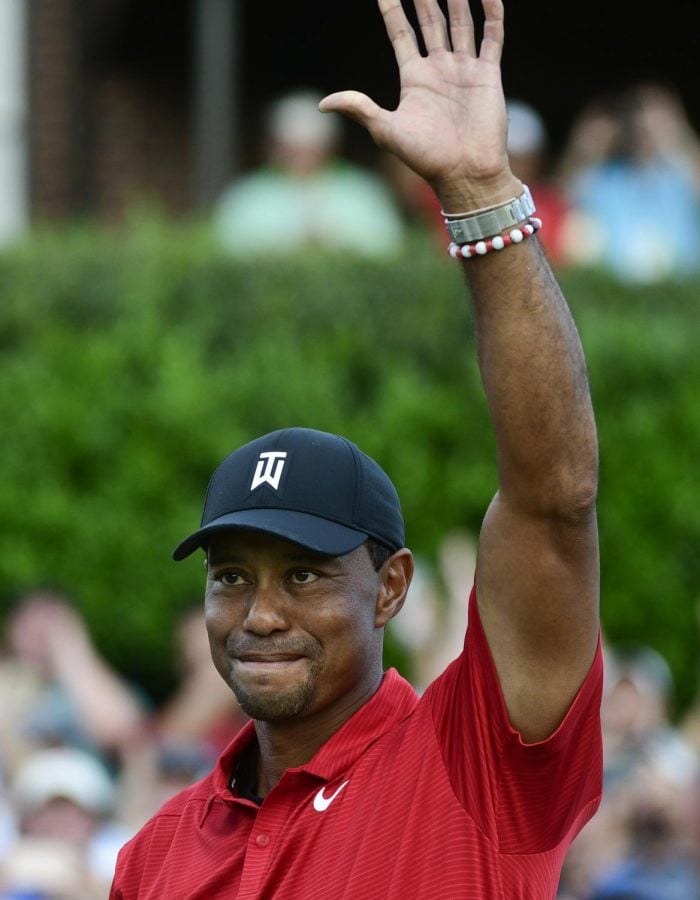 After five grueling years since his last win at the WGC-Bridgestone Invitational, Tiger Woods got back in the winners circle with his triumph at the Tour Championship last week.

For many golf fans, like me, watching Woods win for the first time in five years was a moment we will never forget. We thought we would never see Woods win again, and when Woods finally won last week, all of us fans experienced a historic moment in the sport.

“Joy, excitement, awe all the words that describe the spectacle he has become,” junior club golfer Joey Fremgen said.

When I began watching golf in 2011 I only heard stories about Woods incredible talent and results, I was too young to watch Woods in his heyday. After hearing people talk about how great Woods was in his prime, I became interested in golf and started watching Woods. However, even though there were moments of the “old Tiger,” he didn’t dominate golf like he once did.

“The way he was able to dominate the competition in the late 90s, every time he stepped onto the golf course and basically win every time because of the mental edge he held over everyone else,” Fremgen said.

I remember watching Woods when I was younger and the crowds he drew were out of this world, even if he wasn’t the same player and couldn’t dominate like he once did. Eventually I grew a fondness for Woods and started watching golf because I wanted to see him replicate his success from the past, but injuries and personal problems held him back from winning again – until last week.

A year ago Woods was arrested for a DUI and the video and pictures that were released the days following the arrest were startling. At that point the only thing on Woods’ mind was to get help and be healthy. Golf was an afterthought at that point.

Finally Woods gave all of us hope on August 31, 2017 when he tweeted a video of him being allowed to chip again. That started the talk that Woods might be able to come back again. When Woods made his first official start in December at the Hero World Challenge, you could say that’s when Woods completed his comeback.

However, the following 10 months Woods took me and the rest of his fans through a journey none of us will ever forget, ending it with his 80th PGA tour win.

“I was just really hoping Tiger would pull it off,” senior golfer Ronnie Griggs said. “I grew up watching Tiger at a very young age and I think a lot of people my age grew up watching Tiger be so dominate. To see him struggle the past five years and then to see him come back after all he’s been through, everyone my age was just pulling for him to win again.”

When Woods was dominating golf in the late 90s and early 2000s, people would turn out in droves to watch Woods on Sunday because of the show he would put on. It wasn’t just about his raw athleticism on the course, it was also that he was an intimidating force that could never be taken lightly. He brought the enthusiasm and excitement out of the crowds with his fist pumps and celebrations.

What he did on the golf course inspired many other golfers to start playing the game, so many players on the PGA Tour now have talked about the impact Woods had on them when they were kids. “I was interested in golf more than any other sport, but watching someone so dominant and lasered focused the whole round was eye-opening,” Griggs said.

In 2000 during the final round of the US Open, which Woods won, a young Justin Thomas was waiting in the clubhouse to meet his childhood idol. 18 years later, Thomas was waiting to congratulate Woods again after his win. Rory Mcilroy, who played with Woods during the final round, also gave Woods a big hug after the round to congratulate him on the win.

Woods hasn’t only inspired players on the PGA tour to start playing golf, but DePaul head coach Mark Schiene has also noticed lately the impact Woods has had on his players at DePaul.

“I couldn’t believe how big of an effect Tiger has had on them, all these guys grew up watching and idolizing him,” Schiene said. “I think he inspired a lot of then to be golfers and I didn’t realize what a big effect it had on this generation.”

Woods has gone through his share of personal problems that saw his marriage fall apart and his image being shattered into pieces only to before forgiven by many of his fans. Woods put himself in those positions and even for his die-hard fans, it’s something we can’t defend.

“I thought more people would be hating on him because of his past, but it’s seemingly forgotten and its fantastic that people can forgive him and embrace him for who he is,” Schiene said.

Up until last week there wasn’t anything that I’ve seen Woods do in my lifetime that I said I will never forget . However, when he was walking up to the 72nd hole, the thousands of people walking behind Woods put into perspective for me how much Woods has meant for those people and golf. Woods has meant so much to the game of golf that him winning again was much more than just another win on the PGA Tour.

As a Woods fan even I didn’t think this was possible. After his back problems it didn’t look like Woods would ever stay healthy enough to come back and compete on Tour again. However, he persevered through the tough times and completed one of the most improbable comebacks of all time.

Woods might never win again. He might never catch Jack Nicklaus’s major record, 18 wins, or Sam Snead’s all time PGA Tour wins, 82, however at age 42 Woods is still the main attraction in golf. When he plays ratings and viewership skyrocket. Without him golf is nowhere near as popular. Like him or not Woods has taken golf to another level and his impact on the game will never be forgotten.