The rise of conservatism around the world 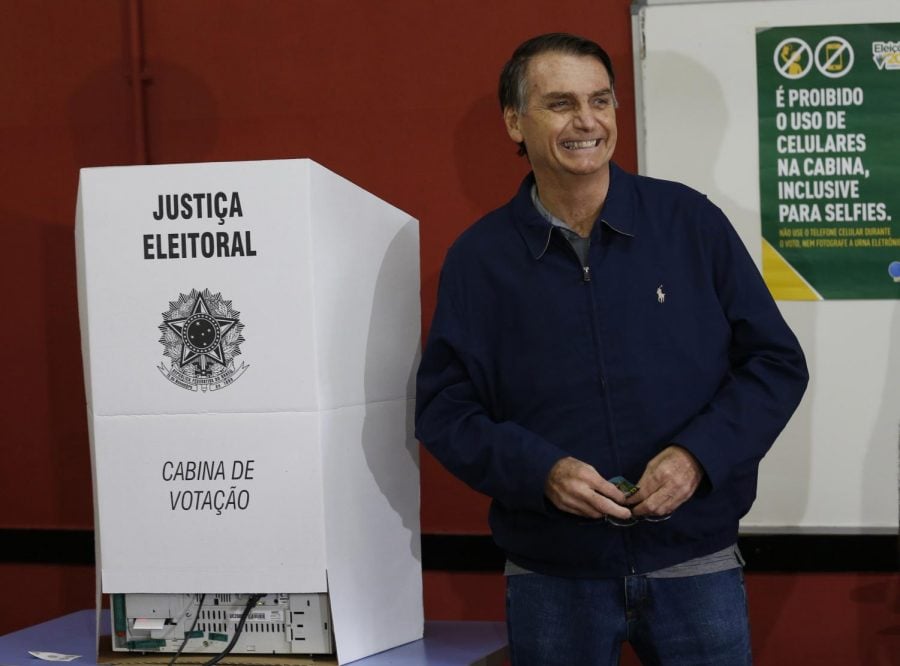 Throughout the world controversial and conservative candidates are sliding into positions of power. In France, there was the increased support of Marine Le Pen. In Italy, Interior Minister Matteo Salvini has gained immense support from conservatives in the country, as well as a political endorsement from Steve Bannon, former White House Chief Strategist in the Trump administration. In the United Kingdom, far-right politicians led to the decision on Brexit, as well as other impactful policies in regard to the European Union.

Each of these politicians have gained popularity largely for their anti-immigration stances and isolationist policies. Currently in the spotlight are U.S. Supreme Court Judge Brett Kavanaugh and Brazilian presidential candidate Jair Bolsonaro.

In the past week, both men have come to the forefront of international news. For Judge Kavanaugh, the allegations of sexual assault from Dr. Christine Blasey Ford have turned into a week-long FBI investigation before the Senate voted 50-48 in favor of him. For Bolsonaro, recent polls have placed the candidate in the lead for president over liberal Fernando Haddad.

“Why he is so controversial is because he has said so many derogatory things against women, against people of color, and against LGBTQ population,” Carolina Sternberg, Associate Professor and Chair of the Latin American and Latino Studies department at DePaul University. Sternberg, visibly distressed by Bolsonaro’s comments, went on to explain a time when the candidate said that he would rather have his son die than be gay.

According to Sternberg, Bolsonaro, a former military official, has been gaining popularity through his favoritism towards Brazil’s military, lax gun laws and anti-abortion rhetoric. rough social media Bolsonaro’s base of Evangelical and Conservative voters has gained more voice and agency in the country.

In contrast, the #NotHim movement has pushed back the far-right discourse by taking to the streets and demanding action from voters. According to Sternberg, some 300,000 women turned out to march in São Paulo alone. The movement is reflective of the Women’s March that rejected the election of Donald Trump and has become an annual event in the United States. Bolsonaro himself has been compared to Trump due to his incendiary comments.

“Bolsonaro is a strong fan of Trump. He considers him a god at this point,” Sternberg said. “Both are very similar in how they stand for radical change. And when I say radical change I’m not talking about change that favors people. It’s exactly the opposite.”

In the U.S., similar protests took place throughout the past week in response to the sexual allegations against Judge Brett Kavanaugh. While in Brazil the tension has focused on liberal or conservative politics, the fight in the U.S. had been to confirm Kavanaugh or stand with Dr. Ford.

On Thursday, Oct. 4, before the confirmation of Kavanaugh, colleges across Chicago protested the nominee in front of the American Bar Association. Groups such as Students for Reproductive Justice, International Socialist Organization and Students for Justice in Palestine came together to not only protest Kavanaugh but Conservative politics in general. “We want to show the world that there are people who are watching. We’re watching the people in power and we’re watching when they abuse us and we’re going to fight right on back,” Anais Donald, one of the students leading the protest, said. For Donald, the intersection of so many campus organizations showed how the actions of one man can impact entire communities.

“The only way that we’re going to be able to effectively fight back against getting someone so clearly a sexual predator and so clearly a misogynist into office is by continuing to build movements,” Tara Brown, a protestor and member of Socialist International Organization, said.

“It’s clear that the supreme court is viewed as this vehicle of impartiality, but the fact that Brett Kavanaugh has gotten as far as he has already even though a lot of his stories have been delegitimized,” Brown continued. “More critically three women have come forward testifying about sexual assault situations, and this has been not seen as enough.”

For those in Brazil and in the U.S., there is an underlying fear that all the protesting, calls to actions and campaigning will be for nothing. While the Chicago protest empowered Donald, it also worried Brown that what comes after the protesters leave will not be enough to constitute legitimate change.

“I think it’s really positive that this FBI investigation happened and that this [vote] was postponed, but if he gets confirmed tomorrow that shows that none of this was really enough.”

These reservations turned out to be justified. On Oct. 8, the U.S. senate confirmed Brett Kavanaugh, with only one GOP Senator voting against the nominee. Brazilian citizens will go to the polls for the first round of voting on Sunday, Oct. 7, just a few days later. Both voting results would determine policy in both nations for years to come.

As for Sternberg, she does not know what might come of either vote. “It’s a global phenomenon that we have to, unfortunately… go through this situation. I still have hope that Haddad will win the second round, but I have to be realistic.”