A Night at Concord with indie duo Now, Now 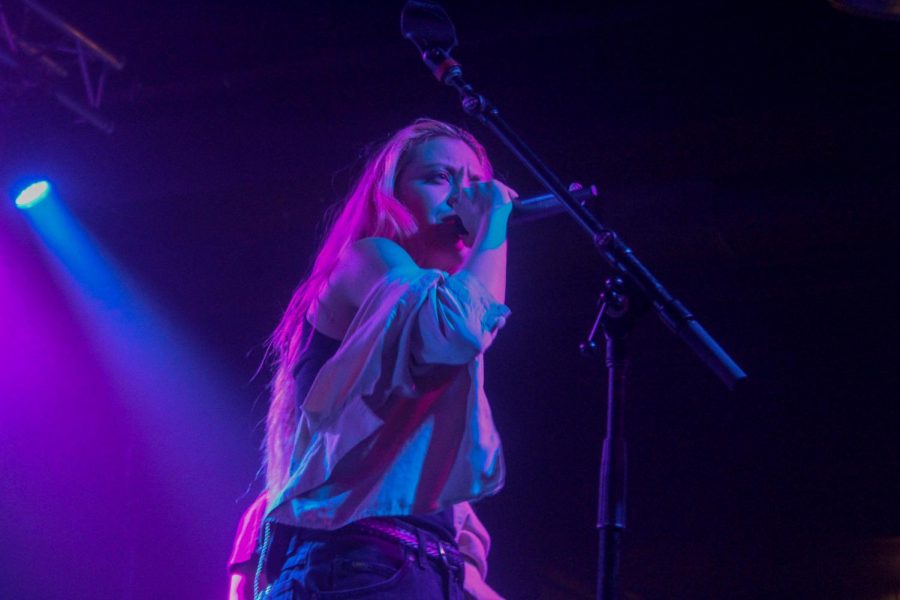 What makes indie-rock band Now, Now’s 2018 album “Saved” stand out from the others? Simply put, artists Cacie Dalager and Brad Hale are all about being themselves.

Formed in Minnesota in the mid-2000’s, Now, Now pairs acoustic guitar and synths with 90’s alt-rock inspiration to create a unique emo-pop sound. The pair has clearly moved forward from their previous anxious and dim sounding material to open up and release a more pop-infused sound.

“[The album] is more straightforward and more honest lyrically. There’s less hiding behind metaphorical phrasing and stuff like that… I’m, in general, way happier with it,” Dalager said.

Now, Now’s latest, “Saved” is the band’s first album in 6 years. “We learned a lot over the years in a technical way … We produced almost the whole thing by ourselves,” Hale said regarding the development of “Saved.”

The band is more exposed in this album and the project was approached in a completely different light than the past records the band released. Dalager explained it as the band asking themselves, “What do we like?” and, “What gets us excited about music?”

This new attitude and overall sound will pair them well with indie-pop band St. Lucia.

NPR said that the band’s song “SGL” from “Saved” “marks a grand re-entrance for Now, Now — it’s going to be an instant classic.”

Songs of Now, Now’s past may have felt closed off, but the band’s latest album provides sounds of true lyrical and musical freedom and experimentation.