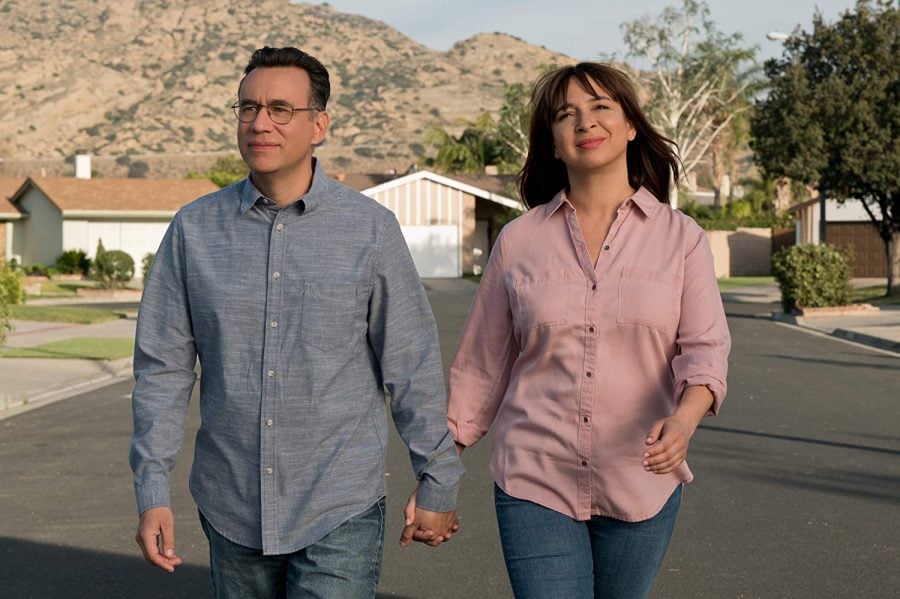 After 13 years of fishing trips and mundane dinners, would you attempt to shake up your life with something new? Could you leave someone you truly love due to the monotony of your life together?

Maya Rudolph and Fred Armisen answer these questions in the new Amazon Video show “Forever” as married couple Oscar and June. Co-creators Matt Hubbard, a producer and writer for “30 Rock,” and Alan Yang, co-creator of “Master of None,” have mastered their craft in “Forever” and present audiences with what can only be described as the perfect “Dram-Com.” In the opening montage, viewers are treated to the entirety of their relationship from looks across a bar, to Oscar’s obsession with DiGiorno Pizza, to shameless bowling alley celebratory dancing, to a mariachi band-backed proposal. Hard-hitting truths then begin to befall them as their marriage becomes stale and mundane over a decade of commitment to each other. They continuously relive the same experiences in the style of a more realistic “Groundhog Day.” In a desperate attempt to change their monotonous life together, June convinces Oscar to forgo the annual fishing trip for a ski vacation.

While the remainder of the season possesses enough plot twists to make even M. Night Shyamalan blush, a few choice facts never change. June is tired of her life and needs change, while Oscar dislikes change and desperately holds onto what he knows. However, they both truly love each other despite their differing needs.

At its core, “Forever” is a dramatic, grandiose epoch of emotion, sprinkled with semi-cringey, off-kilter comedy to lighten the mood and to balance the weight of the heavy topics being dealt wit. The best example of the grandiosity of the show’s emotional interactions is the sixth episode entitled “Andre and Sarah,” which exists as a stand-alone episode and has little to do with the main plot of the show. It follows two realtors and their 30-year on-and-off relationship as they debate whether they should leave their families and officially be together. While the episode does nothing to further the established narrative, it adds to the emotional buildup viewers feel and deepens the emotional complexity of decisions and feelings that characters are experiencing.

If binge-watched, the story reveals itself as an operatic display rife with complex emotions which both the character on- screen and the viewers at home have difficulty explaining. The entire first season supposedly takes place over couple days or a week, so binge-watching will allow the viewer to perceive the roller coaster of emotion “Forever” presents in full force. Moreover, the intermingled comedy makes the show an easy watching experience.

Armisen and Rudolph are revered for their off-kilter, sometimes cringey senses of humor as seen in previous shows such as “Saturday Night Live,” “Portlandia” and “Big Mouth.While “Forever” is indeed funny, witty and expertly written, the show’s main plot point should not spawn comical adventures. We all expected the immature screaming match with a 12-year- old skier from the two comedic veterans, but not necessarily the heart-wrenching and emotional performance Rudolph presents. She perfectly mixes the back- and-forth buddy banter with co-star and on-screen husband Fred Armisen while revealing her true acting ability in dramatic scenes. This is a must-watch. Regardless of one’s preferences, most viewers will likely finish “Forever” satisfied with its inventive comedic style. And, hopefully, they will walk away with a more mature understanding of their emotions and a deeper knowledge of themselves.