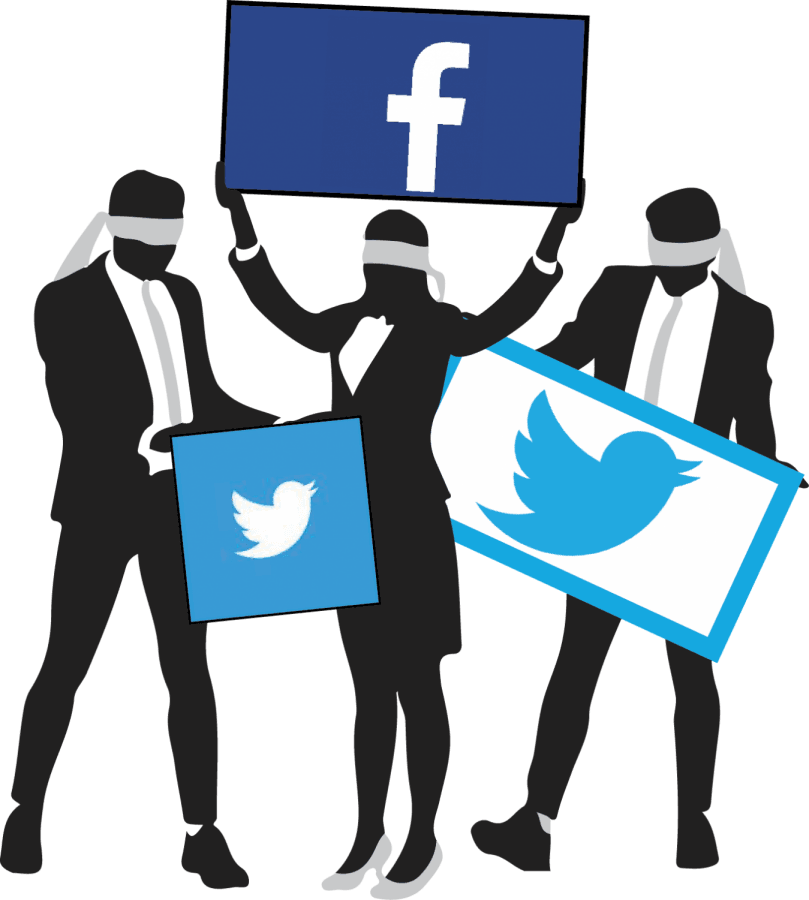 Social media trends come and go. One week Facebook users are uploading videos of the Drake- inspired Kiki dance challenge, and the next they’re busy sharing memes about moths and lamps. For social media users whose primary sources of political news are sites like Twitter and Facebook, keeping up with politics is beginning to become equivalent to keeping up with the latest Internet trend.

Social media users’ tendency to absorb and then quickly dismiss new content is sometimes quite beneficial. Our fickle interest in trends ensures that our timelines don’t become flooded with too much niche humor or overdone content. It keeps the things we choose to engage with fresh and interesting. However, when frequent users, especially young students, use social media as their primary source for information about politics, many of them apply this same fickle mindset to consuming political news content. This leads to students not being properly informed about important political ongoings.

During Associate Justice Brett Kavanaugh’s highly controversial appointment hearings, I noticed an abundance of misinformation across my Facebook timeline. One common theme I noticed among status updates, comments and even memes shared by my Facebook friends was that many of them used the word “convict” when discussing the Kavanaugh hearings. Whether their posts conveyed that they wanted to see Kavanaugh convicted or that they believed allegations of sexual assault against Justice Kavanaugh were a liberal conspiracy, all of the posts contained one major error: Kavanaugh was not able to be convicted, or acquitted, of any charges.

Kavanaugh was not on trial. He was not being tried in a court of law but rather he was simply sitting at a standard appointment hearing. For an Associate Justice nominee, an appointment hearing is equivalent to a job interview. These hearings ensure that the nominee is qualified and able to serve as a Supreme Court Justice. The only abnormal thing about Kavanaugh’s hearing was the relentless questioning about his alleged sexual assault of Dr. Christine Blasey Ford.

Referring to the Kavanaugh hearings as a trial may seem like a trivial word choice error, but the spread of political misinformation is a serious problem that affects many people, especially those who obtain most of their political information on social media sites. According to a survey of 45 current DePaul students, 88.9 percent of students reported that they watched the Kavanaugh hearings, but 37.5 percent of those students only watched the hearing through videos they found on social media sites like Twitter and Facebook.

Of the 45 students surveyed, nearly 75 percent of respondents were in the 18 to 20 age range, and all the respondents were at least 18 years old. A combined 93.3 percent of respondents reported that they perceived themselves as either about as politically informed or more politically informed than their peers. When asked why they either did or did not watch the Kavanaugh hearings, these 45 DePaul students provided answers that ranged from “It was an important moment in American political history” and “I was just interested. I knew it would be talked about as well, so I wanted to be informed,” to “I wanted to actually hear what Kavanaugh and Ford had to say, not just read headlines.”

These answers demonstrate curiosity about current events and hint at political activism. When asked if the students considered themselves “activists,” 51.1 percent said yes. Additionally, 88.9 percent of the students who took this survey were registered to vote and 84.4 percent had plans to vote in the upcoming midterm elections. However, some of the answers students provided were not nearly as sincere or informed as the ones previously mentioned, such as “I didn’t know [about the hearing]” or “I only saw bits on Twitter.”

When surveyed about how the students access news, every respondent stated that they use social media in some capacity to stay informed. Many students listed specific publications they engage with, such as NPR, The New York Times and Fox News. When asked which specific news sources they follow on social media, three of the most popular responses were Twitter, Facebook, and the digital media entertainment site BuzzFeed; but none of these three platforms are specifically news sources. Other students said they “stay tuned on Snapchat” or read “only credible sources,” although the students who reported they follow credible sources did not list any specific publications.

Sophomore Patrick Elliot is studying history, political science and journalism at DePaul. Like many of the students who were surveyed, Elliot utilizes social media sites to stay politically informed.

“The first thing I do in the morning is check Twitter and Facebook. I get CNN alerts on my phone,” Elliot said. “I really don’t go to CNN.com or type an address [into my web browser.] I just click on a link whenever I see it on Twitter or Facebook.”

As Elliot demonstrates, social media makes it easy for students to learn about political matters. Instead of going out of their way to purchase a newspaper, social media users can have political content delivered to them with news alerts or by following news outlets. Additionally, there are some aspects of social media that allow it to be more effective than news outlets.

Senior Doug Klain is studying political science and Russian studies at DePaul. While Klain acknowledges the many downsides to using social media to stay politically informed, he also recognizes that some platforms, such as Twitter, are capable of keeping the public informed in different ways than traditional news outlets can.

“When a big news story breaks…I will see the initial AP alert and I want to know more about it right now, but I understand that full articles or full coverage of it have not been done because it literally broke seconds ago,” Klain said. “So the first place I got to check is Twitter because there are journalists who are on the ground tweeting out what’s happening, putting out pictures.”

“I like to think I get a good spread [of news],” Klain said. But I do use Facebook and Twitter a lot because I use those platforms a lot and naturally the people I follow and the makeup of my timeline is made up of a lot of journalists and a lot of news sites. My Twitter timeline is equal parts ‘people I know and social stuff ’ and ‘engaging with journalists.’”

While following news platforms and journalists on Twitter is a great first step, it isn’t enough. Students who glance at headlines as they swipe down their feed without further exploring the stories behind the headlines often consider themselves informed on a subject even though they aren’t reading anything beyond a 10-word headline.

To these students, Klain recommends that they focus on exploring news that appeals to their interests.

“Not everybody cares about news […] but if you’re in college, there’s something that you care about in the world and there’s something in the world that interests you and there’s news about that,” Klain said. “There’s coverage for it. You can look out and find good information on it. But regardless of where you look for information, you should be careful about if it’s good information or not […] too often, people take things at face value.”

f you are interested in learning about your options and the offices you can vote for in the upcoming election, head to ilvotes.org for more information and to build your own ballot you can take to the polls.