Backlash over a black Bond 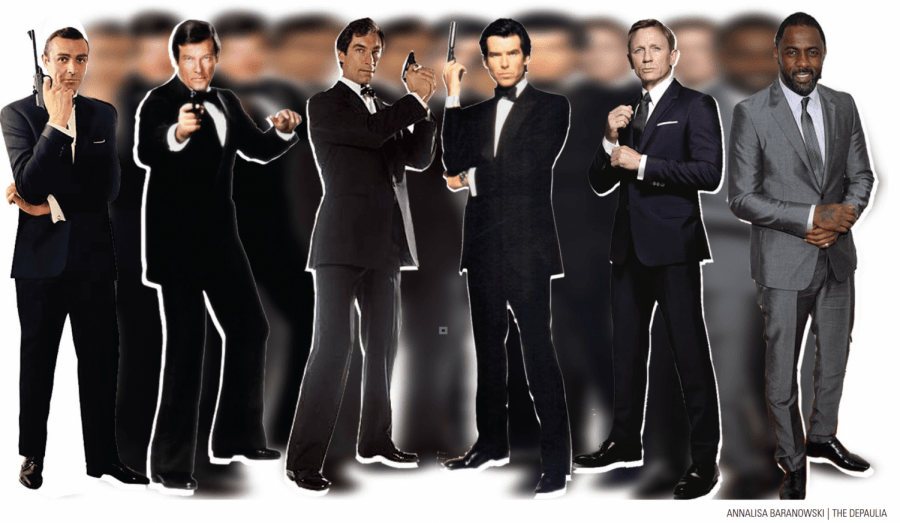 When rumors began to stir that British actor Idris Elba was in line to become the next James Bond in 2015, much of the internet erupted in joy and support with a large amount of optimistic skeptics. But not only was Elba the subject of much fanfare over the prospective role, he also faced vicious comments and hateful racist rhetoric online. For many people, it seemed that the idea of a black Bond was tradition-breaking, which was the justification largely used to support much of the racist comments that were launched Elba’s way. 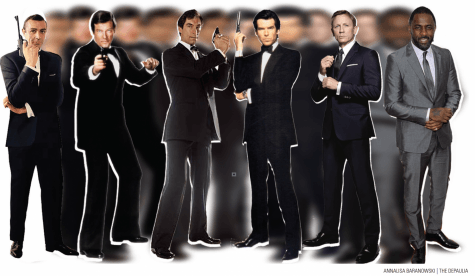 Unfortunately, Elba’s experience was familiar to a handful of actors and actresses that have filled these roles, including Noma Dumezweni when she took the on stage role of Hermione Granger in “Harry Potter and the Cursed Child” in 2016 and Zendaya Coleman when she starred as Mary Jane Watson in “Spider-Man: Homecoming” (2017). Coleman has made headlines even more recently after being rumored to play Ariel in the live-action “Little Mermaid.”

Evan Johnson, the Ida B. Wells post-doctoral fellow at DePaul specializes in race, media and how white supremacy manifests itself and its permanency within visual culture. In his view, there are only a few schools of thought for fans to justify any arguments surrounding potential castings of actors of color. Either the fan is concerned about the fidelity and authenticity of a character or there are race-based motivations.

Lastly, Johnson said there is a third group entirely: those that use the first rationale to cover up for their belief in the second.

“They pretend that they want something that keeps fidelity going,” he said. “But really their interest is maintaining a system where it’s primarily white faces on movie screens and TV screens.”

The backlash and dialogue it sparked were made possible by the advent and prevalence of social media and the many rapidly growing fandoms online. Fans and fandoms are involved in the media process more than ever before, with direct access to producers, writers, directors and actors through social media. This then shifts the power balance between the creators and the viewers, according to Paul Booth, an associate professor in media and cinema studies at DePaul who research partly lies in fandom, popular culture and new media.

“[Twitter and other social media] can often lead to fan entitlement, where fans feel like because they are a large group, and media producers tend to be a small group, that fans have some sort of right to tell the media producers, sometimes in very aggressive terms, what should happen or how something should progress,” Booth said.

And while fandoms can regress to negativity and hostility toward those in charge in Hollywood, they can also create a sense of belonging for people that share similar interests.

“[On social media] you can find thousands of other fans and you can join a community and feel included and it’s kind of a wonderful step forward in people joining and feeling a part of something,” he said.

For some truly dedicated fans of films, shows and characters, these casting changes can actually seem extremely serious because many people view change as a threat. Instead, Booth said, the diversification of content and actors should be seen as a step forward.

“[Change] can be something that can help us grow as people and that’s what I think the power of diversity shows,” he said. “It shows a maturation of being a fan.”

While the recent influx of people of color on screen is essential, the vast majority of content is still predominantly white and male. A 2016 report issued by the Ralph J. Bunche Center for African American Studies at UCLA stated that “in both film and television, women and minorities remained notably underrepresented in every arena.”

The breakdown of representation has hardly changed since then, despite the continuously changing demographics of the country. Because of that, vast portions of Americans are not seeing themselves or their experiences reflected on screen.

“These are parts of what happens in this larger system of white supremacy where black and brown people in particular are told that they are inferior and that then is represented in the media that they consume,” Johnson said.

Lack of representation can also have adverse effects of self-esteem and self-image, mainly for children who base their perceptions of reality on what they see in the media. In turn, it could limit the belief that a child has in themself because they’re just simply unaware of what is truly possible.

“Representation matters because it helps people to see themselves and see possibilities for themselves in the future,” Johnson said.

Yet while the importance of representation and diversity on screen cannot be understated, neither can the practical realities of how Hollywood functions. It’s a money game and that truth prevails above all else when it comes to decision-making at nearly every level.

However at the same time, the viewership of the most popular media today is made up largely of minorities. According to Johnson, black and Latinx people in particular go to movies and watch television more than white people do. This then begs the question of what it will take for Hollywood to acknowledge the immense buying power that rests with audiences of color.

The recent success of films like “Black Panther” and “Crazy Rich Asians,” in which they featured large ensemble casts that were almost entirely black or asian respectively. In theory, these films should justify to some degree the profit potential of diverse media, prompting similar projects in the future. But until then, the waiting game for progress continues.