Mercy Hospital shooter was a graduate student at DePaul 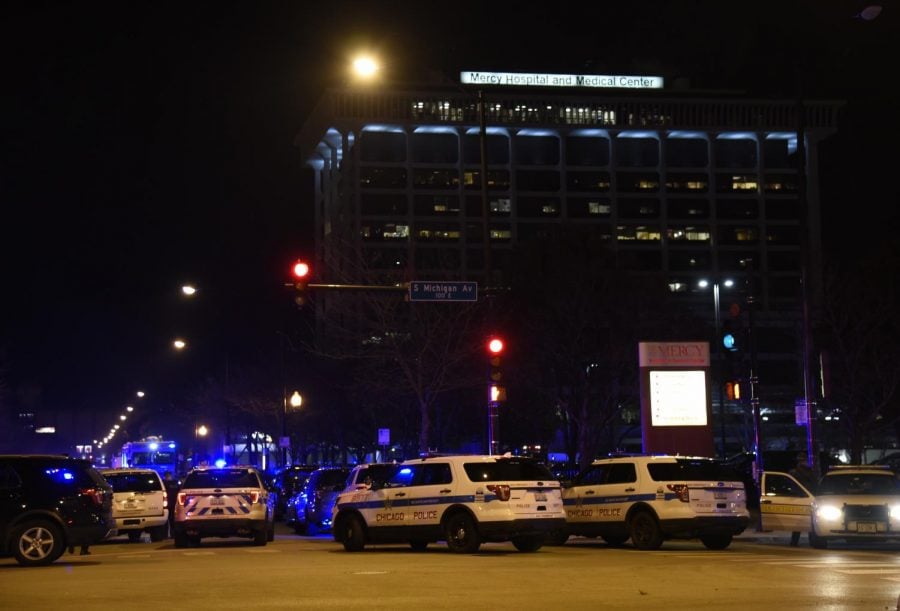 The shooter who killed three people at Mercy Hospital on the South Side Monday evening has been identified as Juan Lopez, a DePaul graduate who was pursuing a master’s degree in public service, a university spokesperson confirmed. He graduated with a bachelor’s degree in 2013.

Lopez, 32, killed Tamara O’Neal, his ex-fiance and a doctor at the hospital, pharmacy resident Dayna Less, 25, and Chicago police officer Samuel Jimenez, 28, according to police. Jimenez joined the department in February 2017 and had just completed his probationary training, police said.

Chicago police superintendent Eddie Johnson said the shooting began as a verbal altercation in the parking lot of the hospital between Lopez and O’Neal.

When the argument escalated, Lopez lifted his shirt to display a handgun in his waistband, police said. O’Neal tried to flee the parking lot and this is when Lopez shot and killed her, Johnson said. Lopez fired several shots at responding officers, striking their squad cars, and ran into the hospital, police said. Officers gave chase and they exchanged gunfire with Lopez inside the hospital, which is when Less, Jimenez and Lopez were all fatally shot, police said.

Lopez was found dead with a gunshot wound to the head, but Chicago Police Department spokesperson Anthony Guglielmi said it is not yet clear whether or not it was self-inflicted or if he was shot by police.

A visibly upset Mayor Rahm Emanuel said Jimenez was “selfless in his actions.”

“The city of Chicago lost a doctor, a pharmaceutical assistant and a police officer, all going about their day, all doing what they love,” Emanuel said at a press conference Monday night. “This tears at the soul of our city. It is the face and consequence of evil.”

“Every shooting in America is a tragedy, and it is especially senseless when a shooting occurs in the healing space of a hospital,” the hospital said in a statement.

Lopez was working at the Chicago Housing Authority as an associate program specialist since February 2018, the department said.