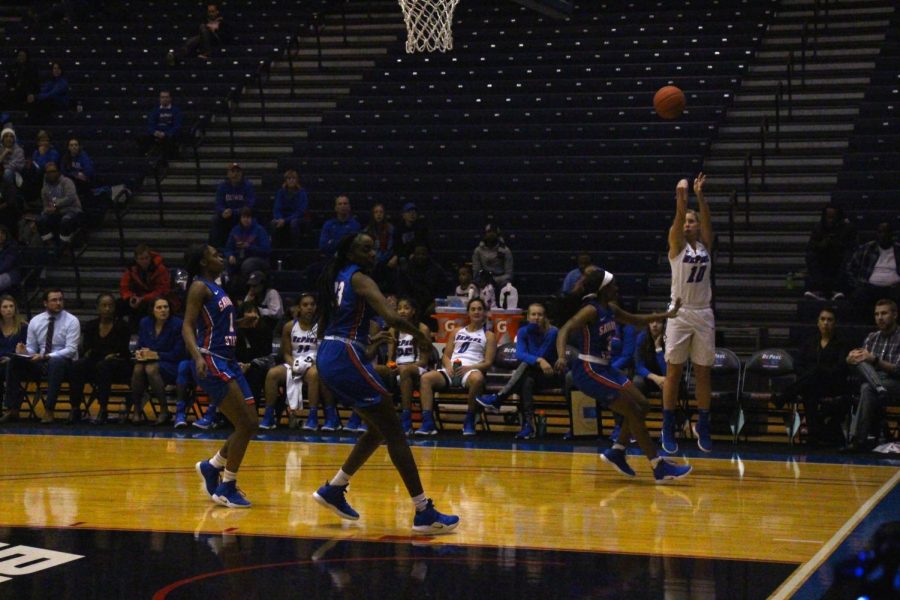 A good seven days for freshman guard Lexi Held was capped off with some good news as she was named Big East Freshman of the Week Monday afternoon.

Held tipped off last week with a career-high 28 points to go along with three steals in DePaul’s 124-66 victory over Savannah State. Against then No. 2/2 Connecticut, Held also hit all three of her shots as she finished with seven points against the Huskies.

“I was trying to let the game come to me more this game than I have in the past couple games,” Held said after the win over Savannah State. “So I was excited to really push through and have a great game.”

Bruno was happy to see her freshman guard have a big night as she looks to build confidence during the non-conference portion of the season.

“It was good for Lexi (Held) to be able to get some deep breathing practice in and get some nice space into some good looks,” Bruno said after the win. “She knows that she can make the same shots in college as she made in high school, and so I think that was good for her confidence tonight.”

Overall the five-foot, 10-inch hit 14-of-21 shots from the field including 6-of-11 from 3-point range last week, while finishing with 35 points.

The freshman’s got this week off to a good start as well Monday afternoon with 13 more points against Temple, as she hit of five-of-six shots on the afternoon, while also collecting an assist and rebound.

This is the first Big East award for Held, and third overall for the Blue Demons after senior guard Ashton Millender and sophomore forward Chante Stonewall won back-to-back Player of the Week awards in November.

Held and the Blue Demons will be back in action Wednesday night against rival Northwestern.