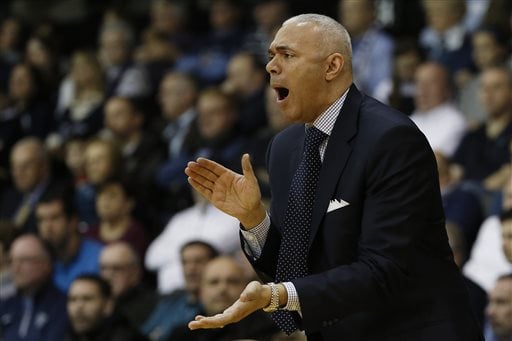 “Our new agreement with Madison Square Garden means that Big East schools, players and supporters will have the privilege of playing our conference tournament at the ‘Mecca of College Basketball’ without interruption for another decade,” Big East Commissioner Val Ackerman said on the conference’s website. “The Big East Tournament at MSG has long been synonymous with tradition, rivalries and heart-stopping moments, and we are very grateful to Jim Dolan, Andy Lustgarten and Joel Fisher for their support of one of the most enduring alliances in the sports world.”

Not many people were more happy to see news of an extension than DePaul head coach Dave Leitao, who grew up in Massachusetts and watched the advent of the Big East in 1979 on a small television at home as they bounced around to a variety of locations before finding a home for their conference tournament at Madison Square Garden.

“I grew up around the corner from Providence College and I went to a lot of games and the first few years [of the Big East] it [the conference tournament] went a lot of different places,” Leitao said. “I remember it being in Hartford and then when it settled into New York it became synonymous with Big East basketball. To have it there for 10 more years it’s an honor to this league. What it means to the landscape of college basketball, what it means to the Big East. I’m very proud to be part of that because there’s nothing more special than being part of a week for what the Big East Tournament represents for college basketball.”

Although the current Big East contract with the Garden runs through the 2025-26 season, and had an out clause in 2022, the conference faced pressure as other conferences have also held their postseason tournaments in New York City in recent years.

Last season, the Big Ten held its tournament at the Garden the week before the Big East Tournament, and the ACC hosted theirs at the Barclays Center two years ago. Speaking with reporters in October, Big Ten Commissioner Jim Delaney said his conference would host the tournament at the Garden in the coming years, but would prefer to hold it during the traditional championship week.

Speaking with Fox Sports’ reporter John Fanta after the press conference, Ackerman noted there was a motivation to make sure the Big East held onto their spot.

“I think Garden really was moved by the loyalty, the long history, what our conference has been able to do in the five years since reconfiguration,” Ackerman said. “I think rightly there were questions early on whether the Big East Tournament could withstand the test of reconfiguration and I think especially this past year we’ve done that and more.”

The Big East Tournament gets underway March 13 with the first round matchups.