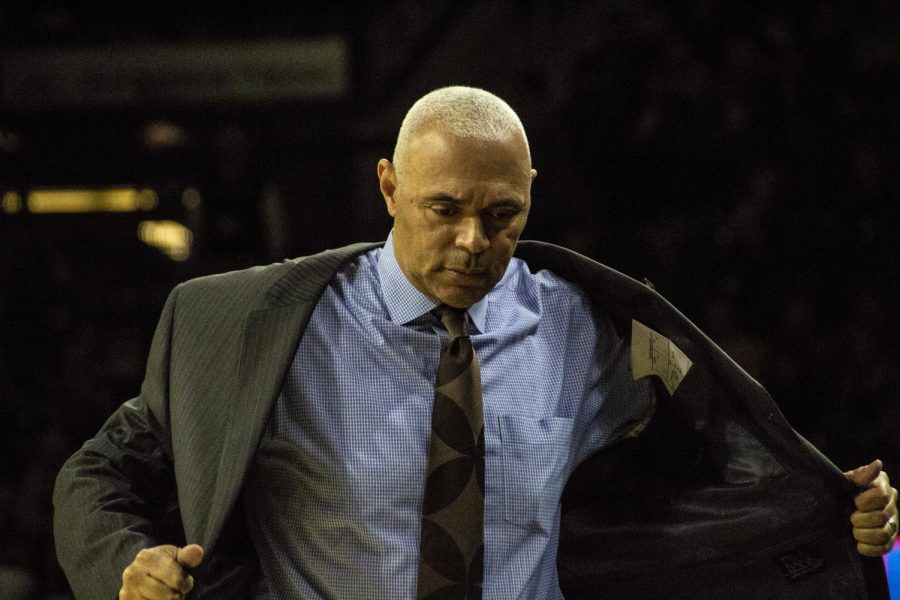 DePaul’s first game of 2019 looked a lot like the last couple to end 2018 as another halftime lead slipped away from DePaul (8-5; 0-2 Big East), this time a 73-68 defeat at the hands of defending national champion Villanova (10-4; 1-0 Big East) Wednesday night at Finneran Pavillion.

Early on, DePaul took advantage of a Villanova team that had not played since Dec. 22. The Blue Demons hit nine of their first 13 field goals as they jumped out to an early 21-14 lead just over eight minutes into the game.

Approximately midway through the first half, the Wildcats began to find their way defensively as they turned to a zone in hopes of slowing down the inside presence DePaul established early that helped DePaul open up a 30-16 lead after an Eli Cain 3-point jumper.

It worked as Villanova responded with a 13-2 run to cut DePaul’s lead to three with just over four minutes to play in the first half.

Despite the late run, DePaul managed to hold on for a 38-34 lead through 20 minutes. Senior guard Eli Cain paced the Blue Demons with 14 first-half points, although he would be held to just two points in the second half.

One of the main reasons DePaul was able to hold this edge came as a result of their work in transition and crisp ball movement. The Blue Demons finished with 18 fast break points and also had 12 assists on 16 made field goals.

DePaul opened the second half in promising fashion with a 3-point shot from Max Strus on the first possession of the half and followed that up back-to-back baskets from sophomore forward Paul Reed that helped DePaul open an 11-point lead. Villanova quickly responded with five points from Eric Paschall and Collin Gillespie to get the crowd back into it.

Villanova only took its first lead of the game with 8 minutes and 35 seconds remaining in the second half after a 9-0 run gave the Wildcats a 60-56 lead. Strus would halt the run with a 3-pointer with the shot clock running down to draw the Blue Demons back within one.

Down the stretch, DePaul’s defense did it’s job  holding the Wildcats without a field in the last four minutes of the game. Two turnovers inside the final two minutes, however, ended up costing DePaul despite the late opportunity to tie the game.

The Blue Demons were able to close the gap within two as Cain scored his first basket of the half with 52 seconds to play to cut the lead back down three. After Villanova freshman Saddiq Bey’s shot bounced in and out, DePaul got their chance to tie the game but Strus’ shot missed wide right as the Wildcats hung on for its 17th straight win against DePaul.

DePaul returns home to face Seton Hall on Sunday afternoon at Wintrust Arena. The Pirates improved to 2-0 in conference play with an 80-70 victory earlier Wednesday night.