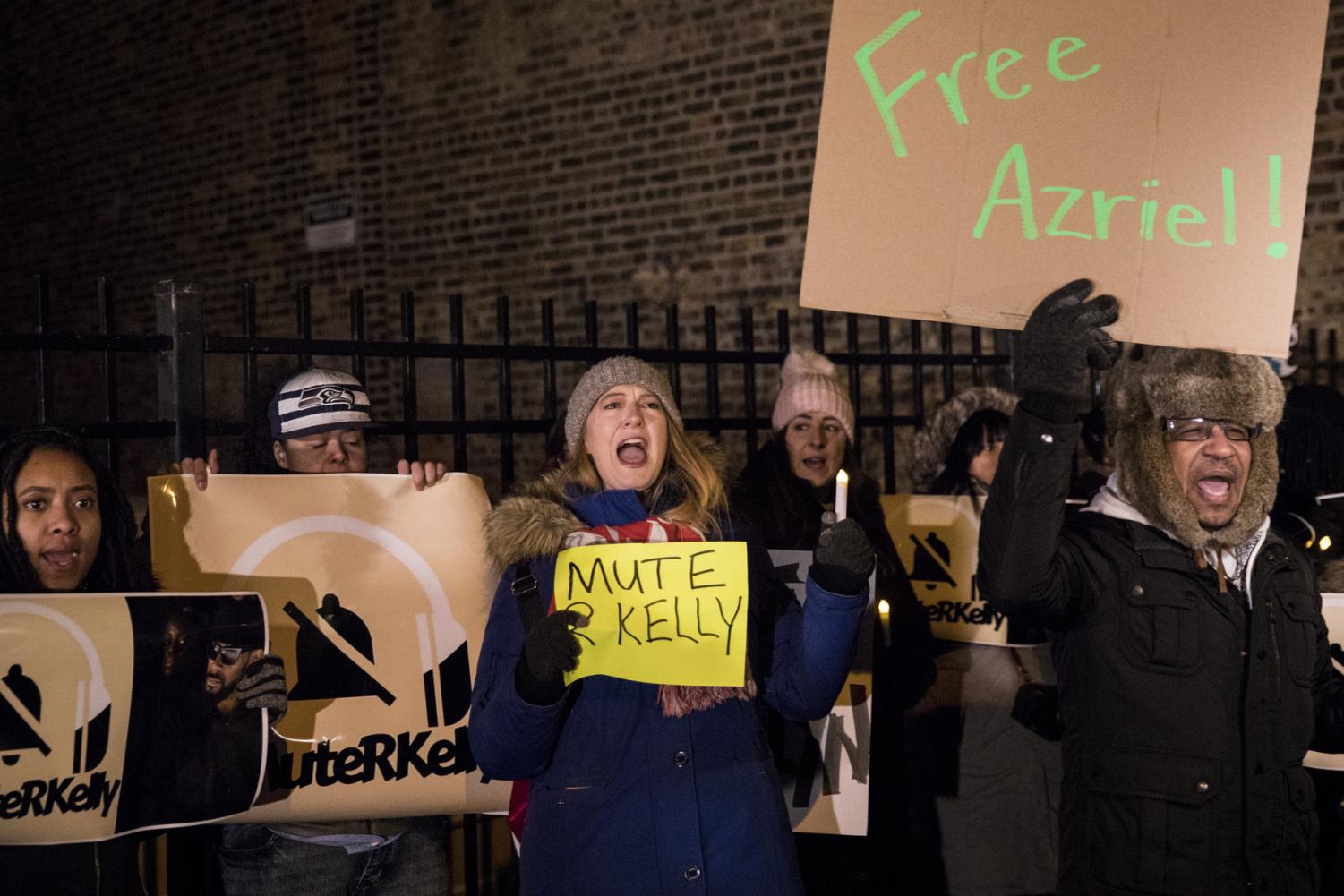 The first two episodes of the six-part docu-series “Surviving R. Kelly” premiered on Lifetime on Jan. 3. The third and fourth episodes aired the next day, and the series came to a close on the 5th. If you were on Twitter at all during that period, you most likely saw something about R. Kelly, especially if you live in Chicago.

Robert Sylvester Kelly, better known by his stage name R. Kelly, was born and raised on the South Side of Chicago. During his time as an upcoming R&B artist, Kelly developed a reputation hanging out with and picking up underage girls at southside high schools and a McDonalds in Hyde Park, Chicago.

In 1994, he secretly married his mentee, 15-year-old artist Aaliyah Dana Haughton, who released her debut album titled “Age Ain’t Nothing But A Number” the same year. In 2002, after bootleg copies of Kelly’s infamous “pee-tape” allegedly showing him urinating on an underaged girl became public, the untouchable R&B artist was indicted on 21 counts of childpornagraphy charges. In 2008, the R&B artist was found not guilty on all counts.

After a series of stunning accusations in the Lifetime Network’s “Surviving R.Kelly,” Chicago prosecutors say they are now pursuing legal action against Kelly.

Chicago Twitter was particularly active during over the three days the docu-series premiered. Local rapper Malcolm London tweeted on the Jan. 4, “engaging in sex with an underage girl is rape.” Local artist Troi Warren quoted the tweet the next night, writing: “So is coercion, Malcolm.” Warren proceeded to tweet a thread detailing an experience with the rapper in which he coerced her into having sex while she was under the influence. Then she tweeted another thread, this time outing her statutory rapist, a different local rapper. 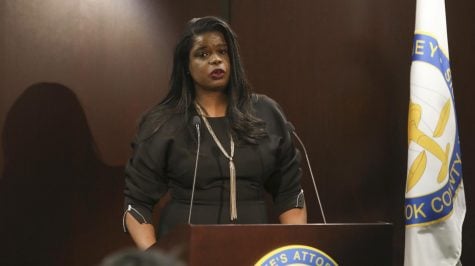 Feeling empowered by the “climate of awareness that the ‘Surviving R. Kelly’ series has cultivated on social media,” Kaiann Kathryn, a senior at Riverside Brookfield High School in Riverside, Illinois, outed her abusers as well. In the early hours of January 6th, she quoted one of Warren’s tweets, writing, “I’m here 4 calling out abusers,” and proceeded to disclose the identity of her rapist, a local performance artist who raped her while she was “half unconscious off xans” at age 14. Then, Kathryn outed yet another local rapper, saying he “celebrated his 20th birthday by having sex with me when I was 13 years old and under the influence.”

“I sent out my tweets late at night, and then they gained a lot of attention that I wasn’t expecting,” says Kathryn. “The next morning, I saw a couple tweets that were like, ‘what’s gonna be the hashtag?’ I actually went and talked to my mom about it, and she helped me come up with the hashtag. I landed on #SurvivingLoudly, because it’s about finding your voice, and finding your power and finding your healing; reclaiming all of that.”

On January 6 the #SurvivingLoudly hashtag gained national traction, and Kathryn created a Twitter page of the same name.

“The page came from all of the attention that the hashtag got,” says Kathryn. “I felt like so many women were feeling empowered and wanting to be a part of the conversation. I wanted it to be centralized so that you could go to one place and read the stories, and support the survivors and follow along with everything.”

“I noticed that a lot of people were using the hashtag but not going into details. Everyone is in a different place in their healing process and healing is a different experience for every single person. I just wanted to be respectful of that and facilitate a supportive space where everyone has a voice and everyone can heal and understand that they’re not alone.”

In order to create that space, Kathryn had to make some sacrifices.

“Due to the fact that I can’t verify any of the stories, I do blur out last names or identifying details,” said Kathryn. “It was a hard [decision] because my initial reaction, you know, you want to call these abusers out, you want justice, you have that burning in you. That was something that I struggled with, but it honestly just comes down to safety. Some of these stories are really violent and some of these men are really dangerous. I just want to make sure that the reporters of the incidents, as well as myself, are safe from any legal or physical harm.” The aspect on anonymity is beneficial to the survivors, as well.

Warren and Kathryn weren’t alone in their bravery; they were joined by many women who publicly spoke of a slew of Chicago creatives on Twitter that night. So many women spoke out, in fact, that local artist Phalene Oh was inspired to take action as well. “I get tired of people going to Twitter or social media in general about what they go through, and then have it overlooked,” says Oh, 20. “So I was like, why not make something permanent?”

The project is called, “If You Have Nothing To Hide, Then Why Are You Sweating?” “It’s basically a documentary that’s going to have a wide variety of interviews,” she says. “On camera, off camera, simply recorded, or even written statements, of peoples’ accounts of their experiences they’ve had with abusers, aggressors, violators, anybody that has done them any harm, intentionally [or] unintentionally, and have not accounted for it.”

Since the Surviving Loudly Twitter account was created, Kathryn has heard from over 30 survivors. She’s not just restricting it to Chicago, though. “Abuse is not exclusive to any one demographic, any one city, any one place,” Kathryn said. “I’ve been really careful about the language that I’ve used, about the titles, about the tweets, everything, because I want to make sure that everything I’m doing is inclusionary, rather than exclusionary. I don’t want anyone to feel like they can’t be a part of the conversation and a part of the movement.”

Kathryn has big dreams for the #SurvivingLoudly movement. “I would really love to have support groups or events and discussions with on-site trauma counselors and social workers and stuff,” she says. “I’ve been invited to speak at a couple different [events], so I’m really excited to see where I can take this.”

“This is such a deeply rooted issue in our society right now. Rape culture is pop culture,” says Kathryn. “I’ve been thinking a lot about ways to keep the conversation going, and to keep it growing, because I feel like stagnancy is where things die. I want to make sure that this doesn’t become stagnant.”