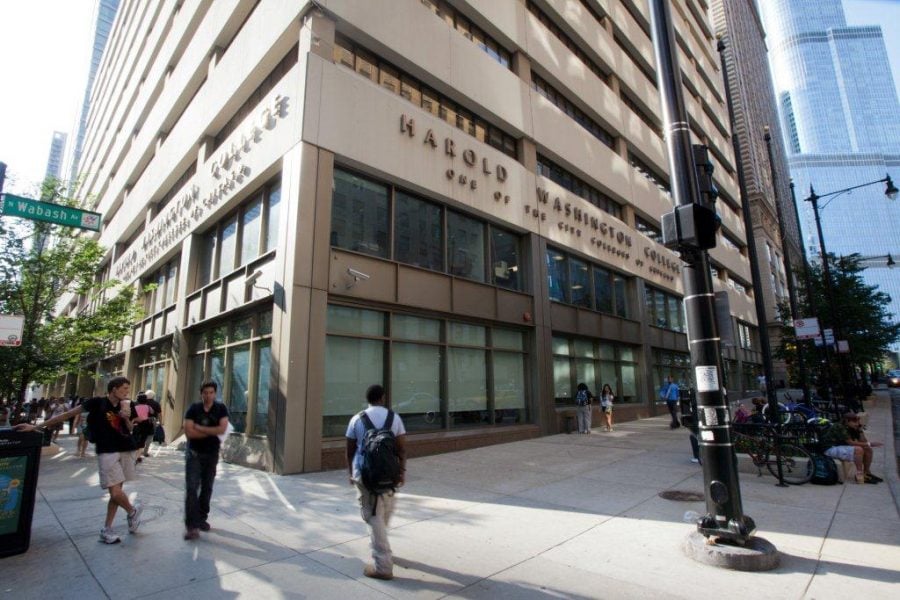 Harold Washington College and DePaul University, two colleges separated by only five city blocks — and a $34,000 difference in tuition — have partnered to create an affordable path for high-performing high school students to take classes at DePaul.

The partnership, slated to begin next fall, takes only Chicago Public Schools students who have been awarded the Star scholarship. The scholarship, created by Mayor Rahm Emanuel in 2015, allows CPS students to obtain an associate’s degree at any City College free of charge if they graduated with a 3.0 GPA and at least a 17 on the math and English portions of the ACT.

One hundred Star students will take arts and science courses in the three classrooms allocated for use by the Harold Washington faculty and students. The students won’t take classes with DePaul students, but they will be able to use university facilities and take advantage of student groups and services.

“This initiative — along with the recently-announced DePaul Chicago Promise and Catholic Heritage scholarships — continues our longstanding commitment to Chicago Public Schools and the city of Chicago,” said President A. Gabriel Esteban in a statement. “We are proud to offer our facilities and resources to Harold Washington College and believe the academy will help serve students higher education might otherwise overlook.”

Jon Boeckenstedt, associate vice president for enrollment management and marketing at DePaul, said the partnership is all about providing the opportunity to have a four-year college experience to students who otherwise couldn’t afford it, or weren’t yet ready to make the leap.

“Every year there are a lot of students who are interested in DePaul, but for whatever reason (…) they might think community college is the better place for them to start,” Boeckenstedt said. “What we want to do is take students and give them the opportunity to take advantage of a terrific scholarship and get their associate’s degree for free while not getting shut out of the four-year college experience.”

Since the program is only open to CPS students, Boeckenstedt said the university is better fulfilling its obligations to Chicago communities while also furthering its mission.

“If you look at our mission statement, we’re dedicated to serving the city of Chicago,” Boeckenstedt said. “While any Chicago resident who’s a CPS graduate can do it, we know demographically that a lot of them will be either low-income or first-generation students of color.”

There isn’t a plan in place yet to provide financial assistance to any students who want to transfer to DePaul after receiving their associate’s degree, but “the cost would be significantly lower,” Boeckenstedt said.

DePaul has also expanded the scholarships that are offered. With the new DePaul Chicago Promise and Catholic Heritage scholarship, CPS graduates and graduates of Illinois’ Catholic high schools can receive additional aid to attend DePaul.

For both scholarships, incoming freshmen who have graduated from a qualifying high school with a high school grade point average of 3.7 or higher and will enroll full-time can gain an additional scholarship of $20,000 a year for four years of undergraduate studies.

“Lots of us have children of our own in college, and we know how hard it can be to even consider, let alone pay for a private college,” Boeckenstedt said. “We’re trying to find students who are academically qualified and were among the very best in their high schools and make it more affordable to consider DePaul.”