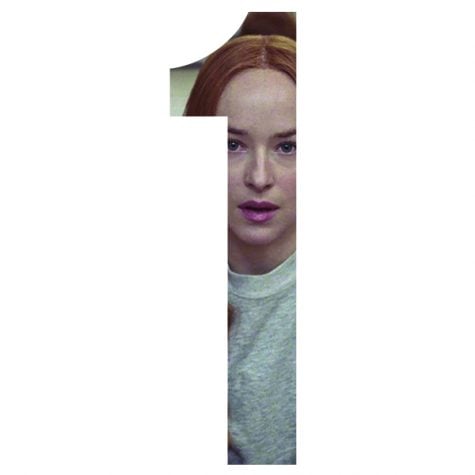 When I go into a film, I usually have a checklist of all the things I would like to see from it, and Luca Guadagnino’s gruesome hyper-political feminist remake of the popular Giallo horror film remains the only film from 2018 to check off every single box on that list. A mind-bending experiment that harkens back to the heydays when horror was an actual spectacle to behold. It’s a meditation on yonic power, a Fassbinder-esque reckoning with post-WW2 Germany, and visceral piece of entrancing performance art. But most importantly, it’s unlike anything I have ever seen in my life. 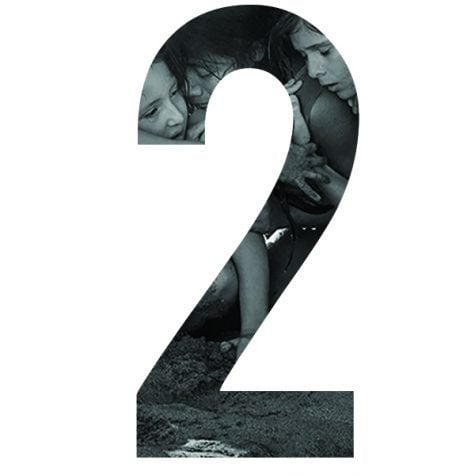 Alfonso Cuaron’s magnum opus. A gorgeous cinematic exercise in finding the absolute majesty in even the most mundane aspects of life. First-timer Yalitza Aparicio gives a gently commanding revelatory performance as a maid braving a difficult year in her life as the societal landscape of Mexico shifts around her. It is, without question, the most life-affirming piece of film I’ve watched all year 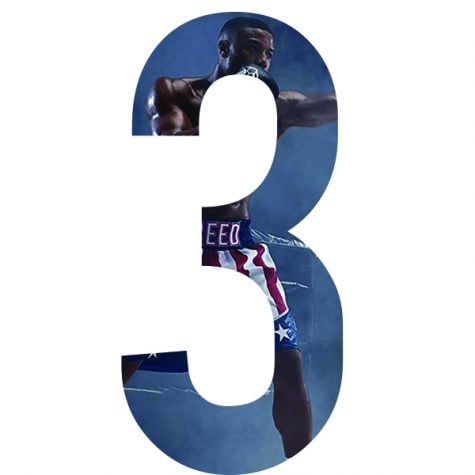 Quintessential self-help cinema. I must state my bias in that I believe the “Rocky” franchise to be the best franchise that American cinema has to offer and this film serves as a tremendous reminder as to why that is. A radical and emotional deconstruction of commercialized boxing and the way it perpetuates and tortures masculine insecurity. What Steven Caple Jr. does is build up the notion that strength is an assemblage of love, trust and legacy, something that has been brewing under the “Rocky” series for decades. Michael B. Jordan solidifies his presence as the best movie star of this generation. 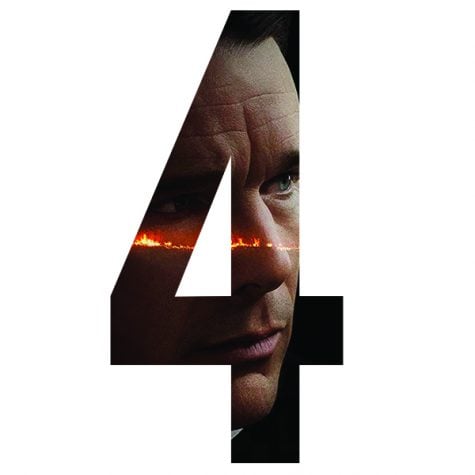 Not just the perfect culmination of all of Paul Schrader’s best sensibilities as a writer and director, but also the perfect film that 2018 needed. A grim and a subtly sardonic journey through the darkest aspects of human hope and a cautionary tale about thinking you can save everyone and everything. So perfectly layered and nuanced that it is nearly impossible to digest it all with just one viewing, and it becomes something more with every revisit. 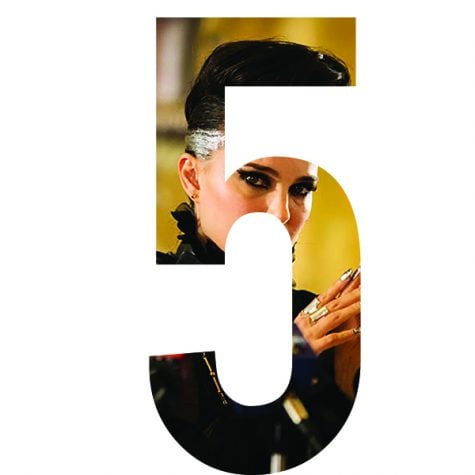 An audacious and absurdist study of the lurking dangers of undealt-with emotional trauma and the insidious power of popular culture. It is almost baffling how confident Brady Corbet is in his ambitious style and themes and it’s accentuated even more by Natalie Portman’s go-for-broke turn as an unhinged pop star. The final sequence of this film made my jaw drop, my skin crawl and my stomach churn 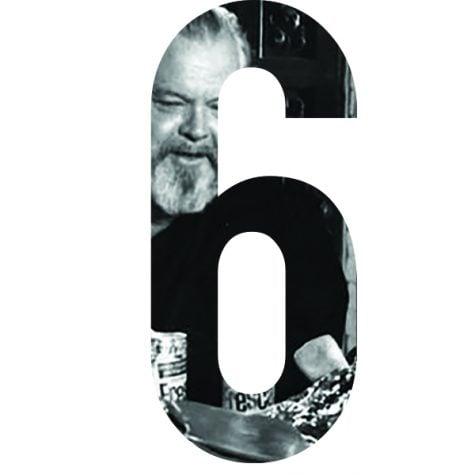 The Other Side of the Wind

A manic, scathing look at the explosive ending of an era, an eye-opening swan song, and a bonafide piece of cinematic history. Orson Welles’ posthumous masterpiece is without a doubt his most ambitious work and a deeply confounding reflection on his own image and contribution to the world of cinema. Welles was always several steps ahead of everyone else, and this film proves that even when one of his works releases nearly 35 years after his death, he stays that way. 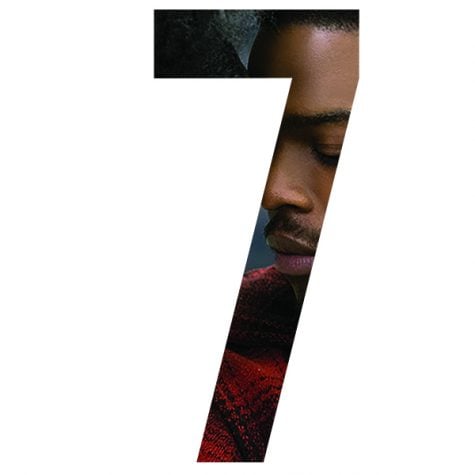 If Beale Street Could Talk

After his masterful Best Picture-winning “Moonlight,” Barry Jenkins comes back in full-swing with this marvelous and emotionally intense meditation on hope and love. An almost perfect adaptation of James Baldwin’s’ novel and a touching homage to his philosophy and life’s work as a whole. Jenkins’ visuals are paralleled to none, and it makes his portraits of genuine human connection ring true and completely carry off the screen from beginning to well after the credits close 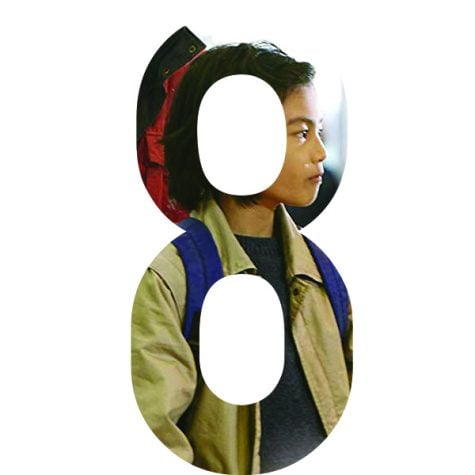 Japanese cinematic poet Hirokazu Kore-eda returned with this Palme D’or-winning deconstruction of family dynamics. This exemplifies all of his finest strengths that he has accumulated over the course of his tremendous 30+ year career. Equal parts comforting, beautiful and utterly devastating in all the best ways. 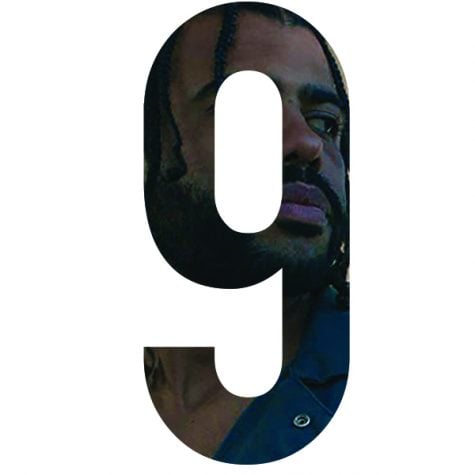 One of the most insanely stylish, confident and singular debut features I have ever seen in my life. A nuanced and urgent portrait of gentrification, police brutality and the American justice system treated with a fiery sense of anger, joy, sadness and anxiety. The script penned by stars Daveed Diggs and Rafael Casal boasts a sublime balance of heartfelt buddy comedy and weighty real world issues 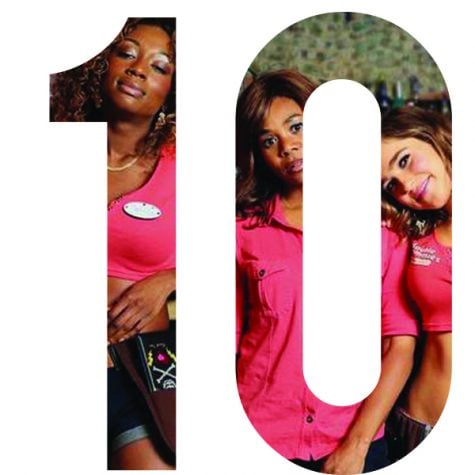 A hilarious, poignant, honest and free-flowing mumblecore portrait of modern working class unity in frustrating and exhausting times. Bujalski’s film about a trying day in the life of a group of workers at an Austin “sports bar with curves” not only lends a tremendous opportunity for Regina Hall to fully display her ridiculous talent, but for Bujalski to prove yet again that he is a master at blending mainstream comedy sensibilities with biting and empathetic political commentary. 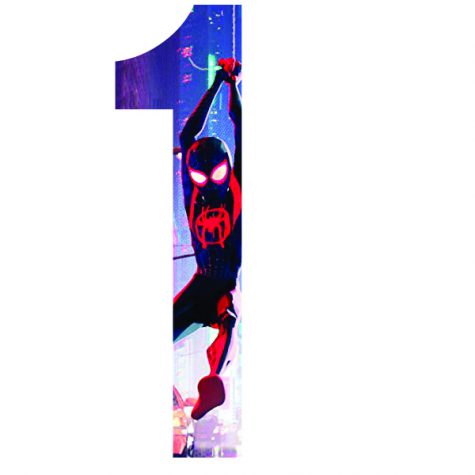 Spider-Man: Into The Spider-Verse

I’ve seen this film six times at the time of writing this and it only gets better upon each viewing. From its art style to its score to its performances to its soundtrack, “Spider-Man: Into The Spider-Verse” is a creative powerhouse on all fronts. The film’s overall theme and message resonate so strongly that you don’t need to be an animation fan, a Spider-Man fan or even a superhero fan to love this film. If you need a creative boost, there is no better remedy than a trip to the theater to see this incredible work of art. 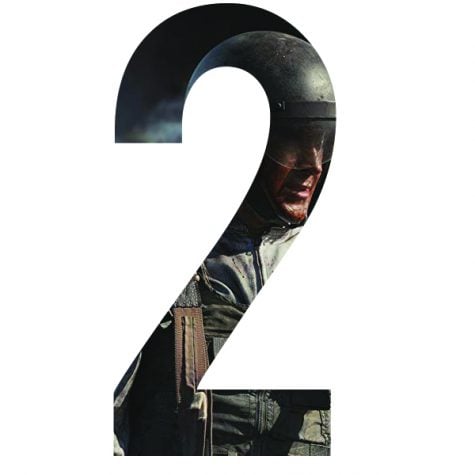 I never expected to resonate so heavily with a biopic, but Damien Chazelle makes it easy to. The film doesn’t center around the moon landing, but rather Neil Armstrong’s tragic relationship with death. At the risk of getting too personal, this film really cut me deep because I lost someone close to me just over a year ago, and I can say that Gosling’s dynamic performance hit home. Throw in a Golden Globes winning score and you’ve got yourself a recipe for a real tearjerker. 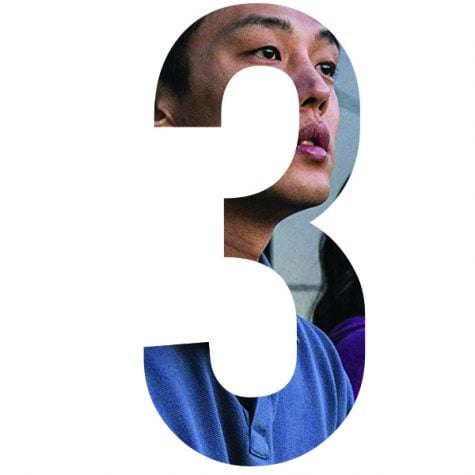 I knew nothing going into this film and I’m so glad that was the case. I actually gasped out loud in the theater when I realized where the story was going. Such a subtle masterclass in filmmaking with an ending that has replayed in my head weekly since I saw it. Do yourself a favor and keep your eye out for this one. 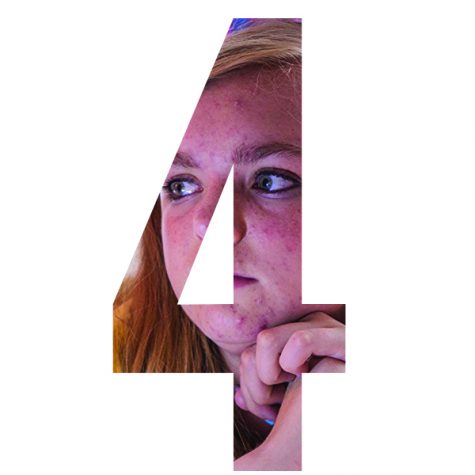 Bo Burnham’s directorial debut hits the ground running with some of the most grounded storytelling I’ve seen in sometime. Raw performances from Elsie Fisher and Josh Hamilton make this film one of the most real movies about growing up in a culture dominated by social media. I would also implore you to check out the interview Bo Burnham did for DePaul’s Visiting Artists Series in which it’s clear the level of care and passion he has for telling this kind of story today. 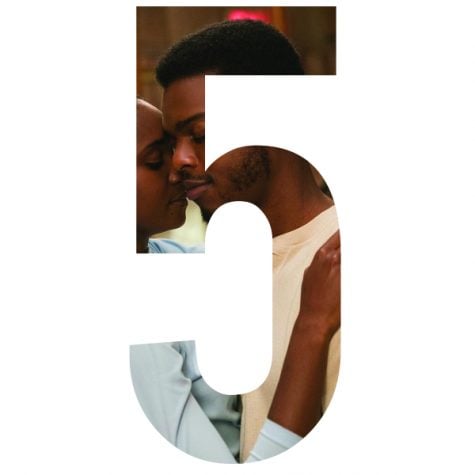 If Beale Street Could Talk

Barry Jenkins emotionally devastated me once again. Between this and “Moonlight,” I honestly don’t know which is my favorite, but I can say with clarity that both have touched me on a personal level. Please do yourself a favor and see this absolute wonder of a film while it’s still in theaters 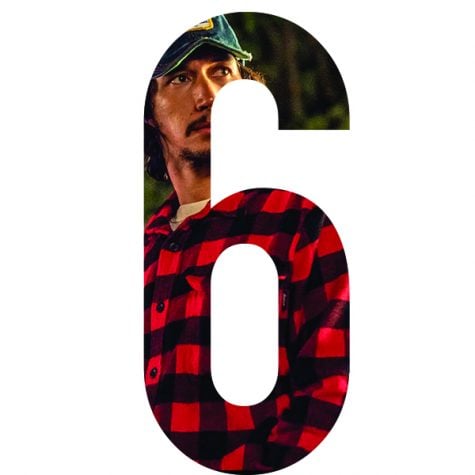 One of my favorite period pieces of the year, and easily one of the most impactful. With an overall message that resonates with the present and a gut punch of an ending, “BlacKKKlansman” more than earns a spot on my top 10 films of the year. 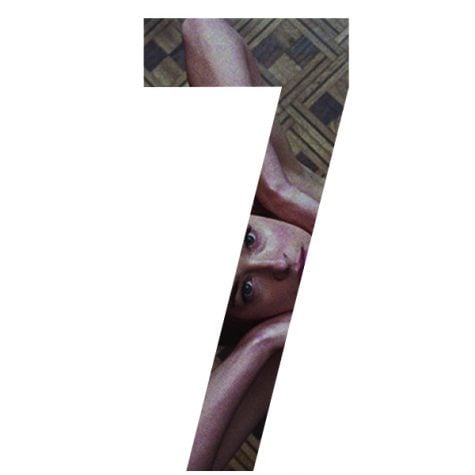 How can something be so beautiful and yet so disturbing, which, funny enough, is how I’m described on most dates. Seriously, this film made me stop eating during the climax because I was so disturbed. The surreal nature of “Suspiria” embeds itself in your mind and stays long after the film ends. 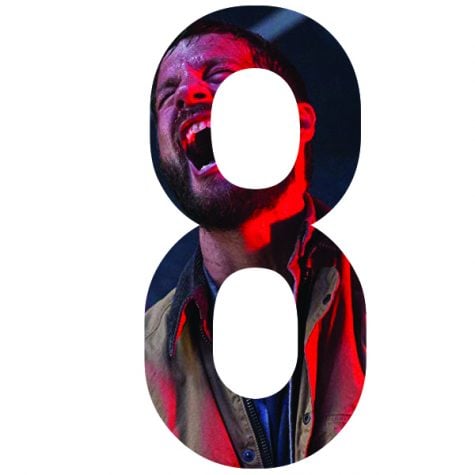 Low-budget sci-fi at its greatest. “Upgrade” is what “Venom” tried to be and so much more. One particular kill in this film will stick with me until the day I die. Unique action, lo-fi cyberpunk aesthetics, and a phenomenal ending created one of the best moviegoing experiences I had of the year. 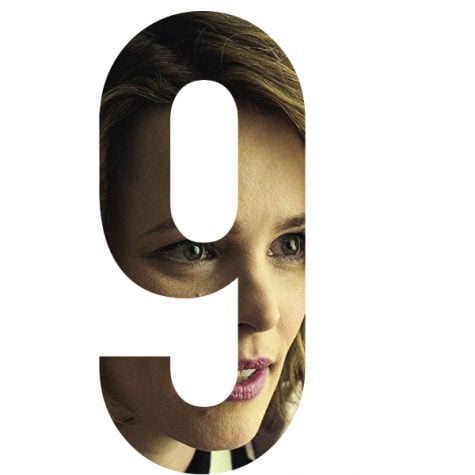 Easily the best comedy of the year. Blending action, humor and some horror elements “Game Night” became one of my favorite films. The movie employs a mastery of filmmaking not expected in a comedy, easily separating it from the rest of the pack. I was laughing from start to finish and I’m sure you will be too. 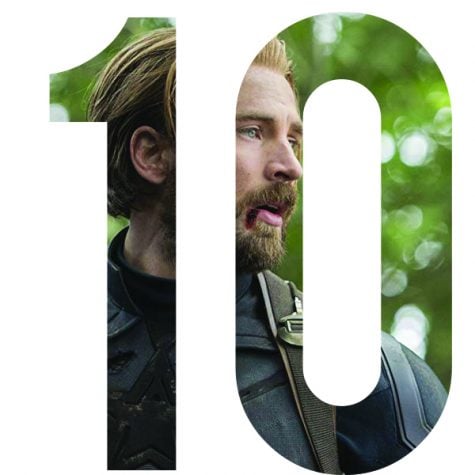 Ten years deep in Marvel’s Cinematic Universe and they stick the landing. In a film that should by all conventional means not work, the Russo brothers somehow make each character feel involved in an almost event-like experience. After watching DC continually fumble to start a cinematic universe, it’s incredibly impressive to see Marvel gracefully connect their characters in a way that feels grounded