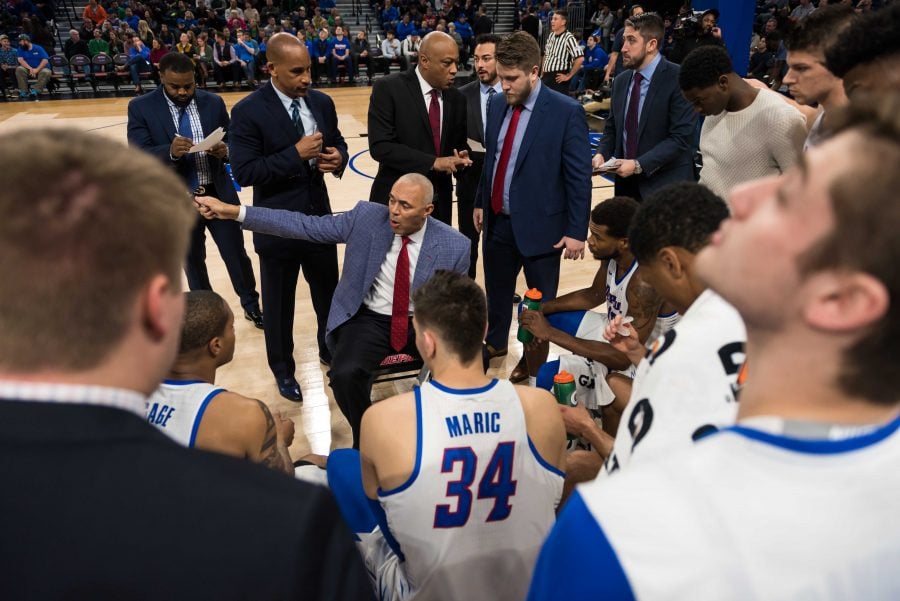 DePaul Blue Demon head coach Dave Leitao and his staff have landed another one.

Via his Twitter account today, Saint Louis Billikens freshman forward Carte’Are Gordon announced that he is transferring over to DePaul. The 6-foot-9-inch forward played in 13 games for the Billikens this season, averaging 8.9 points per game on 54.2 percent from the field while grabbing 4.1 rebounds per game.

Per NCAA transfer rules, players must “be enrolled in and successfully complete a full-time program of studies for two-full semesters or three-full quarters” before they can become eligible to play at their new institution. ESPN college basketball insider Jeff Borzello reports that Gordon is already enrolled at DePaul meaning he’d become eligible to play games after the 2019 fall quarter.

Gordon was the No. 75 recruit in the country in 2018 per ESPN. He chose Saint Louis University over offers from Kansas, Missouri, Illinois, Cincinnati, Oklahoma State, Texas, Purdue, Notre Dame and several others.

On Jan. 3 he announced via Twitter that he was leaving the program, writing “due to personal issues with my family and focusing on what’s best for me and furthering my career, I have decided to ask for my release from the St. louis men’s basketball program. This was a tough decision for me but is one that I have to make to reach my goal and become the player I’m going to be.”

Gordon had some disciplinary issues at Webster Groves High School in Missouri, including a suspension from the team his senior year.

Gordon joins a formidable 2019 incoming class for the Blue Demons. Romeo Weems [No. 47] and Markese Jacobs [No. 84] are both top 100 recruits per ESPN. Arkansas transfer Darious Hall becomes eligible to play for the Blue Demons next year.