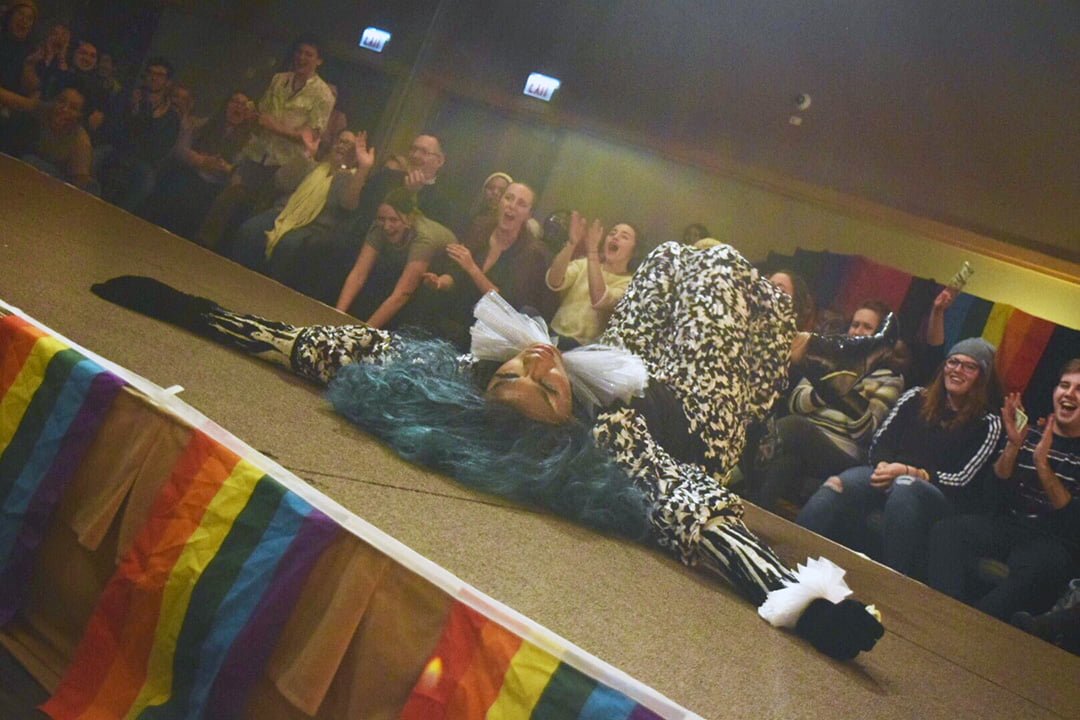 Sapphire Feliciano kicked off the show with a lively performance of Carly Rae Jepson's hit "First Time." (AMY DO | THE DEPAULIA)

AMY DO | THE DEPAULIA

Here, we do drag

Last Friday’s Student Drag Show, hosted by Spectrum DePaul, was filled with unconventional acts. In addition to the amazing femme performers, there were several masc performances and even a more gender-neutral performer in clown makeup. Additionally, there were multiple cisgender drag performances. 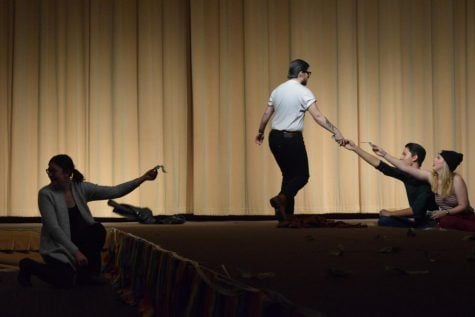 AMY DO | THE DEPAULIA
Clark Bent accepts tips from the audience as he performs DNCE’s “Kissing Strangers.”

Clark Bent, one of the masc performers, said the performance was his first ever on Friday. “I actually live in the Boystown neighborhood so I’ve been going to drag shows for three years,” said Bent, 23. “I always watched drag shows and was like, ‘I wanna do that!’ And then I started going [to DePaul] and I heard about the Student Drag Show and I was like ‘Oh, I can do that!’”

The performer known as Q, 21, also made his drag debut on Friday. Clad in shimmery pants, blue fur and clown makeup, Q’s performance was a dance number to a remix of Ciara’s “Body Party” in which he strutted, bounced and vogued across the stage. 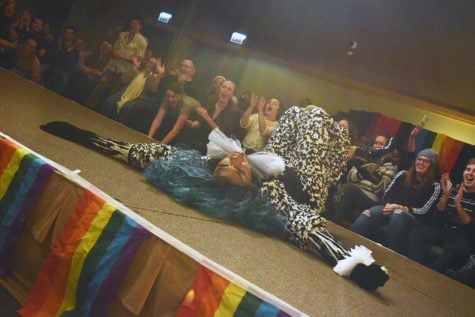 AMY DO | THE DEPAULIA
Sapphire Feliciano kicked off the show with a lively performance of Carly Rae Jepson’s hit “First Time.”

“I just really wanted to do something that’s kind of fun but kind of weird also, because I’m just a weird person,” said Q, a junior. “I feel like there’s a lot of pressure in the world to be super straight-faced so I figured why not be a clown…but make it fashion.”

While Clark Bent and Q were two of many first-time performers on Friday, Jackie Frost, 20-years-old and also a junior, has been doing drag for about a year.

“I grew up doing drag in Iowa city,” she said. Frost was one of the only performers who did two numbers, performing two dances full of high-kicks to the songs “Whip It” by Nicki Minaj and “Disco Tits” by Tove Lo. 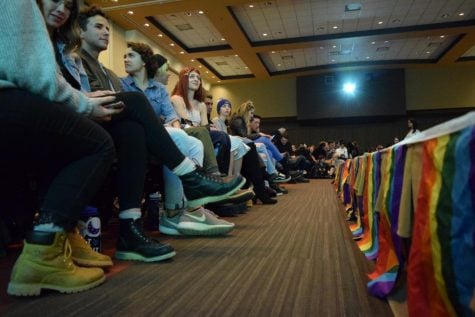 AMY DO | THE DEPAULIA
The crowd surrounds a rainbow-cladden stageprior to the start of the show.

Aunty Chan and Bambi Banks hosted the show and kept everyone laughing with playful comments and funny introductions. Aunty Chan even performed in an inflatable tube man costume at one point. The show was separated by an intermission that was followed by a drag trivia game. Volunteers from the audience went on stage and answered questions such as, “Which iconic drag queen was the Disney character Ursula based on?” Another question was, “How many total contestants have been on the show RuPaul’s Drag Race?”

DePaul’s Student Drag Shows are an essential part of DePaul’s culture of inclusivity.

“The first time I ever saw drag was actually at this show two years ago,” Q said. “It really changed what I thought [about what] you can do to express yourself, and every aspect of your life. Be it femininity, masculinity, neither, both.”