Photos from the Chinese New Year 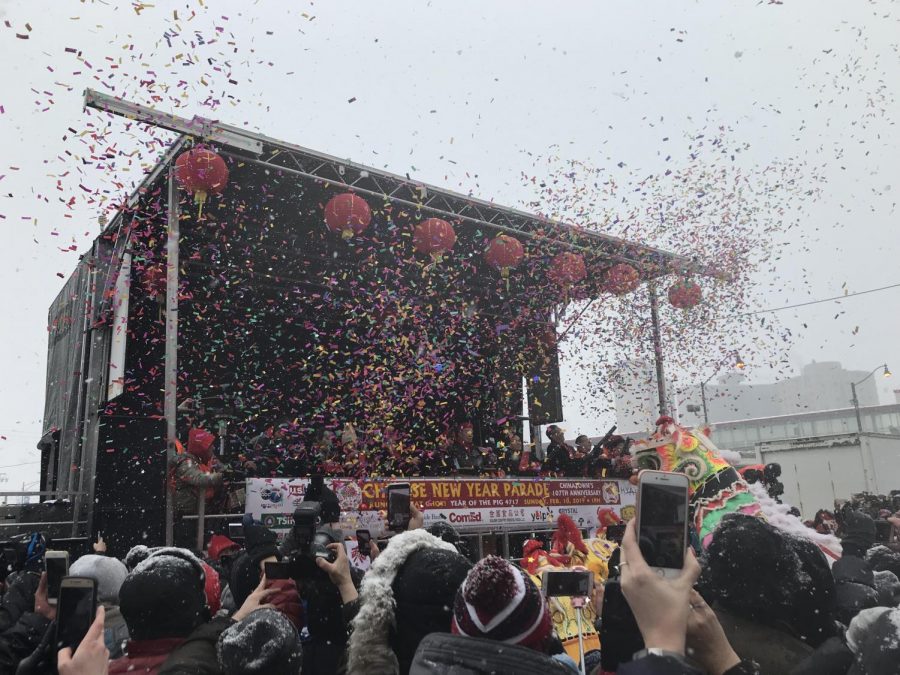 A sniffily oink oink to commemorate the Lunar New Year as Chicago’s Chinatown hosts its annual Chinese New Year Day parade on Sunday. Snow began to fall as the celebrations kicked off for the Year of the Pig, creating for a chilly but picturesque parade.

According to the Chinese Zodiac calendar, 2019 is the Year of the Pig and the new year officially began on February 5th. To celebrate the new year, the parade headed right through the heart of Chinatown from Wentworth to Cermak Road. Traditional lion dances, decorated floats, high school marching bands, and more were all on display this year.

A smoky bang got the parade underway, followed by an abundance of colorful dances and floats, the most vibrant being the large traditional lion dances. A couple of Chicago mayoral candidates made appearances today including Gary Chico and Bill Daley. Ronald McDonald was on display for the McDonalds float, where the clown proceeded to dab in front of the crowd.

The parade ended just as it began, but this time with a confetti bang to symbolically mark the Lunar New Year.