The air of success: How AirPods invaded the eardrums – and wallets – of consumers 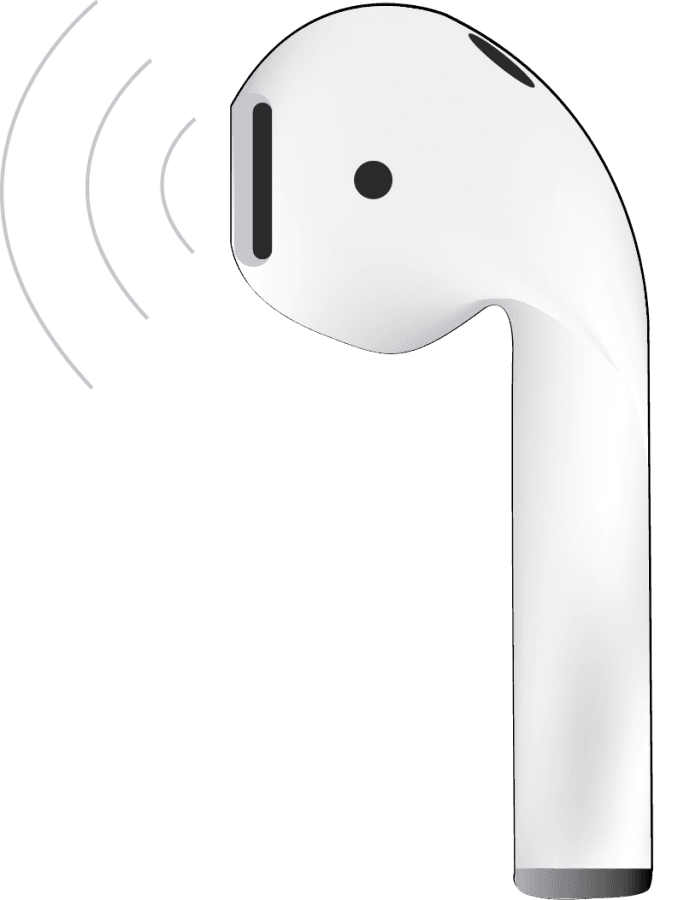 There has been a new wave sweeping over young music listeners: Apple Airpods.

Airpods have been the subject of many internet memes which imply, jokingly, that by wearing a pair of AirPods, you’re social and economic status instantly skyrockets.

AirPods inspired a a trend of knock-off lookalikes and expensive luxury versions, like the $995 pair of Louis Vuitton pods that have celebrities like Lil Yachty literally burying their AirPods in favor of the wireless headphones with the iconic Louis print.

On the other hand, rapper Soulja Boy debuted his own pair of low-cost SouljaPods, essentially a pair of AirPods  that cost $29.95.

Headphones have come a long way since their inception in 1910. The first headphones were created using telephone receiver earpieces to listen to electrical audio signals for the U.S. Navy. However, it wasn’t until 1958 where the first stereo headphones were created. Since then, audio technology has improved exponentially allowing headphones to take all kinds of shapes and sizes.

With different designs and audio quality, headphones have adapted into three primary products: on-ear headphones, over-ear headphones and earbuds. Each has had its time in the limelight, but the current trend is wireless.

The movement for technology to become smaller and sleeker has seen a recent rise in earbud wearers. Notable fashion designers like Louis Vuitton have even entered the headphone game by releasing nearly $1000 earbuds. In terms of popularity though, no earbud compares to the Apple AirPods, where more people want to cut the cord.

“I was tired of the cord, especially when I work out, the old [Apple] headphones used to always get snagged on something and they would be ripped out of my ear.” DePaul student Tim Iscra said. “But I got the AirPods as a Christmas gift and they stay in your ear surprisingly well. Also, with Find My iPhone accessible for them, if I misplace them, I can find them again quickly.”

“The use of bulkier on-ear or over-ear headphones on public transport and in other everyday environments now seems to become much more common,” said assistant professor in the Department of Audio, Arts and Acoustics at Columbia College Florian Hollerweger.

Before the AirPod hysteria came the more noticeable and bulkier over-ear headphones. Companies like Beats by Dr. Dre come to mind immediately for both their wired and wireless over-ear headphones. LeBron James and the rest of the 2008 U.S. Olympic basketball team in Shanghai wearing the over-ear Beats created a trend similar at the time to what we are seeing with Apple AirPods. In a broad definition of overall sound quality Hollerweger said over-ear headphones create the highest “sound quality.”

“I got the wireless Beats as a gift at the start of high school and have used them almost daily ever since,” Callipari said.”They’re such high quality that I don’t think products like these can ever go out of style. They’re comfy, they sound great and they look good, plus they block out a lot of the outside noise, so all I can hear is just the music.”

“Open-back headphones might be a good choice for a mixing engineer in a recording studio, they are not necessarily the best choice for listening to music on the CTA or in other noisy environments,” Holleweger said.

The future for the mainstream headphones seems to be wireless and continuously more minimal. The second generation AirPods are expected to be released later this year by Apple, thus continuing this earbud hype for at least a couple more years.

However, newer and better acoustic technology is paving the way for greater sound experiences through the means of binaural recording and production techniques.

Binaural headphones create a 3-D stereo sound sensation, and Hollerweger believes that this “will probably affect the development of headphone listening as well.” Hollerweger added.

“With the development of augmented reality applications, this may eventually counter the current trend towards increasing isolation of headphone listeners from their sound environment.”

Companies like Nura, who in 2016 raised $1.88 million on Kickstarter for their in-ear and over-ear augmented reality headphones. Nura measures the tiny vibrations of the inner ear and corrects its input to fit each individuals ear-print. Everyone hears differently, and the future of augmented reality headphones that are tailored for each wearer’s ear could eventually be the norm.