After Senator Bernie Sanders confirmed his 2020 candidacy, Bernie Bros, the online vigilantes who haunted his 2016 campaign, rejoiced. Should we fear their comeback? 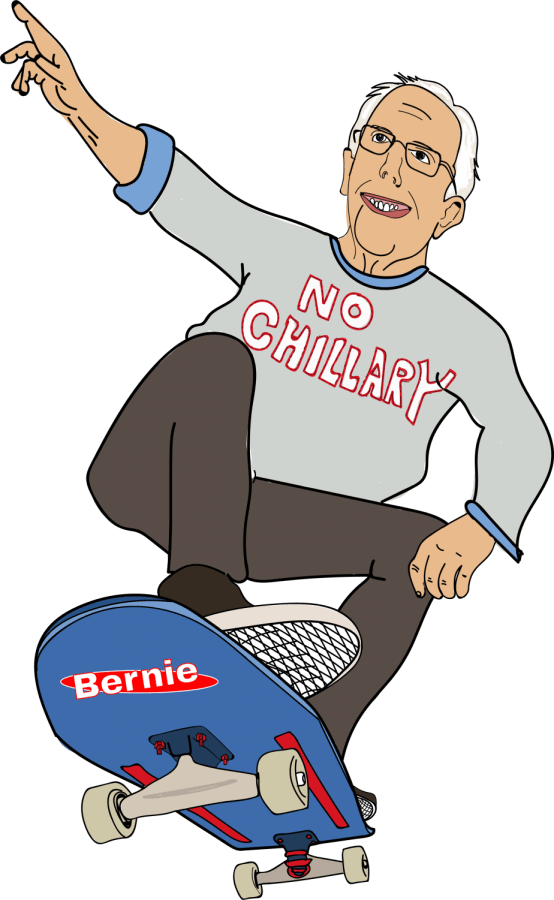 With the long-winded Mueller investigation’s completion on the horizon, the potential political interference of the 2016 presidential election is still fresh in our heads. But before we will find out the reality of Russian interference in President Donald Trump’s campaign, we need to address the reality, and fiction, surrounding Bernie Bros, the group of die-hard Senator Bernie Sanders supporters who plagued his 2016 campaign.

The group was at first a tour de force that ignited young voters’ interest in the progressive candidate and the election in general. Their passion for the Vermont politician was first inspiring and then ugly as they began to harshly berate anyone who defied their stance, especially women who supported Hillary Clinton. What came from Sanders’ grassroots campaign were white, middle-to-upper-middle-class, cisgendered men who so desperately aligned themselves with campaign promises of legal recreational marijuana, $15 minimum wage and free college tuition that they hardly researched or cared for any other promise, like progressive environmental policies and free health care.

While Sanders hasn’t announced many of his campaign promises after his candidacy announcement on Tuesday, Feb. 16, we can expect he’s running a similar show. Both recreational marijuana and a higher minimum wage have become more popular since his first run, and his outspoken fight against Trump is sure to populate the discussions of young, male supporters. Bernie Bros are sure to make a comeback this time around, but do we need to fear them?

Before the 2016 Democratic nominee was confirmed as Clinton, Bernie Bros mansplained their way into political discussions online. With vengeance for something they couldn’t put a name to, they took to Twitter and other internet threads to harass anyone who stood in their way. Their attacks followed a simple formula: search for Sanders on social media, find a single comment that questions his policies, explain his most eye-catching policies and repeat, calling more Bros into action.

But since the potential for Russian interference in the election, critics have come to find that Bernie Bros did not the numbers previously assumed. Most of the conversation around bots spreading false information in 2015 and 2016 surrounded Trump and the multiple counts of abhorrent misinformation about Clinton, her emails and even her “involvement” in the PizzaGate scandal. Sanders saw similar but less reported bot activity. In an investigation from The New York Times, Twitter found that 2,752 accounts were controlled by Russian intelligence that orchestrated over 1.4 million tweets from 36,000 bots during the 2016 election.

The bots only signify the actual activity of Bernie Bros. There were privileged men who used their misunderstanding of feminism to weaponize their commitment to a Sanders America. By repeatedly mansplaining Sanders’ campaign promises and bullying any and every woman who supported Clinton, they lumped every other Sanders’ supporter into their malicious group.

“There was ‘Obama Boys,’ like there’s always a subset of men who are only for a candidate because of their manhood, which is damaging,” said Holly McNally, DePaul graduate. “Bernie will need to call them out, in my opinion. It takes away from the real issues that are out there.”

It will be hard for Bernie Bros to thrive in the post-Mueller and post-MeToo era we find ourselves in. We’re more equipped to recognize bots and their games. If an account looks suspicious and inauthentic, then it probably is. Bot accounts often repeat the same comments to multiple threads, their profiles are generic and their usernames are almost always nonsense. More importantly, for the real Bernie Bros, the uninformed sexism they participated in will be much harder without a specific target with six female Democratic candidates already locked in. In the 2016 primaries, Clinton was the lone wolf.

“The sexism that is associated with them, and the fact they idealize [Sanders] mostly because he’s a white cis straight man was deeply upsetting,” McNally said. “He can do no wrong in their eyes, but if [Sanders] wants to do well this time around, he will have to acknowledge his past mistakes in his campaign and try to disassociate from those who put their trust in him because of his identity.”

Sanders denounced the group in an interview with CNN’s talk show “State of the Union” with a simple but punching statement: “Anybody who is supporting me and who is doing sexist things, we don’t want them. I don’t want them. That is not what this campaign is about.”

For Sanders’ supporters who wish to distance themselves from the online vigilantes and their shortcomings, avoiding frivolous online political discussions is the first step. The art of debate begins with understanding the other side’s ideas and challenging them, not with petty criticisms and unnecessary repetition of facts. For those who think they are engaging with a new-age Bernie Bro, critically engage with their profile to determine their legitimacy because the chances that they’re a bot are unsurprisingly high.

“Sanders gave us what we wanted to hear,” said Cal Poverich, 23-year-old former self-proclaimed Bernie Bro. “The free college tuition and minimum wage hike were so attractive to us, especially since I was going into college as a broke student that year. There were too many issues though, and if his supporters who still align with those views don’t get their debating issues in order, his campaign will not succeed.”

Former Bernie Bros can still root for the progressive Vermonter but take privilege into account before engaging in fiery debates. The abhorrent online bullying and repetitive stances won’t be as threatening in 2020.