Nonprofit tackles racial issues on campus and beyond 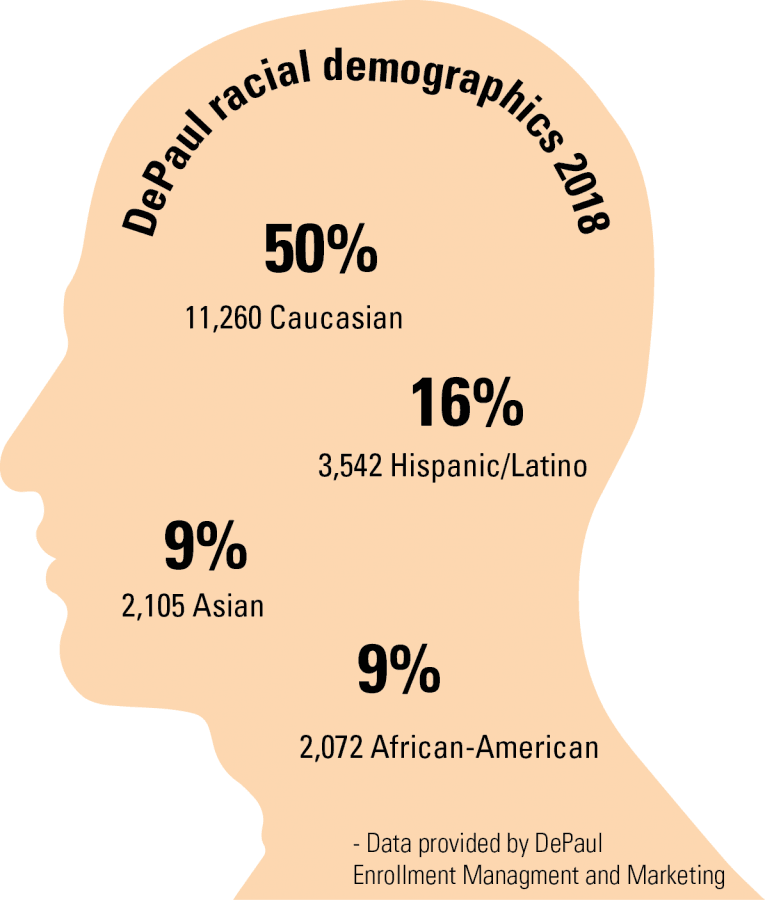 Black Girls Break Bread was founded in October 2016 by Jessica Davenport-Williams, Jazzy Davenport-Russ and Khadija Warfield for the purpose of uplifting, empowering and inspiring black women and girls in the Chicagoland area.

“[We] offer opportunities for intergenerational conversation, definitely on college campuses, but we also visit middle schools, high schools, as well as [other] communities within the Chicagoland area,” Davenport-Williams said.

The event was the third that the group has hosted at DePaul, but it was the first two-day event they’ve done here.

Tuesday’s event began with a hot Mexican meal and a discussion about triggers.

“For me, one of my triggers is when there are white women who try to compare their journey or experience to that of black women,” said one woman in attendance. “Intersectionality is a thing. I can never separate my being black from my being a woman.”

The rest of the conversation was filled with anecdotes about white people, in particular DePaul students and faculty, overlooking or or taking up space over black women.

Even in classes focused specifically on black women or the Black Lives Matter movement, there were stories of white people speaking over black women. There were recurring themes of feeling invisible, unseen or unheard, and also feeling painfully visible due to being a minority at a predominantly white university.

“Is it because I’m a woman or because I’m black?” an attendee asked of the discriminations she faces.

The sentiment of black women being silenced or excluded when discussing social justice occurs in practice, as well. The modern feminist movement has been critiqued by man black feminists for being exclusion of women of color, labeling the movement “white feminism.”

Later, the women discussed feeling the need to prove oneself, advocating for oneself and the concept of “taking the high road.” Finally, Davenport-Williams and Davenport-Russ asked the young women in the room what they needed from DePaul.

While the following discussion of campus resources was useful, Black Girls Break Bread goes beyond DePaul.

“We’ve worked in various communities in the South and West Sides, so communities like Roseland and Austin and South Shore, to create that intergenerational safe space with black women and girls there,” Davenport- Russ said. “We’ve also worked with Elevated Chicago to advocate for transit equity.”

While DePaul is often praised for being a diverse institutions, statistics on the university suggest otherwise. 50% of students enrolled at DePaul are white, making DePaul a predominantly white institution.

Zeph Kaffey, a physics major at DePaul, was at Tuesday’s meal, following encouragement from her sister to attend.

“This is actually my first time coming to one of these meetings,” Kaffey said. “I thought it would be good for me to come since [my sister] had a really good experience. Attending a predominantly white school, there’s not a lot of safe spaces for someone like me, who is black and who is a woman… and I can’t really separate those identities. It’s hard finding spaces where I can speak with other people who have insight on what living in this identity means.”

This is precisely why the group Black Girls Break Bread was created, according to Davenport-Russ.

“As black women and girls we have a unique experience at predominantly white institutions, and just in America,” Davenport-Russ said. “It’s important for us to get together and unpack our experiences so that we don’t feel like we’re the only ones dealing with and navigating challenges.”

While validation is important, Davenport-Russ also sees the importance in sharing each other’s successes, too.

“[It’s important] to share our successes together,” says Davenport-Russ. “It’s important for us to get together and have some black girl time.”