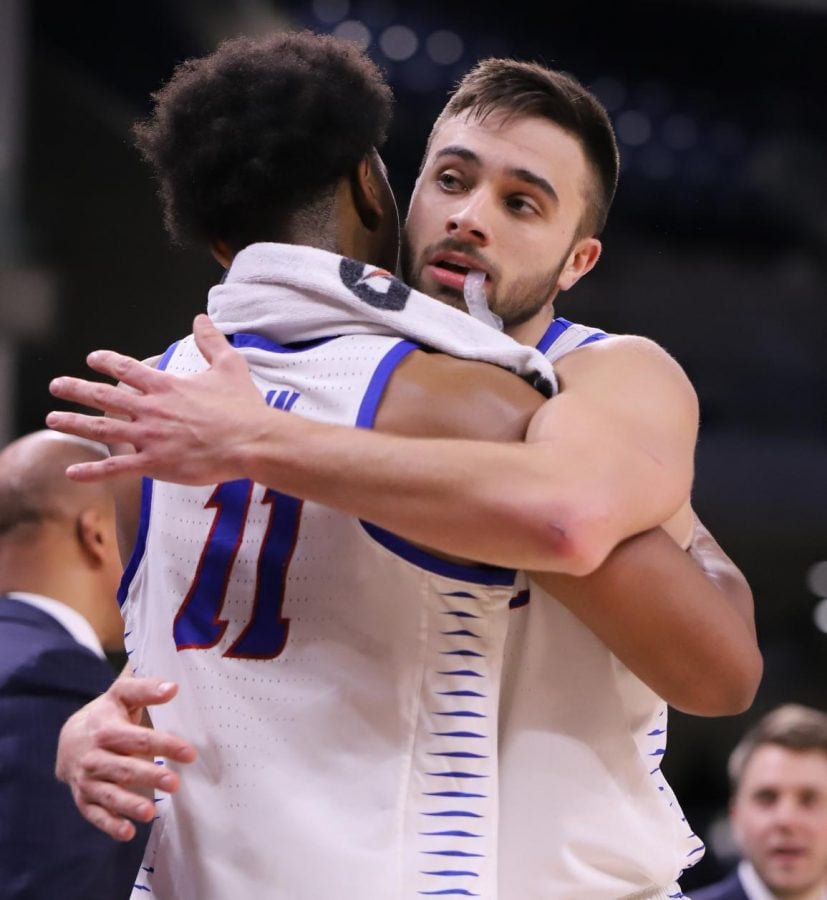 DePaul squares off against the Central Michigan Chippewas on Wednesday night at 7 at McGrath-Phillips Arena. Alexa Sandler I The DePaulia

If this was the last time that DePaul seniors Femi Olujobi, Eli Cain, and Max Strus play at Wintrust Arena in a DePaul uniform (it’ll depend on if DePaul makes a postseason tournament in which case they could host a game), the trio at least went out in style.

In a 101-67 stomping of a Georgetown Hoyas squad fighting for its NCAA tournament life, DePaul’s three seniors combined for 67 points.

Relive the best moments of this game through the lens of our DePaulia photographers.