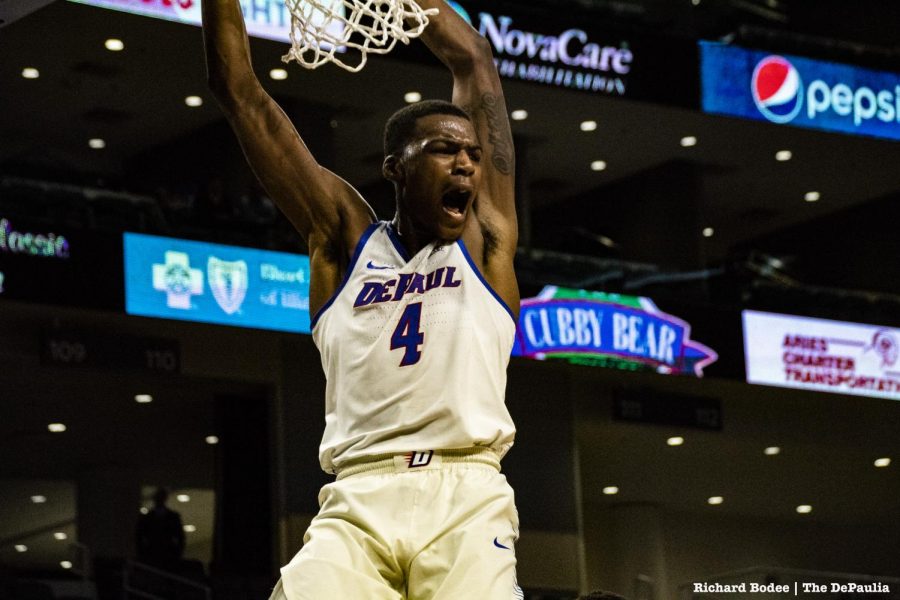 In a surprise to few who saw him play the last two seasons, DePaul sophomore big man Paul Reed has earned the Big East Conference’s Most Improved Player Award for the 2018-2019 season as voted upon by the league’s 10 head coaches.

The 11.2 points, 8.2 rebounds, and 1.3 blocks per game the Orlando, Fla. resident averaged this season were all career highs. Reed also substantially improved his 3-point shooting, nailing triples at a 39.1 percent clip on nearly one attempt per game after shooting 21.4 percent from this range his freshman season. He finished this season with the second highest player efficiency rating on his team (behind Femi Olujobi) and the ninth highest in the conference.

Reed elevated his game during the Big East portion of the schedule, averaging 13.3 points (first in the Big East) and 9.0 rebounds and recording six double-doubles in league play.

Reed and his Blue Demon teammates battle St. John’s in the first round of the Big East Conference tournament on Wednesday night at 8:30.