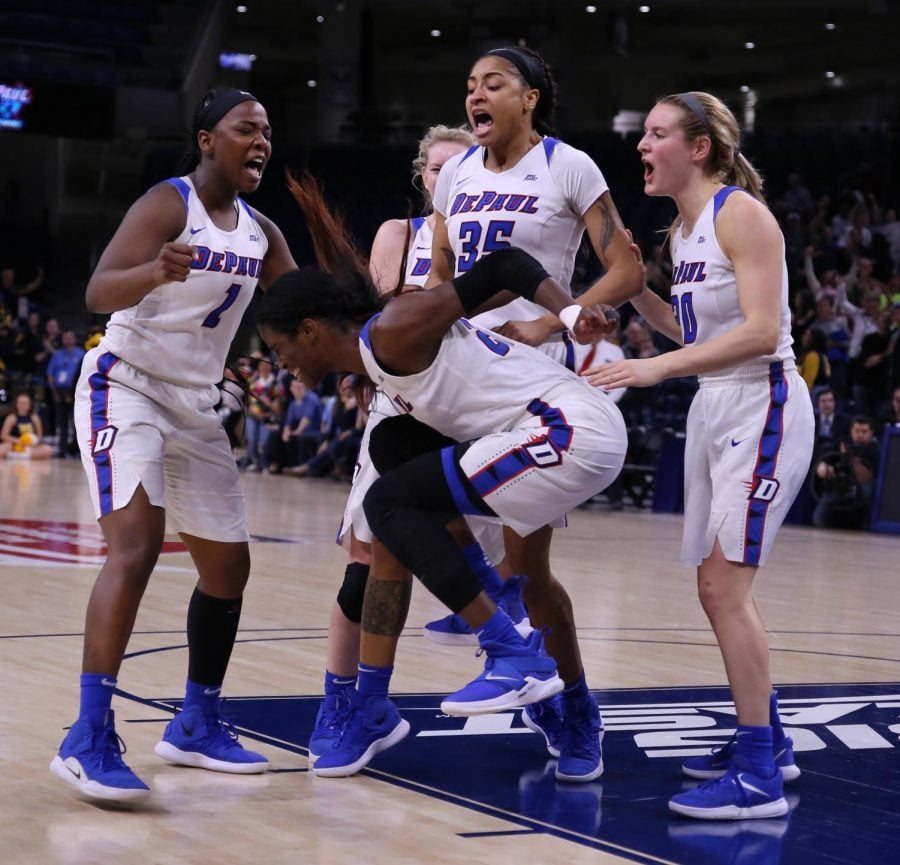 DePaul junior Chante Stonewall and teammates react after an and-one call with five seconds left in the title game against Marquette. Stonewall made the free throw to give her team a 74-73 victory. Alexa Sandler | The DePaulia

After struggling through the first two games of the Big East Tournament, junior forward Chante Stonewall bounced back in a big way Tuesday night with a game-high 28 points that also included a game-winning 3-point play with just five seconds remaining to propel DePaul to its fourth Big East Tournament championship in the past six seasons with a 74-73 victory at Wintrust Arena.

The Blue Demons trailed by as many as 13-points early in the third quarter before they began to mount a comeback. Despite shooting just 33 percent in the fourth quarter, the Blue Demons locked down defensively holding Marquette to just 14 fourth-quarter points as they secured another dramatic victory over the Golden Eagles.