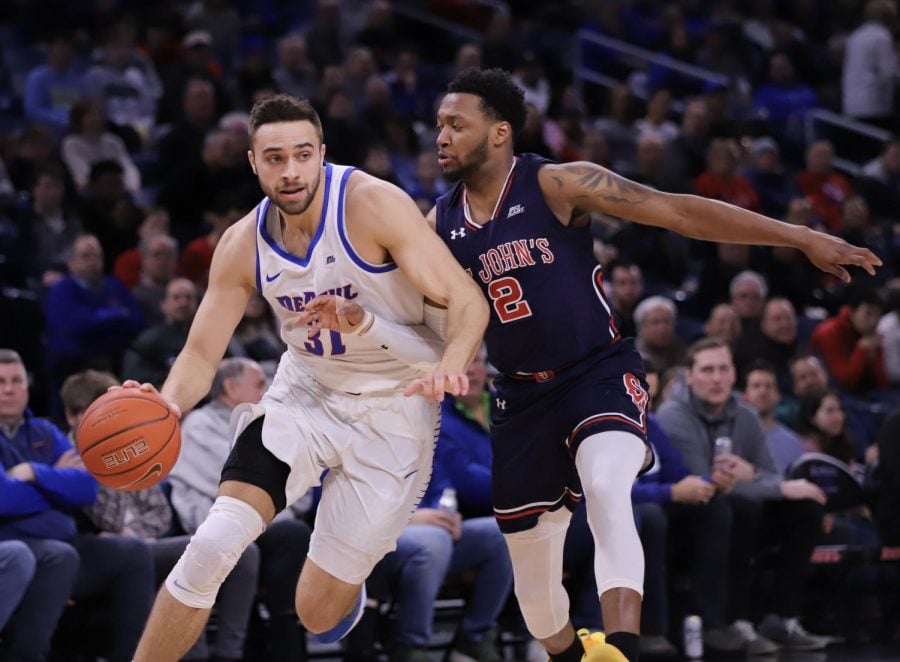 Ten days after DePaul rallied for a 92-83 senior-day victory over the St. John’s Red Storm thanks to a career-high 43 points from senior guard Max Strus, the two schools will meet again in the first round of the Big East Tournament Wednesday night.

After the Blue Demons missed an opportunity to secure a bye over the weekend with a loss to Creighton, DePaul enters the tournament as the No. 10 seed following tie breaking procedures with Providence and Butler, while the Red Storm are slotted as seventh after also missing out on a bye after losing three straight games and four of its last five to close out the regular season.

DePaul has had its share of success against St. John’s as they won both regular season meetings and have won three of the last four games overall between the two schools. Wednesday will mark the first meeting between the two programs in the Big East Tournament.

Both meetings this season have had a familiar feel to them. In early January at Carnasecca Arena, the Blue Demons broke free in the second half for 48 points while shooting over 59 percent from the field. That came after DePaul shot just over 34 percent in the opening half as they took a 31-30 lead to the break.

The second half performance Blue Demons put on just 10 days ago was even more impressive when Strus scored 36 of his 43 points in the second half, as DePaul outscored St. John’s 59-41 to overcome a nine-point halftime deficit. In those final 20 minutes, the Blue Demons shot just over 71 percent from the field.

In both matchups the Blue Demons have also controlled the game on the boards. DePaul outrebounded the Red Storm 43-34 in the first matchup, and followed that up by outrebounding them again 37-25 earlier this month. DePaul has outrebounded opponents in 21 of 29 games and is 15-6 in those games, while they are 0-8 when getting outrebounded.

While the Red Storm have struggled lately, they still pose plenty of challenges for the Blue Demons to deal with. Junior guard Shamorie Ponds, who was recently named to the All-Big East First Team, leads the team with a scoring average of 19.8 points per game to go along with an average of 5.2 assists per game. Ponds missed the first matchup, but scored 29 points when St. John’s visited Wintrust Arena just over a week ago.

Tip-off is set for 8:30 p.m CT at Madison Square Garden with the winner advancing to play Marquette on Thursday night.