DePaul to play in the CBI; first postseason tournament apperance since 2007 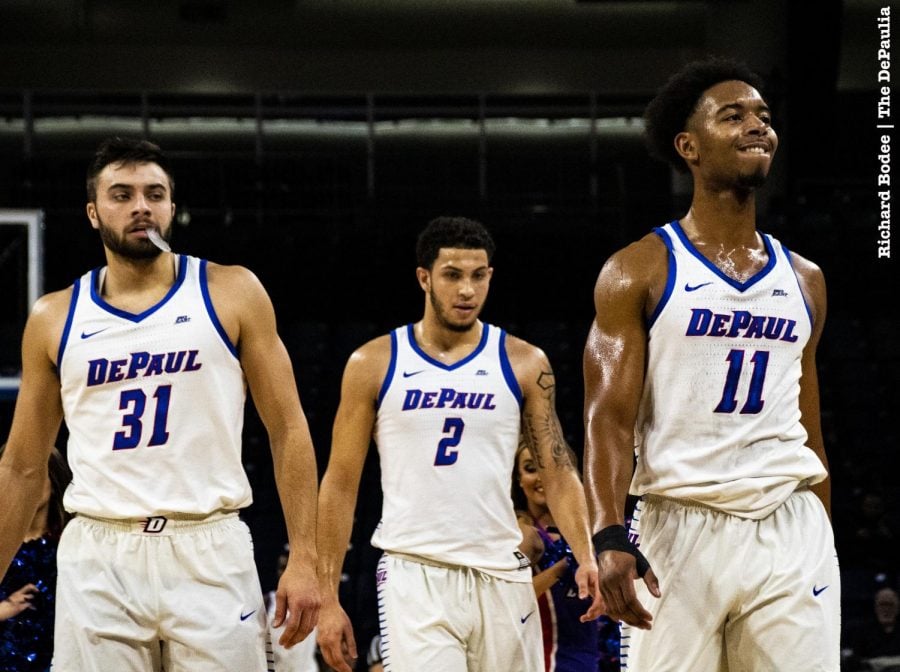 DePaul plays Central Michigan in the first round of the CBI on Wednesday evening. Richard Bodee I The DePaulia

A disappointing loss to St. John’s at Madison Square Garden last Wednesday won’t be the last we’ll see of the 2018-2019 DePaul Blue Demons.

McGrath-Phillips Arena on DePaul’s Lincoln Park campus will play host to the game. Wintrust Arena, where the Blue Demons played all their home games this season, will host the 2019 NCAA Women’s Regional on March 30 and April 1 but has a private event booked at the arena for this week.

This marks the first time since 2007 that the DePaul Blue Demons have qualified for a postseason basketball tournament. That season, they reached the quarterfinals in the National Invitational tournament under former head coach Jerry Wainwright. The Blue Demons haven’t qualified for the NCAA tournament since 2004 which is the second-longest active drought among power conference programs (Big East, Big 10, Big 12, Pac 10, SEC, ACC).

DePaul is the only team out of the Big East Conference that didn’t qualify for neither the NCAA tournament nor the NIT. The Butler Bulldogs finished the season with a  7-11 record in conference play just as DePaul did, also finished with a .500 overall record, and were also bounced in the first round of the Big East tournament.

West Virginia joins DePaul as the other power conference team set to play in the CBI tournament.

The inaugural CBI tournament was in 2008. Teams pay $40,000 to host in the first two rounds of the tournament.

CORRECTION: A previous version of this story stated Wintrust Arena was hosting the first and second round of the 2019 NCAA Women’s Tournament this week, but that has been updated to reflect they are hosting the Regional on March 30 and April 1.