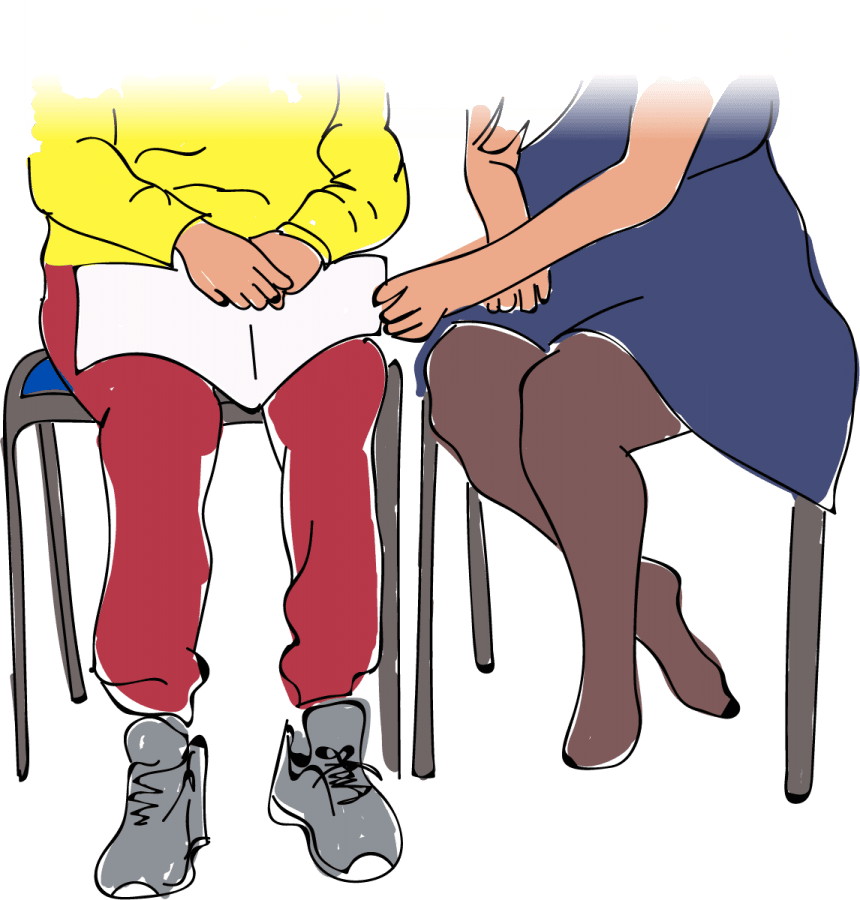 Stories of sexual violence seem to be unsettlingly embedded in the modern college narrative, but proper mechanisms to navigate discussions between institutions and students often fall short, leaving both parties unsure of how to communicate properly and effectively with the other. April is Sexual Assault Awareness and Prevention Month, bringing up questions on how institutions can better accommodate survivors.

DePaul’s Office of Health Promotion and Wellness sought to remedy this disconnect on April 12, with trauma-informed response training for DePaul’s faculty and staff. The training was navigated through the lens of sexual violence and was survivor-focused, guiding faculty on how to approach students who confide in DePaul employees.

A trauma-informed approach, in regard to sexual violence, focuses on a purposeful and compassionate understanding of trauma and its effects, working to create a space where survivors feel safe to share their experience. A trauma-informed response is one that uses this knowledge and understanding to respond intentionally and carefully in order to support the healing process.

“We are asking how we make our spaces accessible to those who have experienced sexual assault,” Hannah Retzkin, the Sexual and Relationship Prevention Specialist who conducted the training, said. “We are working on reframing how we handle this so that abusers are at fault, not the survivors.”

The US Department of Justice reports that one in four female undergraduates will experience sexual assault during their college career. Despite this fact, only 20 percent of female survivors inform the police, and only 46 out of every 1000 reports end in arrest. The ACLU reports that 95 percent of sexual assaults don’t get reported.

These statistics make training like this necessary because often times campus resources are the only way survivors feel comfortable sharing.

“You may be the first person that they tell about an incidence of sexual assault, harassment, relationship violence, or stalking,” the event’s webpage said. “By educating yourself and following some simple guidelines, you can effectively support student survivors and report to the appropriate college officials.”

The attendees of the training were a mixed bag — literature professors, office heads and costume designers. Trauma-informed response training isn’t mandatory for DePaul faculty and staff, but is open to all employees.

Retzkin began the training with an introduction to the effects of trauma, citing how these events impair an individual’s biological, psychological and social functions.

“After a traumatic experience, an individual’s vulnerability and safety are shattered, producing an emotional state of extreme discomfort and stress,” she said.

Traumatic experiences alter neurobiological functions, Retzkin explained, in how they trigger a survival response. The amygdala, the part of the brain involving stress response, goes into fight-or-flight mode, and the prefrontal cortex, the part of the brain involved with rational decision making, is impaired. Psychologically, survivors of sexual violence are more likely to struggle with depression, anxiety and PTSD, and with that, they are also at risk of effects like hypervigilance, social withdrawal, substance abuse, chronic pain and suicidal ideation, she said.

Understanding trauma is critical when responding with a trauma-informed approach. By considering the effects, Retzkin said, responders are better able to understand the survivor’s actions and can better contextualize how these actions could be perceived.

Trauma-informed responses involve the acronym CARE, Retzkin said. “C” for compassionate listening, activating sincere empathy from a sincere audience, “A” for affirming the responder believes the survivor, “R” for respecting choices, offering support for whatever decision is chosen,and “E” for empower, ensuring that access to resources and understanding of options are provided.

The necessity of letting survivors make their own decision is one that many authority figures struggle with.

Retzkin also stressed the importance of survivor-supported verbiage, providing phrases for responders to use that indicate survivors are believed. Avoiding victim-blaming language like “how much did you have to drink?” was encouraged. By using language that assures faculty is on their side, survivors feel safer sharing.

“I think that sometimes the victim-blaming comes because we don’t understand how to respond in a trauma-informed way,” said Emily Opalski, the director of Compliance and Risk Management and Deputy Title IX coordinator. “So a lot of those mistakes that we make can be avoided if we know how to respond.”

Institutions actually addressing campus sexual violence instead of ignoring the problem is a relatively new phenomenon, so understanding how to respond as faculty member of a larger institution is difficult. Trauma-informed response training helps abate that.

“There are so many behaviors that have never been addressed, so then they’ve never been perceived as inappropriate,” said George Keating, an acting professor at the Theatre School. “It’s important to listen.”

Trauma-informed response training isn’t mandatory, but sexual and relationship violence prevention, survivor support and bystander intervention became part of DePaul’s required training in 2014 through a partnership between the Office of Institutional Compliance and the Office of Health Promotion and Wellness.

General DePaul faculty and staff are “responsible employees” by Title IX, which says that all responsible employees who have been informed of sex discrimination, including sexual or relationship violence, are required to report to a Title IX coordinator. This report results in an email from Title IX coordinator to the survivor that lays out all of the options available for preceding. Survivors can then decide if they wish to continue, whether that be through on-campus counseling, legal action or nothing at all.

“The trauma-informed response goes a little deeper,” Opalski said. “I manage General Compliance Training every year, and student employees, faculty and staff are required to do that. Sexual and relationship violence is a part of that, and so I try to add factors that are missing.”

As more exposure and a better understanding of how these issues should be treated from an institutional level develops, it will be important to note the role DePaul plays in this narrative.

Despite the seemingly pervasive nature of sexual violence on college campuses, the training emphasizes that it is not inevitable and there are ways for institutions to meet survivors where they are.  By prioritizing trauma-informed approaches, institutions can minimize adverse effects and make the healing process easier for survivors.