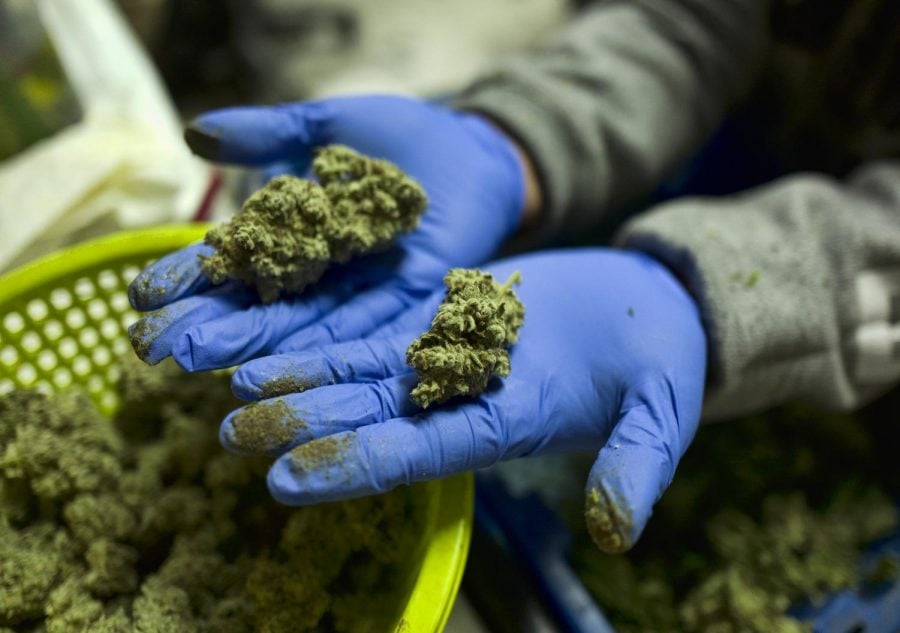 In 2017, 2,202 families in Illinois felt the immediate effects of the opioid epidemic that has consumed the nation. Over 2,000 Illinois residents died in opiate related drug overdoses in that year, a rate higher than the national average, according to the National Institute on Drug Abuse. In light of that, state legislators have begun attacking the problem from all angles, including with medical alternatives for prescription opiates, like marijuana.

“It’s definitely a very innovative way to both give people an alternative to pain treatment and to help combat the opioid crisis in this state at the same time,” said Jason Erkes, spokesperson for Cresco Labs, the leading medical cannabis distributor in the state.

Under the new Opioid Alternative Pilot Program [OAPP], Illinois residents qualify for medical marijuana if they have one of the 41 conditions listed or could otherwise be prescribed opiates for their medical condition. When the program went into effect on Feb. 1, instead of choosing opiates, patients can instead opt for medical cannabis and pick it up at any of the many dispensaries throughout the state, similar to any other prescriptions they might receive and pick up at their pharmacy.

In another definitive step toward medical cannabis policy reform, the OAPP eliminates the lengthy and complicated process of background checks and fingerprinting – elements not required to attain nearly any other medical prescription in the state. A process that could normally take up to three months has become almost immediate, further removing obstacles between patients and their treatment.

“If we’re going to call it medicine, we have to give it access the same way as traditional medicine is accessed,” he said. “The state realized that and took very aggressive steps to be able make that happen.”

The first of its kind in the U.S., many are speculating that all eyes will be on Illinois with this program being seen as a blueprint for effective and efficient implementation of regulated cannabis policies. Discussion surrounding the legalization of recreational adult-use marijuana has shifted, with some reports suggesting a bill could be passed this legislative session, as early as next month. But it’s important to note, Erkes said, that it will take some serious policy heavy lifting to get the program up and running fully.

“There’s boundaries and regulations surrounding it, so if the bill passes within the next month or so, the state will then take many months, maybe up to a year, to put all those regulations in place and develop rules for the program to make it as successful and productive as it can be,” he said.

What was once the subject of heated debate has become commonplace. Pro-cannabis policies are no longer considered risky stances for candidates and nearly every political debate references cannabis issues in some way. Now, it seems as if pro-marijuana perspectives have taken the logical next step, considering the potential and seeming inevitability of the marijuana industry.

“We have elected officials and policymakers that are getting elected […] on a pro-cannabis platform and I think that speaks volumes to our industry and to this plant’s credibility now,” Erkes said.

Medical marijuana has finally left behind years clouded in stigma and officially entered the spotlight. Hopefully, this program can help Illinois residents emerge from the shadows of opiate addiction as well.

DePaul’s Center for Student with Disabilities could not provide any comment regarding the program’s potential impact on its policies in time for print.