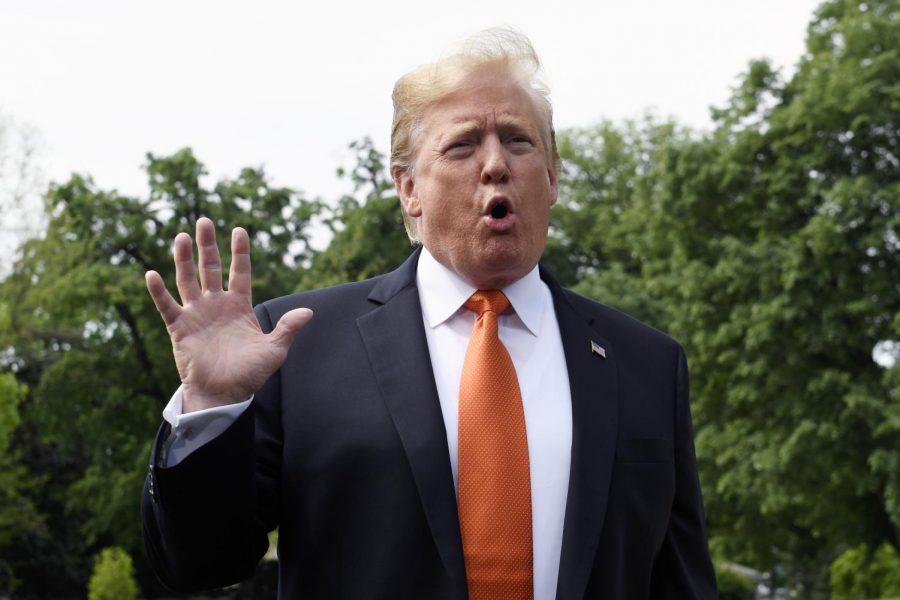 President Trump talks to reporters before leaving on Marine One on the South Lawn of the White House in Washington, Wednesday, April 24, 2019, for the short trip to Andrews Air Force Base in Maryland. President Trump and first lady Melania Trump will team up Wednesday to provide an update on the nation's opioid crisis during back-to-back speeches at conference in Atlanta.

WASHINGTON (AP) — President Donald Trump says his White House will be “fighting all the subpoenas” issued by House Democrats in their investigations into his administration.

Trump is criticizing those investigations and telling reporters at the White House that he “thought after two years we’d be finished with it.”

Democrats have stepped up their inquiries in the aftermath of special counsel Robert Mueller’s investigation into Russian interference in the 2016 U.S. election.

Trump says “it’s enough” and that “we’re fighting all the subpoenas.”

One congressional subpoena the administration is expected to challenge has gone out to Don McGahn, former White House counsel who cooperated with Mueller.

And the White House is pushing back on other fronts, including House Democratic efforts to obtain Trump’s tax returns and his business’ financial records.

President Donald Trump also says he’ll go directly to the Supreme Court “if the partisan Dems” ever try to impeach him.

But Trump’s strategy could run into a roadblock.

The high court said in 1993 that the framers of the Constitution didn’t intend for the court to have the power to review impeachment proceedings. The justices ruled that impeachment and removal from office is Congress’ duty alone.

“I DID NOTHING WRONG,” Trump tweeted.

Trump says not only are there no “High Crimes and Misdemeanors,” one of the bases for impeachment outlined in the Constitution, “there are no Crimes by me at all.”