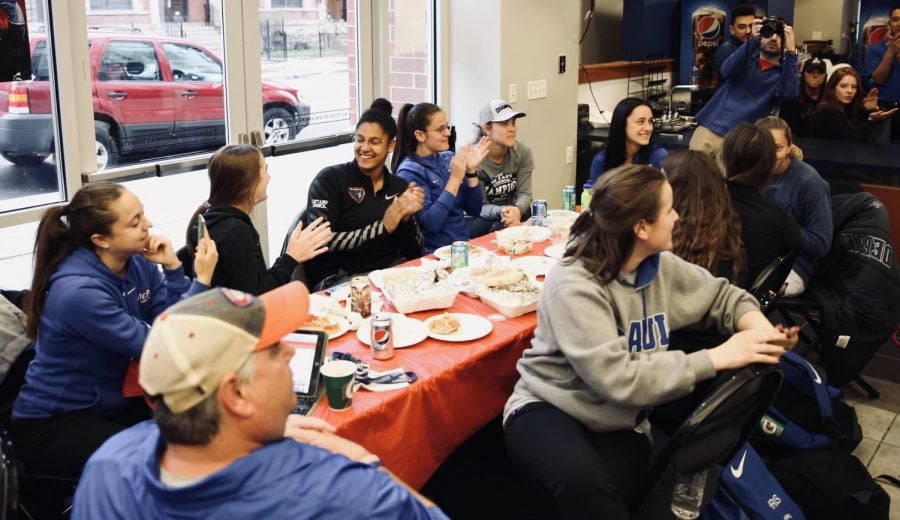 The DePaul women's tennis team finds out on Monday who they will be playing in the first round of the NCAA Tournament. The Blue Demons will face Kentucky on Friday in Ann Arbor, Michigan.

DePaul found out during Monday night’s NCAA Women’s Tennis Selection Show that they will be facing a familiar foe in the first round of the tournament.

The Blue Demons will face the Kentucky Wildcats on Friday in Ann Arbor, Michigan. The Wildcats finished sixth in the regular season and lost in the quarterfinals to Vanderbilt in the SEC Tournament.

“You can’t play scared, for us, we’ve had a lot of success when we’ve won doubles, we talked about that at the Big East and we won the doubles every time,” head coach Mark Ardizzone said when addressing the keys to victory.

“We are going to have to come out, we have to stand up to them very early, get them in a match, then maybe they will get a little nervous if they are playing someone that they think they should beat.”

“We have been there we have done that, I don’t think that we will be intimidated, we play a great schedule,” coach Ardizzone said when speaking on the caliber of opponents that DePaul has played throughout the year.

After going through a tough year with injuries and having to adjust on the fly, the Blue Demons feel ready for their next challenge.

“I think some other teams that would be in this situation would be intimidated but I don’t think we will be, it’s going to be about execution and we are going to have to play great to beat them,” senior captain Keisha Clousing said  “Everything that we have had to overcome, I think that’s our best mindset coming into playing our first round in the NCAA’s, who knows what could happen,”

Freshman Maddie Yergler was the only newcomer that was able to finish out the season and that resilience has come through in the most important time. She also stated that this has been much different than any other tennis setting that she has been in before.

“I just tried to complete as hard as I could because it was a huge opportunity that I was playing,” Yergler said. “But it was easy to adjust because everyone on our team is so accepting and we are so close.”

“It doesn’t even compare, this was my first sense of such a close team and we all had to fight to win something together, so it was a completely new experience.

If the Blue Demons are able to advance past the Wildcats in round one, they will face the winner of Michigan and UIC in the second round.