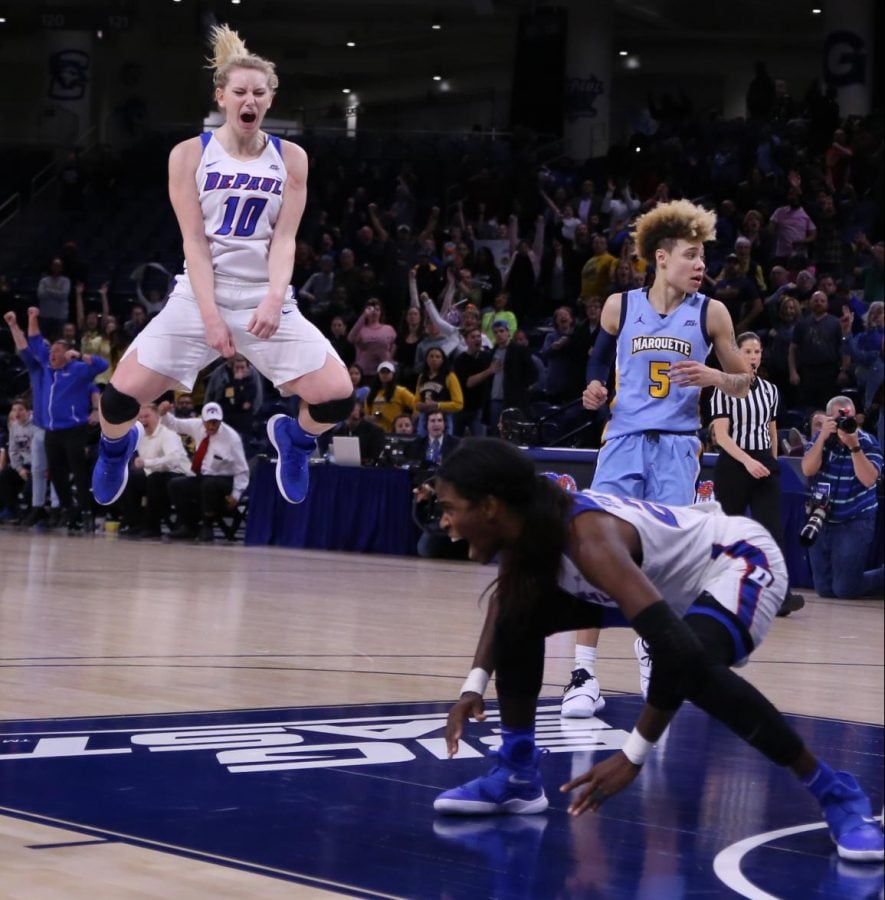 Chante Stonewall, Kelly Campbell, Lexi Held and Sonya Morris will be representing DePaul in the 2019 USA Basketball 3×3 National Championships on Friday and Saturday in Las Vegas.

The tournament will feature up to 16 men’s teams and 18 women’s teams competing amongst one another for their respective 3×3 title. This event will serve as the 2019 USA Basketball Men’s and Women’s 3×3 National Team trials.

Additionally, competing athletes are going to be in consideration for selection to the 2019 USA Men’s 3×3 World Cup team alongside the men’s and women’s 2019 U.S. Pan American Games 3×3 teams. This stage is the first step in USA Basketball’s pursuit to qualify for the 2020 Tokyo Olympics.

The 3×3 format will be the first of its kind at the Olympics in 2020 after debuting on the international level at the 2010 Youth Olympic Games. Compared to playing in a full court format, 3×3 is played on a half court with a 10-minute game clock and a 12-second shot clock. The first team to either score 21 points or lead once the game clock expires wins the game.

DePaul’s student-athletes were informed about the invitation in early April. Upon receiving the news, they began practicing in the 3×3 format immediately by playing with their other teammates and mixing up the combinations.

“It’s a wide-open, freelance style of basketball,” Campbell said. “Having a big player staying down low could be tough to face, but it’s just a 12-second shot clock. Everything will be moving much faster and that could tire out a bigger player.”

“It will be the first time in my life there’s an opportunity to make an Olympic team,” Stonewall said. “How cool would that be? Getting an invitation to a USA Basketball event like this is truly a once-in-a-lifetime opportunity.”

Both the men’s and women’s teams earned their berths through a 3×3 qualifying tournament or an invitation from USA Basketball. The USA 3×3 Nationals tip-off with preliminary games on Friday, May 3 at 3:00 p.m. PDT at the Downtown Las Vegas Events Center.