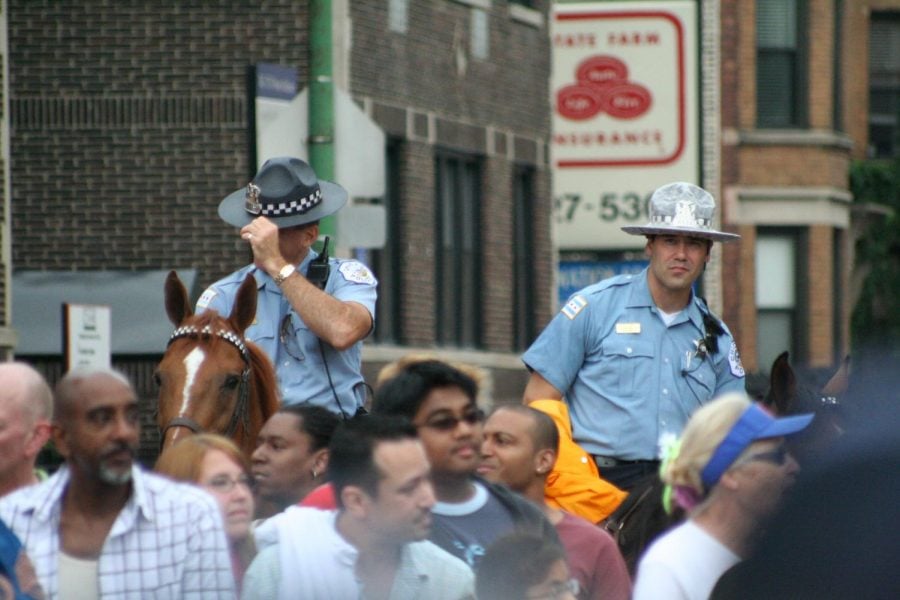 Currently, there is no database for accounts of police misconduct while the database that has information on potential Chicago gang members is used.

Chicago-area police departments — not including those in the suburbs — have had 56 officers decertified for misconduct since 2000, according to records released last month through collaboration between USA Today and the Invisible Institute.

The reasons for decertification include official misconduct, theft, assault and murder, among others.

The records were released after the Invisible Institute, a news organization based in the South Side of Chicago, and USA Today requested data on law enforcement officers who have lost their certification. That information was shared last month and is available in a database that is open to the public.

While some cases of police misconduct make national headlines, the vast majority gets very little to no notice, and there hasn’t been a public database with the information. Even though the data on police misconduct hasn’t been public, police do collect data on gang affiliation in the Citizen and Law Enforcement Analysis and Reporting (CLEAR) system.

While some cases of police misconduct make national headlines, the majority gets very little to no notice, and there hasn’t been a public database with the information.

“Before we can come up with a prescription for police reform, we need to know what’s going on,” said Alison Flowers, a journalist at the Invisible Institute.

That means that advocates for police reform now have a tool to use when pushing for changes, said Demetrius Jordan, a DePaul professor with expertise in criminal justice reform and community corrections. He said the need for accountability within police departments is important because law enforcement is trained by others in law enforcement, with little outside input.

“Bias exists in all of us […] give someone a firearm, and those individual biases will show themselves,” Jordan said. “We don’t even realize those biases exist, and now we’re giving them a badge and a gun.”

Jordan brought up the Laquan McDonald case as an example, which he said officers would have kept covered up if media hadn’t put the Chicago Police Department under a spotlight.

Though the database includes all officers decertified from the states that provided records, it doesn’t necessarily include all cases of police misconduct.

Flowers said that the database doesn’t necessarily present a full picture because it only includes reported cases.

People may not report issues with police because it can be demoralizing when about 97 percent of cases brought up are ruled in favor of officers, Flowers said.

“There’s a culture of impunity within CPD,” she said. “[…] People know it’s very unlikely that a citizen will be believed over [officers].”

Part of the issue is that officers can have their peers serve as supporting witnesses, Flowers said.

In addition, she said there are a variety of barriers to reporting cases.

For example, in Chicago, individuals must go to the Civilian Office of Police Accountability (COPA) in West Town to sign an affidavit in-person. Those who live in other neighborhoods would need the time and money for bus fare or gas to get there.

Not everyone believes, however, that the database will do much to improve accountability within police departments.

Joel Shults, a columnist for Police One, a news organization aimed at police departments, said that any issues with the culture of a police department stem from the state and city governments.

“Police culture is not siloed,” Shults said. “We have a state and a city with a history of corruption, then we suddenly expect something different from the police department.”

He also said there’s already “a high degree of accountability” within policing.

“I can’t imagine a profession that has more accountability,” he said.

Others, such as Jordan, want to see more improvements made within departments. Jordan said that what officers learn from their peers isn’t necessarily equal to what happens in real life, leading to officers sometimes automatically looking at individuals as suspects, not as people.

Jordan pointed to the Laquan McDonald case, in which he said officers were forced to be more accountable after receiving media attention.

“As a lifelong Chicagoan and a son of law enforcement officers, it’s hard to say I see progress,” he said.

Flowers said the partnership with USA Today is ongoing; the goal is to get more records available to the public soon.