A look back at some of TV’s most notorious finales 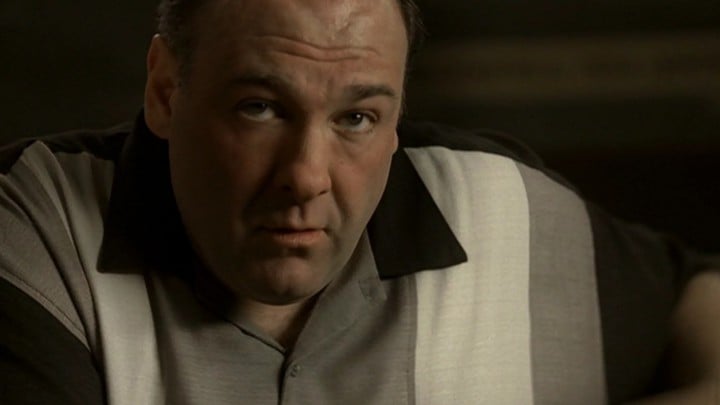 "The Sopranos" has one of the most notorious finales in history, dividing audiences forever on what actually happened to the legendary New Jersey mob boss.

The series finale of a TV show has typically been viewed as the conclusion of a show that fans have watched since its inception, with a proper send-off of its characters. Shows like the recently finished “Game of Thrones,” amongst others, have transformed many series finales into sources of cynicism and backlash that potentially have made or broken years-long TV shows.

In the same week that “Game of Thrones” ended, websites like USA Today ranked the series finale amongst one of the top five worst, among other infamous endings like “Dexter,” “How I Met Your Mother,” “Seinfeld” and “Lost.” All are shows considered successful and critically acclaimed, but remembered quite divisively in hindsight.

Since the start of the last “Game of Thrones” season on April 17, episodes began to be consistently criticized. Fans felt the season was rushed, characters began behaving differently and the lack of source material was hindering the story.

“They were trying to wrap up 10 years of storytelling that wasn’t close to being wrapped up all at once. At the end I wasn’t sure of what the climax of the show really was,” said Benjamin McAdams, 22, a longtime “Game of Thrones” fan. “The last season to me was high-production fan fiction.”

With the series finale in the creative hands of the show’s creators Daniel Weiss and David Benioff, rather than the books, this large responsibility became difficult.

“This whole season has been a different show. It’s a difficult task to end a soap opera, and essentially that’s what “Game of Thrones” had become,” said Nathan DeWitt, an adjunct professor in DePaul’s College of Computing and Digital Media. “[With] dastardly over-the-top characters doing dastardly over-the-top actions, ultimately you can either kill all those people or let them get away with it.”

The “Game of Thrones” finale, with its heightening criticism and backlash, highlights the unforgiving ire of a fanbase with even the slightest of mishaps.

“[A series finale] should fulfill the promises made in the early stages of the TV show,” said Mark O’Connell, adjunct professor of DePaul’s College of Computing and Digital Media. “When we first start watching a TV shows we buy into the premise of the show, the nature of the characters, and we sort of enter into an agreement with the makers. As the series comes to its end, and the audiences feel the producers haven’t kept up to their end of the bargain, fans are going to get upset.”

Some rather infamous examples that broke that bargain are television shows like “St. Elsewhere” and “Roseanne,” which ended in 1988 and 1997, respectively. Both shows’ series finales ended with the twist that previously depicted events that had been aired were all a figment of a character’s imagination.

With “Roseanne,” the entire last season was a diary entry written by a titular character as a coping mechanism from the death of her husband. In the case of “St. Elsewhere,” the entirety of the show was revealed to have all been the imagination of a young autistic boy as he played with a snow globe. The father of the boy would approach him saying, “I don’t understand this autism thing, but he’s my son. I talk to him and I don’t even know if he can hear me. He sits there all day long in his own world, starting at that toy.”

“I don’t like that kind of ending; it’s supposed to be startling and creative but no matter how you play it, it’s a cop-out,” O’Conell said. “The ‘St. Elsewhere’ [finale], that really leaves me cold. It goes back to what I said earlier: When you start watching a show, you make a deal with the show’s producers. You broke the deal.”

Despite O’Connell’s framework of what a series finale should be expected to accomplish and the consistent agreement that the “Roseanne” and “St. Elsewhere” style of finale endings is poor, there’s arguments to be made in defense.

“They’re cheats in a way, but they’re also kind of fun,” said Daniel Pal, an adjunct professor in DePaul’s College of Computing and Digital Media. “The way those two series ended, the producers did some things that no other series had done before, so you have to commend them for that purpose.”

For others, it wasn’t just a bold move but a thematic representation of the show’s theme.

“[‘St. Elsewhere’] was one of those first network shows that was known to take risks,” DeWitt said. “While it was certainly jarring it was somewhat fitting with the tone the show established and nihilistic sense of the show. At any point it felt like nothing mattered watching ‘St. Elsewhere.’”

It’s thematic elements that have often resulted in bold choices that then become the consistent pattern with more unpopular series finales. TV shows like “The Sopranos,” “Lost” and “Dinosaurs” all sought to convey a message consistent with the show’s messages in their finales.

“There’s a lot of TV shows that are based on plot, and when people talk about TV shows they’re talking about what’s going in them instead of what the message is,” Pal said.

“If it’s on a TV station that’s ad supported, you expect to see more plot satisfaction, like Ross and Rachel getting together,” DeWitt said. “In the realm of premium TV like HBO you’re more likely to see thematic endings like ‘Six Feet Under,’ where you watch everyone die. There you’re dealing with more artistic than commercial television.”

With the growing backlash to not only the “Game of Thrones” series finale, but the entire last season – with a Change.org petition to have the season rewritten signed by over a million people – the show’s feedback can be representative of its reception in our social media environment.

“We are a lot more cynical today than maybe we were in the 70s, and I think that’s why we see a lot more endings that feel more sour,” Pal said. “There are a lot of good series like ‘M.A.S.H,’ ‘Newhart,’ and ‘Cheers’ that had some phenomenal endings that were maybe more reflective of a culture that expected things to end happily.”

With the “Game of Thrones” finale being so fresh in fans’ eyes, time will tell if the show will be looked back on more favorably, just as some shows, like “The Sopranos,” have.

“It was mediocre; it was an ending,” Benjamin McAdams said. “It’s kind of sad that the final season of this epic story …  is now laughing at it and pointing out the stupid things that happened.”