OPINION: You can’t pay student athletes without hurting the community 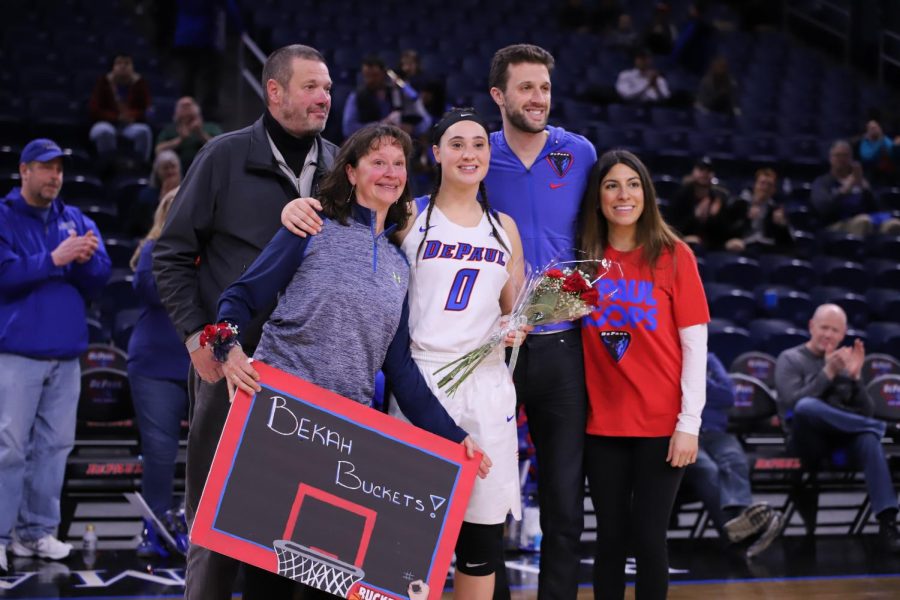 Student athletes getting paid has been a tough conversation recently. Many factors support both sides of the argument, a big factor being students and their relationship with those student athletes.

College athletes receive different kinds of privileges: workout facilities, personal trainers, rehab specialists — all of which serve athletes’ need to stay healthy. Also, college athletes get ideal living spaces that include rooming with teammates and a specific meal plan designated to their needs.

The everyday college student doesn’t normally receive those privileges; because of that, some college students question the prospect of student athletes getting paid.

“It would be annoying to sit in class and have an athlete sitting next to me being paid while I’m not,”  said DePaul sophomore Eryn Fleener, who interacts with athletes while working at the front desk of the Ray Meyer Fitness Center. “At DePaul, there is a significant gap between the athletes and the student body.”

“The athletes are secluded both by choice and not. I feel like there isn’t a real solid connection between the student athlete and the student body.”

Athletes have that ability to create not just friendships, but fan bases. Senior Andrew Weiss, also a Ray employee, touched on that.

“Some players could be seen as walking gods, and some of those athletes just want to live their life on campus like other students,” Weiss said.

Weiss believes that college athletes should get paid.

“Athletes don’t get a comparable amount with what they bring in. An athlete doesn’t get a dime of that money being made specifically because of them,” Weiss said. “I think that’s wrong. Their performance should have a monetary proponent to them.”

Weiss represents the other side of the argument, where students getting paid does not have an affect on their relationships with students. However, this antithesis sheds light on a substantial difference between the student and the athlete. The difference is that athletes have a different style of work ethic performing on a daily basis. College students are more adept to studies or extracurriculars, whereas athletes function based on physical and mental capabilities.

Regardless of the belief structure in saying athletes should get paid or not, it doesn’t justify their work ethic. There is a great amount of hard work and grit athletes endure daily to perform as best as possible; not just for themselves, but for the school they play for.

“I think it’s a tough conversation, because certain sports shouldn’t get paid more than the next, and genders should be given the same as well,” Dahlman says.

Different NCAA sports create different revenues, and it makes it harder for there to be a collective payout. Last year DePaul’s men’s basketball team reported revenues exceeding $7 million, according to U.S. Department of Education’s Equity in Athletics Database, which requires all universities — both public and private — to report certain financial data for their athletic programs. DePaul reported just over $3 million in revenues for their women’s basketball team that same year, and just under $3 million for all other sports combined. None of the teams reported a profit, with reported expenditures matching the reported revenues down to the dollar.

As far as what the regular student feels, there is still a difference between athletes and students.

Even that, regular students are also put on a pedestal. Regardless of one’s position, once a student is accepted to a university — particularly here at DePaul —everyone is expected to achieve, whether that is on the playing field or in the classroom.

The reason why athletes are a hierarchy is because they have different standards, and because of those standards, some can say they are given more resources to succeed. If those resources aren’t enough, then the argument of compensation comes up.

According to Weiss’s point, athletes have a sort of leadership role on campus. Students naturally will look up to the athletes as campus role models, which helps strengthen the relationship between the athlete and the student.

The bond between student athletes and regular students is important for the collective health of the college. Athletes getting paid would more likely damage that bond, considering it will cause more of a difference in how student athletes are treated. Student athletes may deserve payment, but it can come at a greater cost.