As water polo’s popularity grows, so do health concerns 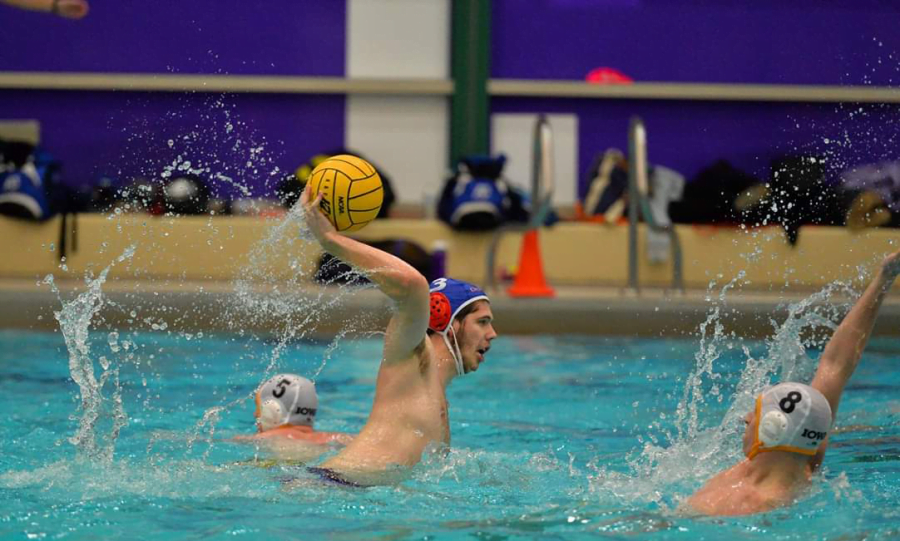 In one moment, Abby Schultz was celebrating her successful attempt to block her opponent from scoring. In the next moment, amidst the chaos of the water polo scrimmage between DePaul and University of Illinois -Urbana-Champaign and both teams splashing about the pool, Schultz found herself being forced underwater, and held there.

The DePaul Water Polo Club is a coed, though Schultz was one of the only girls on the team.

“If a guy on my team had blocked the ball he wouldn’t have been attacked after,” Schultz said. “This is part of the game. I didn’t do anything illegal or shady. I was just playing. I blocked a shot well.”

Water polo functions much like soccer, though instead of running on a field, players are half submerged in water and need to tread continuously. Feet are not allowed to touch the bottom of the pool. Because water partially obscures the game, players will often use this to their advantage. Senior Zach Elias, the club’s secretary, says these tactics include anywhere from scratching and grabbing, which aren’t necessarily illegal, to kicking, punching and elbowing.

According to news site Total Water Polo, Illinois has the second-highest amount of water polo players per state, next to California.

The DePaul Water Polo club, now in its fifth season, boasted about 16 committed players while Schultz was on the team from 2015-2017. The amount of women on the team fluctuated from two to six during that time. The team is part of the coed American Collegiate Water Polo League. The League always uses the men’s sized ball, which is a bit bigger than the women’s.

Elias has been a water polo player for eight years. He says the men and women on the team have always worked cohesively, and that gender doesn’t make a difference in the pool.

Morgan Miller was one of those experienced players when she joined the club after transferring to DePaul from Iowa State for her junior year. In high school, she was on the National Midwestern team, having played since she was 13. She’d always scrimmaged with boys, but had not been on a coed team until college.

“Guys play a different way, and they’re a little bit bigger. But I’m fast, I could keep up with them,” Miller said.

Even though the league is coed, both Miller and Schultz note that water polo is a male dominated sport, and as such, there weren’t many women on any of the teams they played. Many times, they were all male, and if there were women on the team, they didn’t play very much.

According to Miller, some girls may have felt more intimidated than she did.

Schultz said coming into the coed league was a bit of a shock. In high school, she had always been one of the biggest, strongest players on the team. Now, she was smaller than many of her competitors.

“Other teams would go after the girls on purpose, being extra rough. They were trying to find the weak spot, and just assuming it was the girl. That’s not an actual tactic, that’s just people being jerks” Schultz said.

Phillip Skiba is a board certified physician in Family and Sports Medicine, practicing at Advocate Health Care in Park Ridge. For the most part, he doesn’t think water polo is reliant enough on genetics because they pertain to gender to need to keep men and women separate in competition.

“Men can be faster swimmers than women. A large amount would depend upon the rules and things like that,” Skiba said. For example, how tough the ref’s going to be on physical altercations between the players. If they’re going to call during the match, you might not have a problem.”

In a recent Chicago Tribune article, it was reported that over a third of water polo players say they’ve gotten concussions from the sport. Miller has her own laundry list of injuries. What she rattles off includes four major concussions, many minor concussions, tears in both shoulders  —which she mentions she needs to get surgery for — carpal tunnel from snapping her wrists all the time, three broken fingers and many a black eye.

“Some days I feel like I’ve had some concussions,” she said. “I’m super groggy and all light hurts, just kills. It’s really hard to focus. Sometimes I can’t even read.”

Though she’s taken a beating, for her, it’s been worth it.

“It’s such a unique sport and not many people get to play it, so if you find out that you’re actually good at it and that you can play, why not? It’s so much fun,” Miller said.

Elias and Schultz have both come out without any major injuries. They both get the occasional scratching here and there, and Elias was once punched in the face, but the list of injuries they’ve received can be counted on one hand.

“I don’t think it’s an exceedingly violent sport,” said Elias. “There’s not anymore injuries than say soccer or even basketball. Stuff just kind of happens sometimes. Anything the refs see they crack down on. But, if there’s stuff going on underwater it is obscured.”

Schultz has never faced anything similar to what Miller described but, in a second instance of nearly being drowned during a game, a player Schultz  defended didn’t stop what he was doing after the referee blew his whistle on a foul, and continued pushing her head underwater, “I don’t really remember when happened, I swallowed a lot of water and had to get out. One of my teammates came up to me after and said ‘I jabbed him a bit underwater for you.’”

Skiba recommends being cautious when deciding if people should be limited in sport based on their sex.

“There’s a lot of discussion today about men and women’s sport, what can be coeducation and what should not be,” Skiba said. “Those are important questions to have in an open and honest way. When we want to say ‘you can’t do this, you can’t participate because you’re a man or a woman,’ we should make sure we have very good reasons for enforcing the rules that we want to enforce.”

Miller echoes Skiba’s sentiment, and though she has faced some burdensome moments on the coed team, she actually prefers it to an all-women’s team.

“I liked playing with a coed team. You get so many different players and guys are really good competition and it makes you better,” Miller said.