Motorsports brings a level of excitement and an element of risk 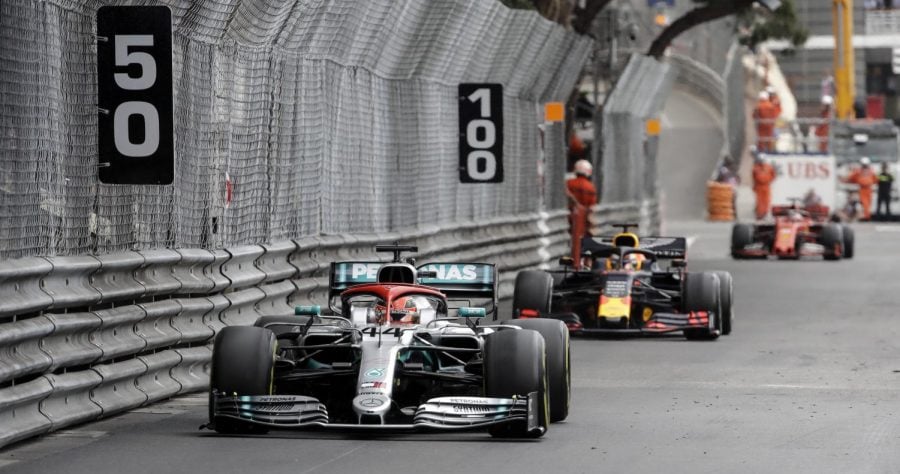 Mercedes driver Lewis Hamilton leads during the Monaco Formula One Grand Prix race, at the Monaco racetrack in Monaco on Sunday.

Every year, two of motorsport’s biggest spectacles fall on the same Sunday: Formula 1’s Monaco Grand Prix and the Indianapolis 500.

They both provide unique but opposite experiences of what makes motorsport so exciting. The Indy 500 features the open-wheelers racing at blistering speed — this year, they were averaging more than 230 mph throughout the 500-mile race.

But casting a dark shadow on both of these events is racing’s morbid history of death and destruction. In Formula 1’s history, 52 drivers have died on the track. At the Indianapolis Motor Speedway alone, 73 drivers, mechanics and spectators have died since the first race at the track alone since 1909.

“I feel like most people enjoy the excitement of racing because there is this element of risk,” said Danny Fischer, a 72-year-old Indycar fan who has gone to every Indy 500 since 1988. “That’s a part of racing and it always will be.”

Fischer remembers the death of Filipino Indycar driver Jovy Marcelo in the practice session for the 1992 Indy 500. While he was doing a warm-up lap at a comparatively slow 172 mph, he lost control of his squirrelly open-wheel race car and hit the wall at turn one and was killed instantly of a skull fracture.

“It’s like a gloom comes down over the whole rest of the weekend,” Fischer said. “The drivers, the fans, they all are kind of thinking, ‘We’re enjoying this event at the site of … someone’s death.’”

There is no other sport that experiences as much death as motorsport. But this does not deter the drivers from racing and taking risks in their drives, and the specter of death encourages drivers to take only acceptable risks — because they’ve seen what happens when things go horribly wrong.

“The drivers have to know that if they take a risky move, they are going to suffer the consequences,” Fischer said. “If they don’t think that there is a good chance they can make the move work, then they won’t take it.”

The car manufacturers have started designing the cars around the driver, encapsulating them in what they call a “survival cell,” which is a protected cocoon of carbon fiber. Because head injuries from flying debris or wall impacts are the most common modern causes of death, the drivers sit lower down in the cars than ever before, with just their eyes above the sloping nose of the car.

The designers actually create the cars to completely disintegrate around the driver in an attempt to disperse all of the energy of an impact.

All of the tracks have  added catch fences to stop airborne cars from hurdling into the stands, which was always a concern.

At the Monaco Grand Prix, there hasn’t been a death since 1963, which is truly remarkable considering how many lethal elements there are in the race. Because the race’s streets are centuries old,  they are narrow and bumpy, with drain covers that can come loose and be sent flying as well as sharp dives in altitude, which decrease the cars’ grip.

Formula 1 caught significantly more flak for their string of high-profile deaths in the 1970s and ’80s than Indycar did. As a result, they took a more proactive approach.

Jochen Kruger is a German racing fan and amateur racing driver himself. He is actually named after his father’s good friend, German Formula 1 driver Jochen Rindt, who was killed at the 1970 Italian Grand Prix at the notorious Adodromo Natzionale Monza after he was catapulted into a guard rail at upwards of 200 mph.

Kruger said that the crash that killed Rindt would be unlikely to occur again at Monza, mostly because of the way that tracks are designed.

“If you look at Monza now, what they’ve done is widened the track so drivers have more space if they run off,” Kruger said. “They put in guardrails with more [flexibility], so it’s not like just slamming into a wall. Making the cars safer is only half the battle.”

And while there hasn’t been a death in either sport in the last 10 years, that doesn’t mean that it can’t happen again.