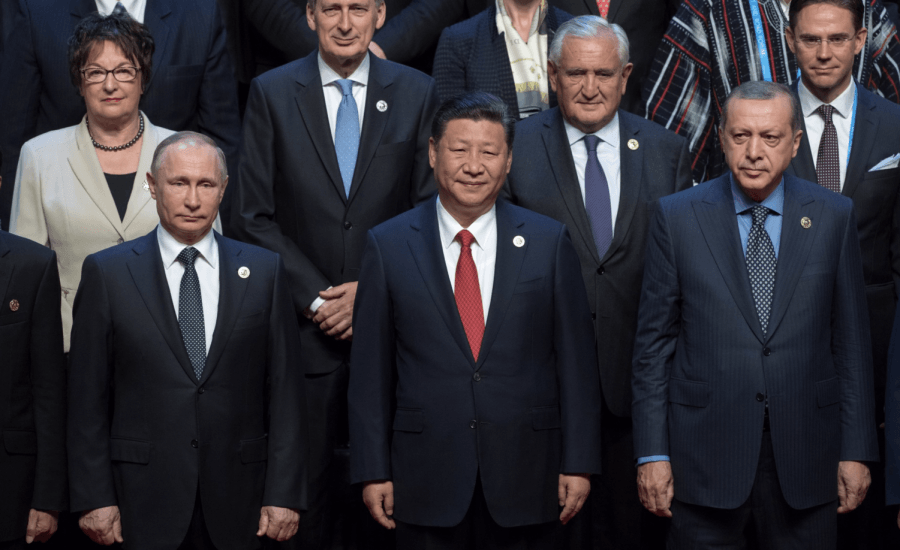 Since China introduced its plans to rebuild ancient trading routes in Eurasia in 2013, there have been billions of dollars poured into investments in Africa and Western Asia, with signed Memorandums of Understanding in a number of European countries like Italy. But while Chinese officials have touted the estimated $1.2 trillion initiative as a positive booster for the global economy, many critics have called the initiative a potential debt trap for poor and developing countries.

Functionally, Belt and Road works in different ways depending on the terms of its agreements with specific countries. But broadly, it is a series of ports, bridges, transit lines, power plants and other infrastructure developments built around the world by the Chinese government. Also known as the “New Silk Road” project, one of its key aims is to increase cultural and economic exchange between China and its western neighbors, similar to the ancient trade route of the same name that connected China with countries in other parts of Asia and Europe.

China isn’t motivated solely by profit, according to Animesh Ghosal, professor emeritus of economics at DePaul. In helping underdeveloped countries build up their transportation, education and sanitation networks, China is also trying to spread its own influence.

“The goal is not profit, at least directly, though improved infrastructure will be of some benefit for Chinese firms,” Ghosal said via email. “The Belt and Road Initiative is better viewed as a combination of aid, development loans and foreign policy (to enhance China’s influence).”

Chinese immigrant and second-year economics student at the University of Minnesota, Andy Columbus, said he doesn’t think China is “saddling” countries with debt.

“Saddling is using poor countries through cooperation but with harmful intentions in mind,” he said. “That cannot be fully true here in the [Belt and Road] initiative.”

Columbus cited China’s infrastructure deal with Pakistan, which has mostly been touted by the leaders of both countries as a prosperous partnership. China has loaned billions of dollars to Pakistan, including for the massive China-Pakistan Economic Corridor. Columbus said the relationship between the two countries is a mutually advantageous one.

“This would be beneficial to China because India is in the palm of the West, and Pakistan is a route around India via trade,” he said. “At the same time, Pakistan would be getting roads and schools that they need; this kind of bargaining is common throughout all the dealings of the initiative.”

But China is not without its critics, some of whom argue that in addition to taking advantage of poor countries, Belt and Road is also creating more economic problems for China in the future.

“There have been some questions raised in China about whether the government should be spending so much — the estimated expenditure is $1 trillion dollars over the next 10 years — abroad when there are pressing needs at home. In addition, economists at the Chinese Academy of Social Sciences have expressed concern that many of the Belt and Road projects are too risky, and that China should seek other co-lenders.”

In response to such criticism, Chinese President Xi Jinping addressed the public at the annual Belt and Road Forum for International Cooperation last month with pledges to increase transparency, reduce corruption and strengthen existing partnerships between China and recipients of Belt and Road projects.

“We need to maintain that all cooperation is conducted under the sun and work together to combat corruption with zero tolerance,” Xi said.

Li Jin, director of the university’s Chinese studies program, said she doesn’t believe China’s goal is to trap countries in debt. Still, she said, there are aspects of the initiative that could be implemented better.

“I think this initiative is not well-organized due to the huge number of projects, people and organizations involved in it as well as its ad-hoc nature as a multinational initiative; I predict it will be full of success stories as well as failures,” she said. “But if the majority of the projects are fruitful, the global perception of China will absolutely improve.”