DePaul provost to step down after medical leave 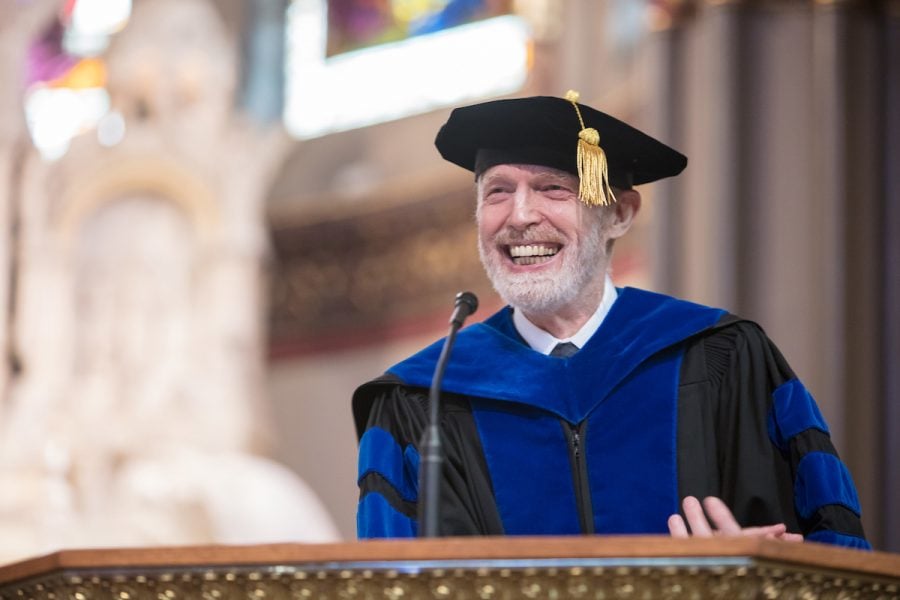 DePaul Provost Marten denBoer will be stepping down June 30, the university announced Wednesday in a campus-wide email. The announcement comes after eight months of medical leave, which began last October after denBoer revealed he has leukemia.

“Serving as provost of DePaul University has been the high point of my academic career,” denBoer said in the news release. “The outstanding engagement and commitment of the DePaul faculty and staff to the university’s Vincentian mission make this such a rewarding place to lead academic affairs. It has been an honor to have worked with two presidents, multiple deans, faculty and staff – all truly dedicated to students and student success – to further build this institution. I deeply regret that my health requires that I step down as provost.”

denBoer has been DePaul’s provost since 2015 and is a physicist by training.

“Marten’s experience as an academic leader, his recruitment of effective deans and senior administrators and his development of innovative degree programs have been invaluable,” DePaul President A. Gabriel Esteban said in the announcement. “He has created a legacy that will serve DePaul well as we address the goals that will keep us grounded in mission.”

The university provost serves as the chief academic official, second only to the president at DePaul. denBoer oversaw the offices of Academic Affairs, Enrollment Management and Marketing, Student Affairs and Teaching and Learning Resources.

“Marten’s commitment to DePaul’s mission and values has been evident in his priorities as provost, and we thank him for his many contributions,” Jim Ryan, chair of the board of trustees, said in the announcement.

denBoer will continue working at DePaul, reporting to President Esteban and working with the interim provost, serving as special assistant to the president for strategic initiatives with a focus on health sciences and engineering.