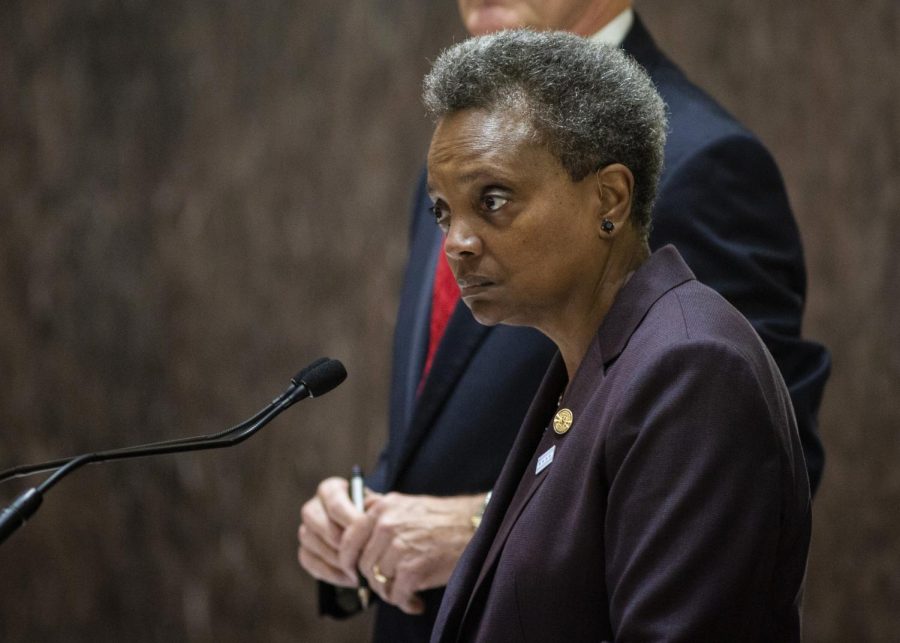 Mayor Lori Lightfoot presides over her first city council meeting at City Hall in Chicago on Wednesday, May 29, 2019.

Chicago Mayor Lori Lightfoot says the city’s police department will not participate in an U.S. Immigration and Customs Enforcement roundup of migrant families who have been ordered out the country.

ICE agents have been directed by President Donald Trump to conduct pre-dawn raids in major U.S. cities on Sunday, according to published reports.

In a statement released Friday, Lightfoot says she has directed the Chicago Police Department to terminate ICE access to its databases related to federal immigration enforcement activities. She says Superintendent Eddie Johnson confirms the order has been carried out.

Lightfoot said she has spoken to ICE officials in Chicago and voiced her objection to any roundup of migrant families.

In her statement, Lightfoot said Chicago “will always be a welcoming city and a champion for the rights of our immigrant and refugee communities.”