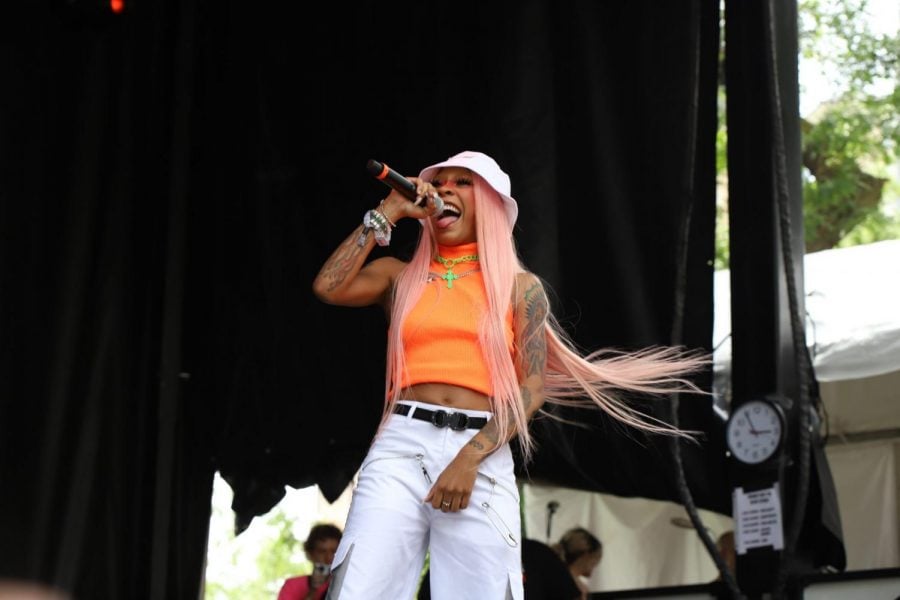 Rico Nasty | Photo by Xavier Ortega for The DePaulia

Pitchfork Music Festival kicked off in Union Park on Friday, July 19. The hottest day of the year so far, coming in at about 100 degrees during the day, did not stop the festival-goers from enjoying the music, dancing and overall vibe of the day.

Beginning with some light jazz as the Great Black Music Ensemble to 1:30 p.m., it was only so long until the sun hit the middle of the blue sky and began affecting the festival grounds. Even though the heat discouraged some, most attendees were more concerned with the music than their impending sunburn. Click through to see our gallery of the day’s performers.