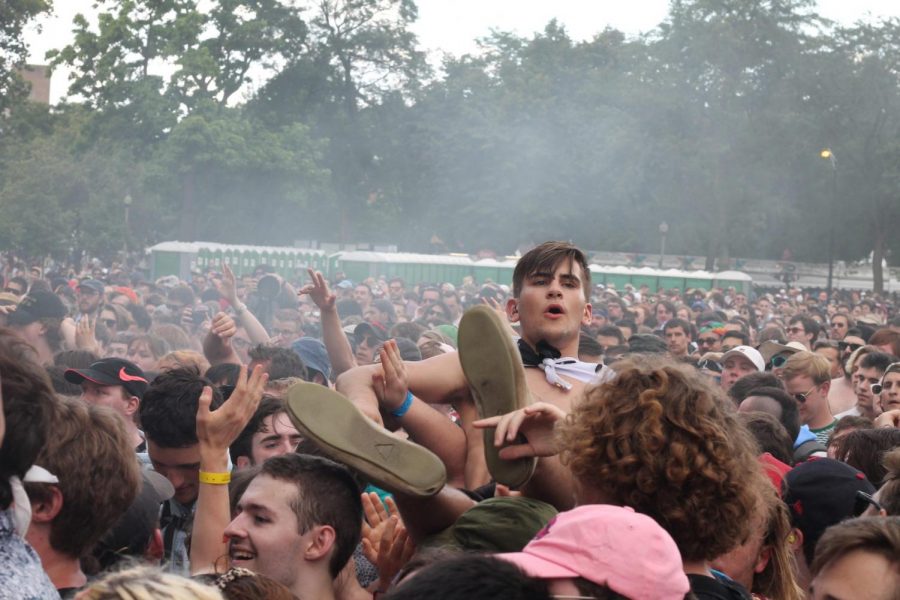 The second day of Pitchfork Music Festival on July 20 started out feeling hotter than the first day, but once the temperatures cooled with some cloud coverage, it almost seemed like a gift from the festival gods. That fantasy quickly diminished when festival officials announced at around 6 p.m. that the grounds were to be evacuated because of extreme weather conditions in the area. After about an hour of being closed, the festival opened back up to the delight of the attendees. Click through the gallery to see the night’s highlights.