3 dead in shooting at Gilroy Garlic Festival in California 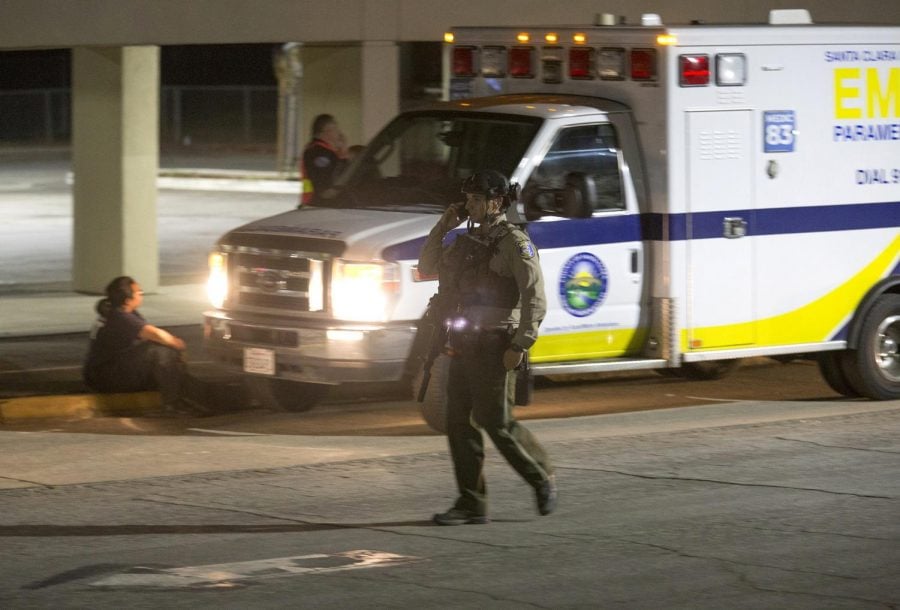 The mayor of the California city where a gunman killed three at an annual food festival says the community will mourn the tragedy but will get through it.

Gilroy Mayor Roland Velasco told a press conference Monday that gun violence is an epidemic in the United States and it’s “beyond sad” that a charitable event such as the Gilroy Garlic Festival was targeted.

The gunman opened fire Sunday as the festival was in its closing hours, sending the crowd scattering.

Three police officers immediately engaged and killed the gunman, who was armed with an assault-type rifle.

The mayor commended the officers’ “remarkable bravery” in running toward the shooter and says they undoubtedly saved many lives by putting their own lives in danger.

Gilroy Police Chief Scot Smithee says even though the handgun-equipped officers were outgunned, the officers were able to quickly fatally shoot the gunman.

The gunman killed a 6-year-old boy, a 13-year-old girl and a man in his 20s. There’s no immediate word on the other 15 people who were either wounded or suffered injuries such as scrapes and bruises.

Smithee says the motive remains unknown. Police are still investigating whether there is a second suspect.

A woman who lives across the street from the family of the shooter says SWAT officers came to the home.

Jan Dickson says the officers ordered those inside to come out with their hands up Sunday night and one person did. She says the parents had four boys: one who’s a boxer and another who’s a runner.

Dickson said Monday that they were “a nice, normal family.” She says Santino William Legan hadn’t lived there for at least a year.

A law enforcement official who wasn’t authorized to discuss the matter publicly and spoke to The Associated Press on condition of anonymity said Legan opened fire at the Gilroy Garlic Festival on Sunday.

Trump spoke Monday before an event at the White House to sign a bill ensuring that a victims’ compensation fund related to the Sept. 11 attacks never runs out of money.

The president said that the nation would “grieve” for the victims’ families and “ask that God comfort them.”

Trump, who has steadfastly opposed ambitious gun control measures, said the nation would “answer violence with the courage of our national resolve.”

Edward and Jane Jacobucci said they were standing at their booth selling garlic graters when the shooting started Sunday afternoon.

Edward Jacobucci said the shooting was “absolute chaos.” ”It happened right in front of our booth,” he said.

She said her husband threw her to the ground when the shooting started.

The wounded from a shooting at a food festival in Northern California were taken to multiple hospitals and their conditions ranged from fair to critical.

Several of the victims from the shooting at the Gilroy Garlic Festival were in surgery Sunday night. At least five had been treated and released, said officials from the hospitals.