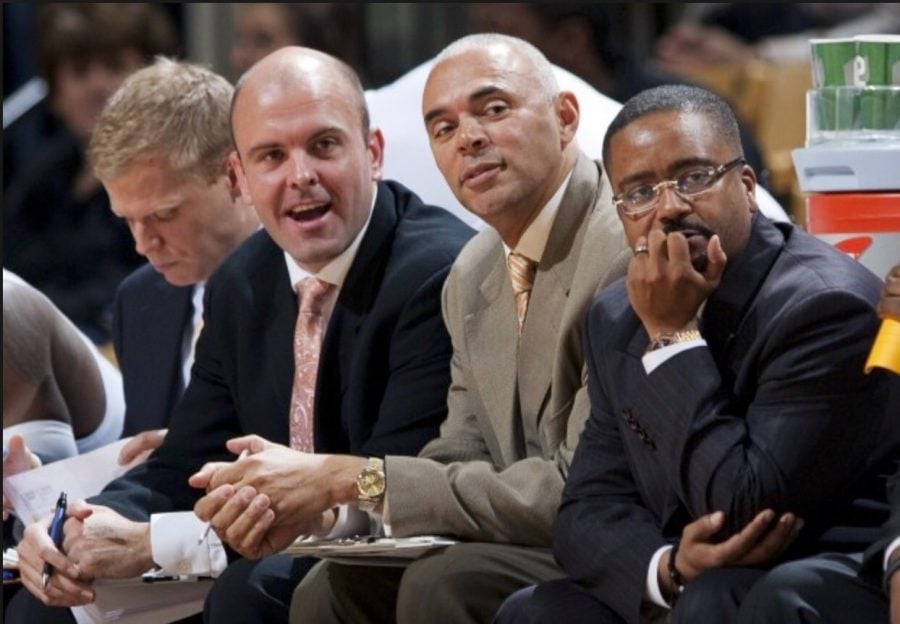 Athletic Director Jean Lenti Ponsetto and men’s basketball coach Dave Leitao agreed to terms on Monday with former associate head coach Rick Carter over an order of protection filed against him in September after he allegedly made threatening comments toward them.

The agreement states that Carter must stay a minimum 2,500 feet away from the athletic department offices in Lincoln Park, which was reduced from 10,000 feet in the agreement. Carter cannot have any contact with Ponsetto or her immediate family, which includes Joseph Ponsetto, the husband of Jean Lenti Ponsetto and attorney at the Law Offices of Peter M. DeLongis, LTD. Joseph Ponsetto played basketball for the Blue Demons from 1974-1978 and was drafted by the Chicago Bulls at the end of his senior season.

At the first court date in October, Joseph Ponsetto was representing his wife after having filed the order of protection on her behalf, before swapping roles with Leitao’s attorney. Ponsetto was not in court with either Lenti-Ponsetto or Leitao this Monday. Carter, who didn’t have a lawyer when the case began, had a lawyer present with him in the courthouse on Monday.

Carter also cannot have any contact or communication with staff from the athletic department, student-athletes or, as a result of the 2,500 foot boundary, DePaul University. Leitao, who requested the protection order on Sep. 25, 2018, had his residential address granted protection from Carter as well.

“I’m glad we could settle this amicably,” Carter told The DePaulia on Monday. “I wish DePaul the best of luck and look forward to putting this behind me and moving on with the rest of my life.”

A student-athlete was also mentioned in the case, but since they graduated recently, they are no longer protected by this order. That athlete was never named.

According to court documents obtained by The DePaulia, after Carter was fired in 2017 he told Leitao that he would “physically bury him.” After a couple of months passed, Carter asked assistant head coach Tim Anderson via text if he could meet with Leitao to discuss why he was let go and said he “would knock on [Leitao’s] door at home.”

That prompted Leitao to request a protection order and also requested that order extend to his wife and son.

Carter also posted lyrics to a Kayne West song, “Monster,” on his Twitter account that read, “I smell a massacre, Seems to be the only way to bag you bastards up,” which then prompted Ponsetto to file a no-contact order against Carter. The tweet, however, did not mention Lenti Ponsetto or Leitao.

Carter served as associate head coach for the Blue Demons for two seasons between 2015-2017 after two years coaching at Xavier University. He is the co-founder and CEO of SpotterEDU, a firm that creates software designed to improve academic accountability among student- athletes.

When The DePaulia contacted the athletic department for a statement, they declined to comment.