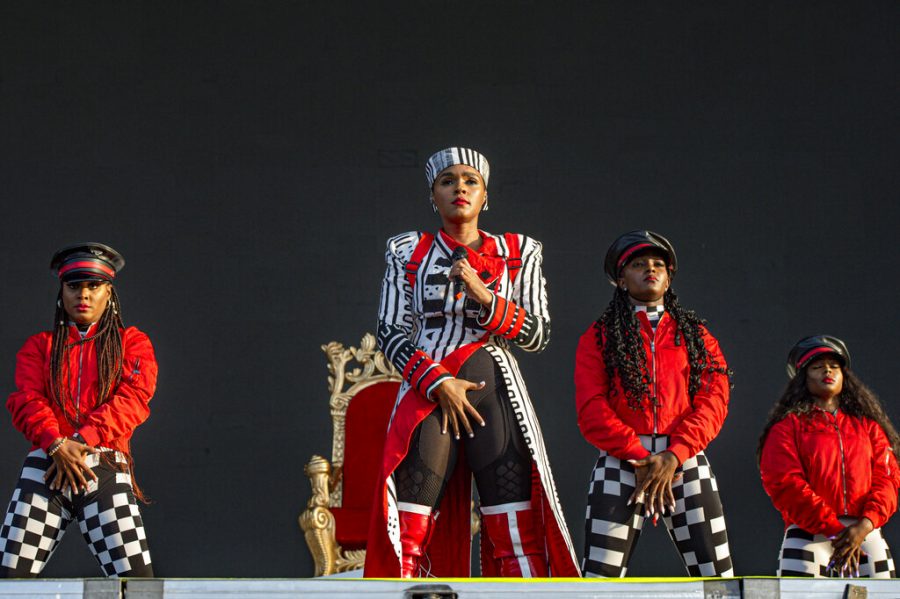 Janelle Monae performs on day two of Lollapalooza in Grant Park on Friday, Aug. 2, 2019, in Chicago.

Just like that, Lollapalooza 2019 is already halfway over. Attendees were far from pessimistic, and whether it was the stronger lineup or simply second-day excitement, Friday’s energy was much higher than Thursday’s.

But with higher energy brought greater risk-taking, and many of those risks came to fruition on the festival’s second day.

Emergency vehicle presence was much higher throughout the day Friday, though according to the Chicago Tribune, hospital transports were down by over half from last year as of Thursday.

Attempted fence-jumping — one way people without wristbands try to sneak into the festival each year — increased significantly Friday, and one video taken by photographer Jeremy Cohen showed roughly 50 people storming the gate at Michigan Avenue and Balbo Drive.

The Office of Emergency Management and Communications told NBC 5 in a statement that CPD and security “responded immediately to the situation and resolved it within moments.” No one in the group was able to make it into the festival, the statement said.

Nonetheless, that same energy contributed to Friday’s concert scene, making the shows all the more fun. Here are some of the day’s highlights.

The crowds at Kidzapalooza may have been smaller than those at some of Friday’s headliner shows, but they were no less enthusiastic about the music being made onstage by the School of Rock Allstars.

The group of nearly 20 high school-aged musicians took the stage around 3 p.m., performing songs like Lady Gaga’s “Poker Face.” Each kid viewed themselves as the show’s star, thrashing around the stage in a way which proved it to the crowd and living up to the Allstar title they were given when they were invited into the program.

The group which played today, “Team 5,” is the first School of Rock Allstars team to ever cross the border and perform in Canada, one of the Allstars on stage told the crowd as a fun fact.

I couldn’t smell much over the mix of sunscreen and sweat, but I guess that’s teen spirit.

Before 21 Savage, whose real name is Shéyaa Bin Abraham-Joseph, performed Friday, an announcer was tasked with hyping up the crowd. He asked the audience nearly half a dozen times if they were ready for 21 to take the stage, and each time, the crowd desperately shouted back, “Hell yeah.”

Echos of those words could be heard at Buckingham Fountain, and by the time he actually took the stage, the crowd had already nearly doubled in size.

He started his set with “Red Opps,” and from then to the last song, the audience was on its feet. A low-scale earthquake rocked the festival grounds with every collective crowd jump.

At first glance, the crowd for Rich the Kid looked huge. Performing across at the Lake Shore stage, most of 21’s crowd from the T-Mobile stage across the lawn just turned around, ready to move right into the next act.

But Rich the Kid’s set started 15 minutes late, and it didn’t do him any favors. By the time he got started, the crowd was slowly but steadily making its way off the grounds. While he did have a dedicated pack of probably 50 fans jam-packed and completely engaged at the front of the stage, everyone else was more engaged in a conversation with their friends or with getting past the stairs which led to the rest of the festival grounds.

The performance was practically done before it began.

There was no glitter in sight at the Titos stage, across the grounds from where rappers 21 Savage and Rich the Kid were performing. Chevelle, an Illinois native rock band formed in 1995, performed for a crowd of grunge-loving dads and still-emo 20-somethings Friday in a performance that revisited the glory years of rock music.

It could’ve been an entirely different festival. Instead of the bouncing and hand-waving that the pop acts Lollapalooza brings in are known for, this crowd stuck with head bobbing, a dance move which defined the era for which their performance was designed.

Yes, the music was repetitive— as is emblematic of grimy ‘90s rock. But the crowd basked in those similar sounding chords, and for a moment, the rhinestone face accessories and neon crop tops of Lollapalooza 2019 disappeared into the backdrop of the festival, transporting fans and those who just stumbled upon the set back in time.

Death Cab for Cutie waltzed onto the Bud Light stage with no glitz or glam, just arriving almost transactionally to provide what their crowd wanted— some good music.

A mid-sized group stood up near the front of the stage, ready to bob along to the songs they’d listened to — or heard their kids listen to — throughout early 2000s high school, but the majority of the audience sat out on the lawn on picnic blankets. There were fans there as young as a few months old and as young as 60 years old.

Nearly everyone there broke into a smile when they started their set by playing “The Ghosts of Beverly Drive,” the second single on their eighth studio record released in 2015.

In what felt like the most intimate concert of the night, lead singer Ben Gibbard swayed with each song, his hair blown back by a fan up front in true ‘00s fashion. Gibbard later invited Chance the Rapper up to the stage for a rendition of “Do You Remember,” which the two collaborated on for Chance’s new album, “The Big Day.”

It was all about the ladies — especially the weird ones — at Janelle Monae’s performance Friday, where she delivered an epic performance doused in funk and soul.

She used much of her set as a political message of both love and protest, noting at the beginning that she’s “sick of white Republican men in the White House…still,” and that she wants America to “let the vagina have a monologue.”

She changed her costume six times, going from wearing a sweatshirt with her face on it to glitter-covered pants to a “The-British-are-coming”-like overcoat. Her four back-up dancers, all women of color, also changed their outfits throughout the course of the performance.

After a few songs and a dramatic dance break, she reminded the crowd of which communities she says they’re fighting for: women, LGBT people, black people and immigrants. She added that the fight is against abusers of power, which garnered loud cheers from the audience which spread about halfway to the Lake Shore stage across the lawn.

Her show had four different endings — she just kept coming back for more — where she led the band, which included a trumpet and trombone, in a hips-directed Elvis Presely-like close.

When spotlights hit the center of the crowd at the T-Mobile stage, confusion broke out for a moment—that is, until Childish Gambino began singing from a platform high above the already-wailing crowd. After a few opening verses, he climbed down from the platform and made his way through the crazed crowd, turning around every few seconds to stare straight into the camera capturing the show with what can only be described as crazy eyes.

Once Childish Gambino, aka Donald Glover, made it to the stage, he welcomed the crowd to “The Childish Gambino Experience.” The show had two rules, he said: to have a “[expletive] good time” and to “get off your damn phones.” He added that if crowd members came to hear their favorite song, they should go home and listen to it, because tonight was going to be more than just a concert.

The small choir robed in all black, which sang in front of the band, was a stark contrast to his own get-up, which was a pair of white pants alone. He moved across the stage hips-first, which sent the crowd spiraling.

Later, he shot off a firework show which put Navy Pier’s to shame. Glover said that like most festivals, the crowd was none to par, and that on a scale of one to 10, his Lollapalooza crowd was a 16 plus.