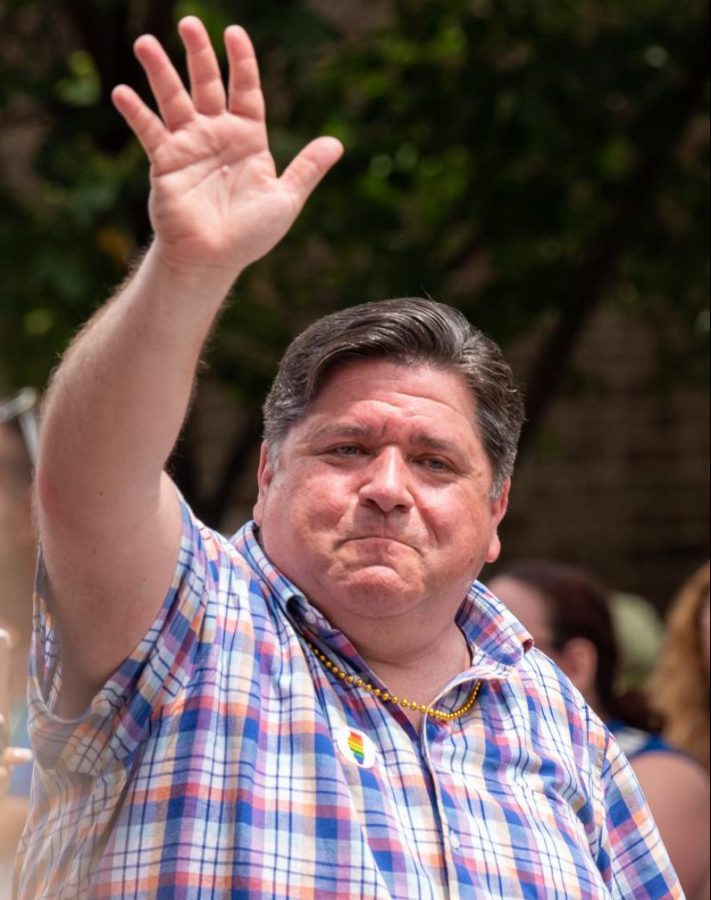 Governor J.B. Pritzker waves to the crowd as he participates in Sunday's pride parade.

Gov. J.B. Pritzker has signed a law aimed at creating protections for immigrants who rent in Illinois.

The Democrat says a person’s place of birth has nothing to do with the ability to pay rent on time. The move makes Illinois the second state after to California to have such a law.