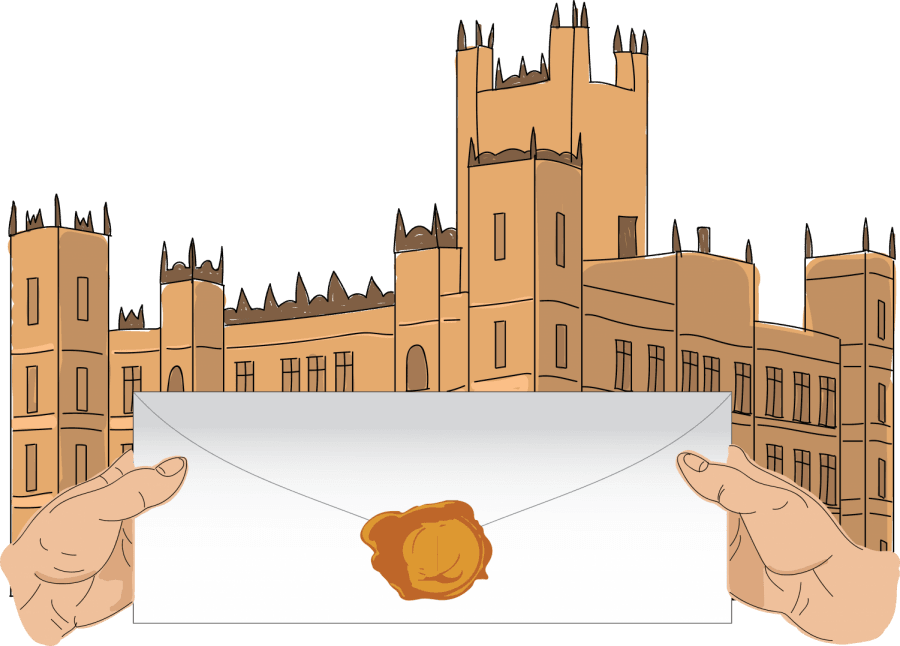 “We’ve been expecting you,” reads the tagline of director Michael Engler’s film adaptation of “Downton Abbey.” A perfect tagline for a world that has seemingly frozen in time waiting for its audience to return. Engler doesn’t miss a beat in continuing where creator Julian Fellowes’ left off with the series finale in 2015. From the moment the opening credits began, the audience was transported back into the glorious and lavish world of the Crawleys and their staff. With huge, sweeping shots, glittering costumes and hilarious quips from the Dowager Countess, “Downton Abbey” is back in business once again.

In the opening scene, a letter makes its way from the post office desk in London to the Downton Abbey estate in Yorkshire. For fans of the TV show, this is familiar, as the series’ first episode back in 2010 began with another letter traveling to Downton, bearing the news of the death of the heir to the Earl of Grantham on the ​“Titanic,” ​setting the show in motion.​ ​This time, the family is alerted to the news that the king and queen of England have decided to stay for one night at the Abbey on their UK tour. This storyline is perfect for a film adaptation, highlighting beautifully the first world problems of the rapidly declining aristocracy, as well as providing the storyline necessary for a successful full-length film.

The film is energetic and clever throughout, following the same patterns that Fellowes originally used. Much of the first act is used as setup, allowing the audience to drink up every detail of the characters and their world. Most of the original gang has returned, which includes upstairs royalty Hugh Bonneville, Maggie Smith and Michelle Dockery and downstairs favorites Jim Carter, Phyllis Logan and Sophie McShera. There are some fresh faces as well, including Imelda Staunton, Tuppence Middleton and David Haig.

With more than 20 characters in the film, Engler stuck to allowing the characters to do what they do best. While each B plot wasn’t surprising, they allowed audience members to revisit each character. Lady Mary (Michelle Dockery) was gloomy as ever, contemplating the future of Downton, Lady Violet (Maggie Smith) spouted one-liners that had the whole audience laughing out loud, and former chauffeur Tom Branson’s (Allen Leech) loyalties to Downton and England are tested. Downstairs, Thomas Barrow (Rob James-Collier) continues to explore his sexuality in a time when homosexuality was illegal, Mr. Carson (Jim Carter) returns to take the lead on preparations for the Royal Visit, and the rest of the servants plan an uprising against the royal servants when they are told that they will not be allowed to serve the king and queen. Everything is just as we left it, allowing for a warm and cozy reunion with these beloved characters.

“Downton Abbey” is a film full of love, both for the characters that live within it, and for the fans who have watched it since 2010, and now it has tied itself up with a lovely bow for the last time, sealing itself away like a time capsule, awaiting the next time someone opens it.