Chicago Sinfonietta will perform score to “Get Out,” composer to conduct 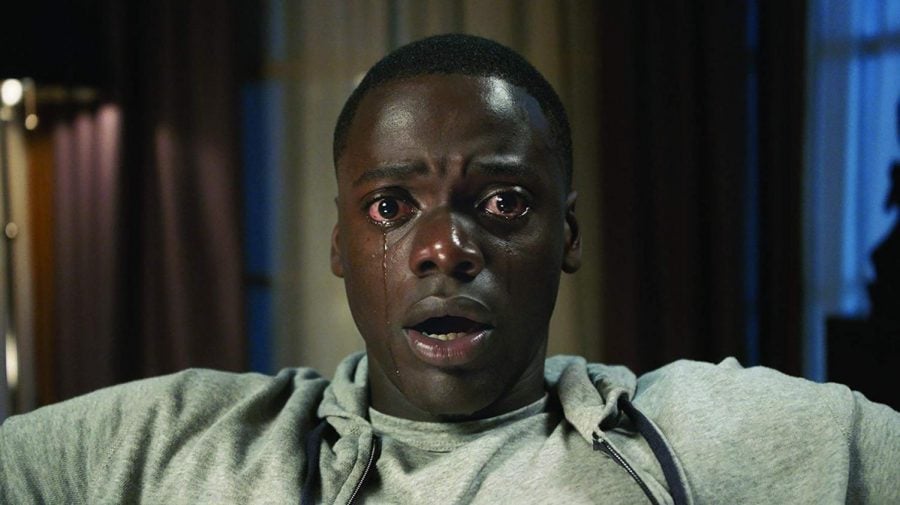 Chris Washington (Daniel Kaluuya) is paralyzed as he slips into the “sunken place.”

The Chicago Sinfonietta will take its audience to the sunken place and back during a performance Sept. 21 at Auditorium Theater, where the orchestra will perform the score to “Get Out” as the movie plays above the stage. The score’s composer, Michael Abels, will conduct the orchestra.

“The biggest surprise when watching the movie for the first time was when the credits came up and I saw Michael’s name,” said Jeff Handley, the principal percussionist at Chicago Sinfonietta and a DePaul graduate. “He’s a friend of the orchestra, so it was a real treat. The movie really became a big hit.”

Though the Sinfonietta has yet to rehearse the score as a group, its musicians say they want to bring the music to life. For vocalist Elizabeth Sojourner-Norman, another DePaul graduate in the group, the music requires more than just commonplace singing to induce the fear for which “Get Out” is known.

“There are some parts in the music where we are featured as singing ensemble, which is, I guess, prettier sounding,” she said. “But there are several parts where we are spirit voices, singing way up in the rafters, almost like sound effects.”

While many local orchestras are accustomed to performing movie scores live as the film plays above, “Get Out” is a rather unorthodox choice, as many tend to stick within the realm of John Williams movies and other liken scores. Handley said he and the other percussionists have had to adjust to ensure the performance is as authentic as possible.

“There are lots of unusual sounds,” he said. “In L.A., they have all the instruments available to them. Here, we have to rent them all.”

The movie’s continued importance in pop culture was also a decision for performing the movie’s score live as opposed to something more mainstream, according to Lily Oberman, associate director of communications for Auditorium Theater.

“‘Get Out’ made such a huge impact when it came out and sparked so many interesting conversations, so it’s a great time to revisit this groundbreaking film,” she said in an email.

When the audience leaves the performance Saturday, Handley said he hopes above all that they recognize the importance of music in films.

“People often don’t pay attention to the music during movies, and often that’s the point,” he said. “But it’s a big part of the experience, nonetheless. I want to educate more people to understand that the music here can be really powerful, sometimes scaring the audience just as much as the film itself.”