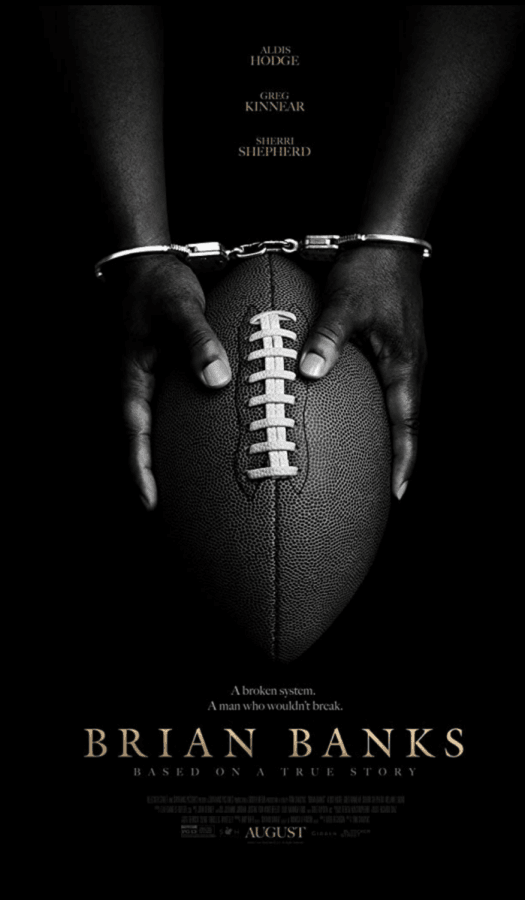 What would you do if half of your life was spent fighting a conviction for a crime you were innocent of? What would keep you fighting for justice?

These are the questions “Brian Banks” asks while delving deep into the pit of many falsely accused and convicted black men who have spent half and/or nearly their entire lives fighting crimes they never committed. The film, directed by Tom Shadyac, tells the story of high school football star Brian Banks (played by Aldis Hodge) who aspired to play in the NFL. In 2002, however, he was falsely convicted of sexually assaulting a former college classmate.

The movie begins with Brian Banks watching a group of young boys playing football as he recalls what it means to be “free.” At 17, Banks faced the impossible decision of either fighting the rape charge and spending 41 years to life in prison or taking a plea deal and spending over five years in prison confinement.

The film shows an anxious Banks being pressured to make the decision in 10 minutes with his attorney, not knowing he would also have to register as a sex offender for the rest of his life. Once the judge announces his sentencing, the courtroom erupts into an angry frenzy as a confused Banks is forced out in handcuffs, his mother screaming that he is innocent.

The sequence of events sounds all too familiar for the many others wrongfully convicted.

In 2011, Troy Davis was executed by the State of Georgia for allegedly murdering a police officer despite substantial evidence that had proven him innocent. Jabbar Collins spent 16 years of his life in prison for allegedly killing an Orthodox rabbi despite there being inconsistencies in witnesses’ testimonies and prosecutorial misconduct.

From Marvin Anderson, Scott Lewis and Leroy Harris to as far back as Emmett Till, black men in America have been wrongfully convicted for decades.

After no luck in getting employment due to his criminal record, Banks reaches out to Justin Brooks (played by Greg Kinnear) who is director and co-founder of the California Innocence Project. Banks’ persistence—which gets cringe at times—finally persuades Brooks into handling the case which turned out to be the silver lining.

Banks rekindles Brooks’ passion and reason for starting the Innocence Project and, in return, Banks receives the necessary legal assistance to eventually re-open the trial.

He used a powerful phrase after presenting in one scene irrefutable, groundbreaking evidence against the charges: footage of the alleged victim admitting Banks is innocent. However, he was still being denied a retrial.

From there, Banks gains enough supporters to fight his case; former college classmates and even the media work to spread the word of the injustice done to him. In a shot taken outside of court, Banks embraces his mother wearing a hoodie that reads in bold letters, “Innocent.”

Banks’ story, though not unusual in its essence, says there will always be a way to fight for justice. Despite all the odds being against him, Banks only shook his head to those denying him and continued to fight for his freedom.

He had every right and all the sense too because nothing compares to being free.