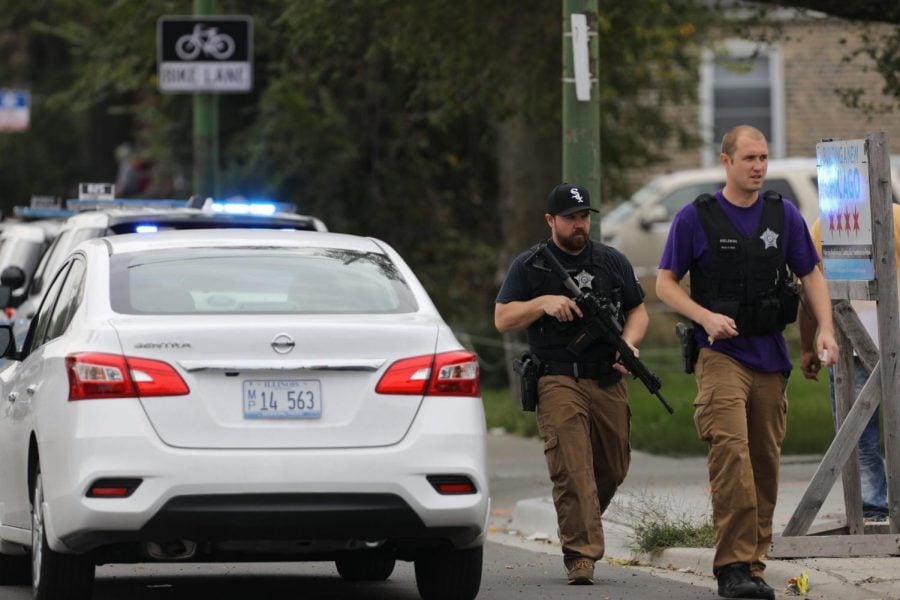 Police search for a suspect that shot a Chicago Police Department officer, near 63rd and Damen, Saturday, Sept. 21, 2019. The shooting happened around 8:40 a.m.

Chicago police say an officer was shot and wounded and two others were seriously injured after being dragged by a vehicle in a separate incident.

Police spokesmen say an officer was shot Saturday morning on the South Side and hospitalized in critical condition. They say the shooter was believed to be a fugitive and that he got away.

Meanwhile, two other officers were hospitalized early Saturday with abrasions, contusions, internal injuries and possible bone fractures. Police say the officers responded to a call of a man with a gun inside a restaurant shortly after 4 a.m. on the South Side. After the officers patted down the man, he pushed past them, ran outside, got into a vehicle and drove off, dragging both officers before getting away.

The officers’ names haven’t been released.